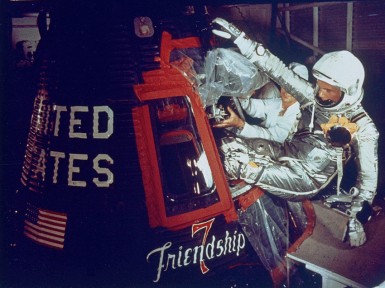 “I can’t believe we finally made it, Kent. We’ve made it to the tomb.”

“We aren’t there yet, Bethany. We still have to make it across this field.”

Kent and Bethany had been traveling by horseback for weeks, following the ancient maps and clues left by the Predecessors. They weren’t entirely sure how long ago the Predecessors lived or when the original maps had been created. Certainly it was in the time before the fall, before the plague that was rumored to have killed billions, before the return of the remnant of mankind to their simple farms and fields.

They stood a moment reviewing the scene in the mid-morning sunlight.

“There’s not much left. I mean, the reproduction of the map of this area showed more tombs and graves, many, many more.”

“Time, weather, a multitude of other factors have destroyed all this, Bethany. The Pilot’s tomb is supposed to be one of the few left.”

Kent took Bethany’s hand. They’d left their horses at the entrance of the property, deciding to desecrate this Holy Ground as little as possible. They walked forward carefully over the uneven terrain, their breath visible in the chilly air of February.

Finally they reached the stone. The outline of his ancient craft was hardly visible, but they could read the name.

“It’s him. That’s a representation of his ship, see Bethany?” Kent could barely contain his excitement.

“The craft was primitive for its day. More advanced spacecraft eventually emerged. But for people like us…”

Kent took off his backpack and opened the pouch on the side. He removed an object that had been wrapped carefully and reverently. He slowly pulled the folds of fabric away.

“Want to do the honors?”

“I’ve been waiting for this moment all my life, Kent.”

Bethany took the small replica of the ancient flag of the United States of America and planted the short but sturdy pole at the base of the tomb located on the Holy Ground of Arlington.

“We can tell the others when we return home. He really existed. Space travel isn’t just a myth.”

“If we keep learning, Kent…if explorers like us keep searching the libraries, the factories, the science facilities, the museums, through all of the ruins, we can keep learning, collecting knowledge, we can learn to rebuild.”

“Someday, we’ll be more than farmers and ranchers, Bethany. Someday the human race will rise to the stars again. Someday we’ll see if our colonies on the Moon, Mars, and the worlds circling distant stars are merely legends, or our true inheritance.”

“All thanks to heroes like the Pilot, Astronaut John Glenn.”

I wrote this short piece of flash fiction for what I think are obvious reasons.

9 thoughts on “Tomb of the Pilot”