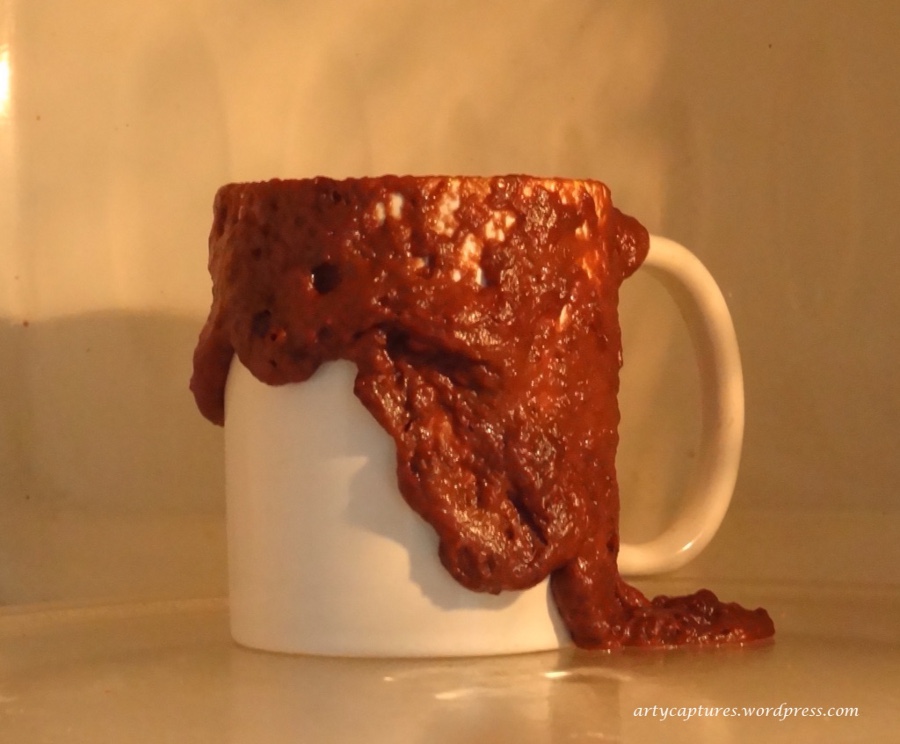 “I don’t know, Doctor. It was in my coffee cup when I opened the lab this morning.”

Louise Manners wrinkled her nose. “I told you never leave your dishes in the lab over the weekend. We work with biological…”

“Doctor, how could left over coffee turn into…into that?”

“We’d better not expose ourselves. Get the Hazmat gear. Let’s get it into a containment box.”

“Oh, there you are, you naughty fellow.”

Louise and Neil whirled at the sudden intrusion. Archie, the night janitor, was standing at the doorway. Ignoring them, he headed for Neil’s cup.

“That’s not your coffee.” He became aware of the two biologists staring at him.

“My pet fungus Reggie. I bring him to work with me for the company.”

Archie turned back to the cup. “You come with me now.” Walking out of the lab with the cup, Archie called over his shoulder. “I’ll bring this back tonight.”

“Neil, what if we could market it? Let’s get to work.”

I wrote this for the FFfAW Challenge for the Week of August 15, 2017 hosted by Priceless Joy. The idea is to use the image above as a prompt to write a piece of flash fiction between 100 and 175 words long with 150 being the ideal. My word count is 175.

To me, the image seemed hideous and humorous at the same time. I was in the midst of writing but having trouble creating the twist at the end until I considered Simon Pegg’s rather funny take on the character of “Scotty” in the “Star Trek” reboot movies (the movies themselves aren’t that great, but I like Pegg’s performance). The story then wrote itself.