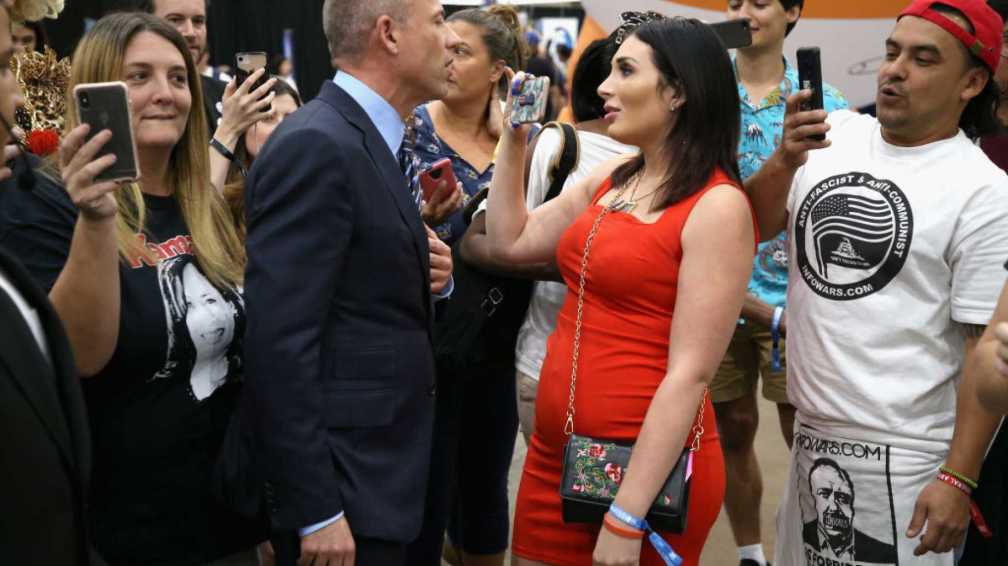 Disclaimer/Trigger Warning/Whatever: This is a rant. Feel free not to read it.

I’ve got time on my hands so, I decided to “get political” again. I just read a Daily Wire story (yes, they’re conservative) called WATCH: Laura Loomer Banned From Twitter For Criticizing Rep. Ilhan Omar, Islam. Here’s Her Response.

Up until a few minutes ago, I had no idea who Laura Loomer was, and I’m a little surprised that both twitter and Facebook banned her for life for criticizing Ilhan Omar. After all, political figures are criticized on social media all the time without such a drastic result. I myself have criticized Ms. Omar for her anti-Israel and antisemitic positions, and yet I am allowed to remain on social media.

Apparently even political scientist and columnist Ian Bremmer, though not a supporter of Loomer, commented on twitter that banning her seemed a little harsh. Of course there were many others, including The Jewish Voice who were more critical of twitter’s and Facebook’s actions.

So what did Loomer say that was so totally offensive? If you clicked on the link leading to Bremmer’s twitter account, you already know the answer, but I’ll post a screen capture just for giggles.

According to Amanda Prestigiacomo at the Daily Wire:

The tweet apparently violated Twitter’s “rules against hateful conduct,” which seem to be applied fast and loose and mostly dependent on your political ideology. Loomer, who is Jewish, had accumulated over 260,000 on Twitter before she was effectively silenced.

It took Facebook less than 24 hours to issue a suspension against Loomer.

I didn’t watch the video posted on the Daily Wire article, but apparently, Loomer took to alternate social media site Gab and issued a response:

I know that there are some conservative voices who have said that twitter is becoming increasingly unfriendly to conservatives (ironically stating this on twitter), not just super-extremist alt-right people, but more “average” conservatives, the ordinary guy or gal who just doesn’t happen to fawn all over Hillary Clinton, Alexandria Ocasio-Cortez, or even Ilhan Omar for whatever reason. From their perspective, twitter is becoming an “echo chamber” for the left, which twitter CEO Jack Dorsey admitted in an interview with the Washington Post, though he went on to say that it doesn’t affect company policy.

Since Prestigiacomo stated that Gab describes itself as “the free speech network,” and I happen to like free speech, I considered creating an account there for a few moments. But I like to do research, so I turned to Wikipedia (I know, I know) and read this:

Gab is an English-language social media website, known for its far-right user base. The site allows its users to read and write multimedia messages of up to 300 characters, called “gabs”. The site stated conservative, libertarian, nationalists and populist internet users as its target markets. Gab has been described as “extremist friendly” or a “safe haven” for neo-Nazis, white supremacists, and the alt-right.

Yikes. I don’t equate conservatives and libertarians with neo-Nazis and white supremacists, but based on this paragraph, perhaps Wikipedia does (which is horrifying). However, Pittsburgh Synagogue shooter Robert Gregory Bowers used Gab so there is that, and without excessively quoting from the article, they cite some of the users and content as:

The site is a favorite of “alt-right” users who have been banned or suspended from other services, including former Breitbart writer Milo Yiannopoulos, formerly anonymous Twitter user “Ricky Vaughn”, and white supremacists such as Richard B. Spencer, Tila Tequila, Vox Day, and Britain First. Andrew Torba, the CEO of Gab.ai, was himself removed from the Y Combinator alumni network because of harassment concerns, starting when he used “build the wall” to insult a Latino CEO. Until 2016, Torba was registered as a Democrat, although he voted for Donald Trump and other Republicans.

I’d rather not be associated with any sort of extremist group, so I’ll probably steer clear of Gab (though I suspect that among the so-called extremists are just a bunch of ordinary people who happen to be conservative and who are tired of being called various names in more liberal biased venues), and so far, my encounters on twitter, for the most part, have been pretty benign, but then again, I’m not a high-profile anything, so I’m easily ignored.

So people like Ms. Loomer may make themselves lightning rods for controversy, and indeed, that could be part of their professional “branding,” but what I see happening more generally is that all political viewpoints seem to have become more radicalized, polarized, and extremist. That’s pretty distressing to me, because relative to all this, I view myself as more or less a moderate leaning toward conservative and with a few libertarian values.

If twitter becomes increasingly leftist and Gab is the alt-right counterpart, where do “real” people meet and talk within the realm of social media? Also, is it wrong to call out antisemitism when you see it and (gasp) to oppose the practice of Female Genital Mutilation (although I guess it is, since some Federal Judge said it was unconstitutional to ban the practice)?

Of course, I do live in a world where at least some people think the classic animated film A Charlie Brown Thanksgiving is racist (though fortunately, African-American journalist Jeremy Hilligar provided a sane voice on the matter).

33 thoughts on “Which “Echo Chamber” Should I Choose?”