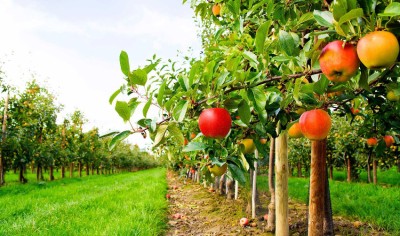 Alexander May had created a way to save the world. Unfortunately, the rest of the world found out about it.

Dr. Alexander May, Ph.Ds in Particle Physics and Temporal Mechanics, retired Owner and CEO of TimeTeck, one of the largest and most profitable technology companies in the world, had watched that world continue its downward spiral toward an ethical and moral vacuum for most of his life. Wars, rumors of wars, earthquakes, plagues, and runaway environmental pollution was bringing life on Earth to a slow and agonizing end.

May knew he could fix it all. He could make the Earth life-sustaining again, bring peace to all nations, tribes, and clans. What was required was totally reorganizing the time-line and completely rewriting history.

All of the so-called climate change advocates were a bunch of hypocrites. They wanted to restore a sustainable planetary biosphere, but they didn’t want to make the sacrifices necessary. The world wanted to keep the Internet, their iPhones, their cat videos, and the rest of that crap.

You can’t have it both ways.

May crouched in his bunker buried on the grounds of his former company (one of the perks of being the retired owner is that he could still use the facilities), making the final adjustments to the circuits just below the control panel. The Reorganizer had an independent power source, so it didn’t matter that the National Guard had cut the electrical lines to TimeTeck’s main campus in Menlo Park. However, it was only a matter of time until they broke through the five feet of concrete that separated them from him.

“Just a few more seconds.” May muttered to himself while working. When anyone mentioned this habit, he said it helped him think.

“There. Got it.” He closed the access panel, inserted the screws and tightened them.

“I wouldn’t have to go through all this if Mia hadn’t gotten scared and shot her big mouth off.”

Mia Petrov was his senior technical assistant for this covert little project. May needed about a dozen or so experts to help him design and build the components for the Reorganizer, but he only gave each one of them a part of the plans in the hopes none of them would figure out what he was building and why.

Petrov just smart enough though, and alerted the authorities. Fortunately, May was paranoid enough to have his lab built in a bunker. He had called it a “secure facility for the testing of confidential prototypes,” which wasn’t exactly inaccurate, but he wasn’t protecting corporate secrets, just the end of the world as everyone knew it.

If the Reorganizer worked as May planned, then humanity, the entire planet, hundreds of years of history, would be changed in such a profound way, that all of the problems associated with modern life in the 21st century would simply cease to exist. Petrov must have gotten a look at the complete program for the unit and realized the extent of what May planned.

In the argument they had between them before she stormed out of his office two days ago, she accused him of trying to send the world back to the days of horse-drawn buggies, the days where women were the property of men, where African-Americans were slaves, immigrants were all enemies, and anyone who was LGBTQ had to closet their identity for fear of persecution.

She told the world he was a monster and they believed her.

May could hear explosives going off outside, but he and his equipment were well insulated.

“Just a matter of time.” He was still muttering as he sat down at the controls. “Only a few seconds left. I wonder if I’ll remember what I did?”

He threw the switch. “This should happen very quickly.” The room shimmered around him and then went black.

Alexander May sat in his rocking chair on the front porch of his country home. His wife Sarah had died some years back, but his three sons, their wives, and their children lived on the grounds and continued to tend the orchards he originally planted fifty years ago.

Abai Eze owned the accompanying acreage and grew mostly apples. Eze had immigrated from Ethiopia thirty years ago and the two old men had been best friends ever since. Eze was expected any moment and sure enough, there he was pulling up in his horse-drawn wagon now.

“Abai.” May stood up grinning at his guest, arms wide open.

“Alex, you old rascal.” The two embraced, and then May sat back down while Eze took the seat next to him. May’s fifteen-year-old grandson Matt brought iced lemonade out for both of the men and then went back to his homework.

“You mean Matt? Fine, fine.” May took a sip of his drink and was pleased that the boy remembered his instructions to include a healthy dose of bourbon.

“Some of the young people have a tough time coming out. Thought Matt might be one. He’s always been so shy.”

“He knows his family loves him, Abai.”

“That he does. That he does, indeed.” Eze paused thoughtfully for a moment. “It’s a wonderful world we live in, Alex.”

“I suspect it wouldn’t have been if the industrialization of the 19th century had been allowed to progress.” Eze had inadvertently turned the conversation to May’s favorite topic.

“Indeed, Alex. Fortunately the Age of Enlightenment occurred at the beginning of the 20th century and the world’s nations saw the wisdom of composing and signing the International Agrarian Treaty of 1922.”

“You know, I’ve actually travelled to Philadelphia and seen it with my own eyes, Abai.”

“I’ll have to make the trip someday before I get too old.”

May stared into the distance and then up at the pristine blue sky. “If it wasn’t for that treaty, this planet would have been a mess.”

“Speculative history to be exact. Taking the events of the past and projecting what might have happened if the Agrarian Treaty had never existed.”

“You always liked a good horror story, Alex. Runaway pollution, racial strife and inequality, wars between nations, subjugation of women. Would all of that really have happened in the world of today?”

“Well, I don’t have a crystal ball into other realities Abai, but I believe my theories are sound.”

“Then it’s a damn good thing that treaty was signed and enforced. Otherwise you and I might not even be friends.”

“I’d sure miss that, Abai. I truly would miss that and all human beings living together in peace and dignity on a clean and life-sustaining world.”

I got the idea for this story in part from a comic strip called Non Sequitur, created by Wiley Miller. In today’s strip, Miller drew a sign posted in front of an antique store saying, “Buggy Whips Refurbished, TV Antennas Re-Attached, Electoral College Rationalized.”

He, and I suspect a lot of people, fear a Trump Presidency will send our nation rocketing back in time sixty or seventy years. I don’t know what Trump is actually going to do, but a trip back to fix a few mistakes might not be a bad idea.

The other catalyst for this story was a conversation I had yesterday with my son Michael. Michael is a political and social liberal but we can still have sane and civil conversations about Trump, Clinton, and what we think will happen next.

We also talked about climate change, and I suggested if people really, really wanted to restore the Earth, they should abandon all or almost all modern technological conveniences (no more Internet) and return to an agrarian society. The concept of restoring a biosphere by changing a society from industrial to agrarian-based prominently figured in the 1991 Star Trek: The Next Generation episode Devil’s Due.

We’ll never do it, but I think it would be possible to restore the good things about the past without bringing back all the bad things.