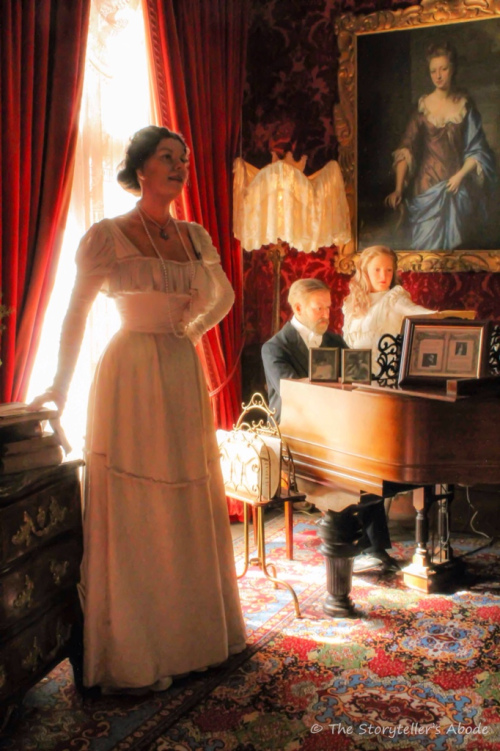 Sidney Feldman finally acquired the crown jewel of his collection, an original Joyce, circa 1897, simply titled, “Woman Singing.” It had been taken from its Jewish owner by the Nazis in 1939.

Feldman found it at an estate sale and knew immediately what he had. True, he could have returned it to the owner’s heir. He was even acquainted with the family.

But he was a collector, and the painting was priceless.

He heard the music the second night the painting was mounted in his private exhibition room. He staggered there and sat on the floor. The melody was mesmerizing. Feldman was there for days listening to her exquisite voice, his piano playing, watching the girl endlessly turning pages of music for her Father.

He died of thirst a week later. The maid eventually discovered the body. The authorities investigated and found dozens of items in the Feldman collection that rightfully belonged to others.

“Woman Singing” was returned to the great-granddaughter of the man who died in Berchenwald. She donated it to Yad Vashem in Israel.

This was written for the FFfAW Challenge-Week of March 28, 2017. The idea is to use the image above as a prompt to write a piece of flash fiction between 100 and 175 words long, with 150 being the ideal. My story word count is exactly 174.

28 thoughts on “The Collector”