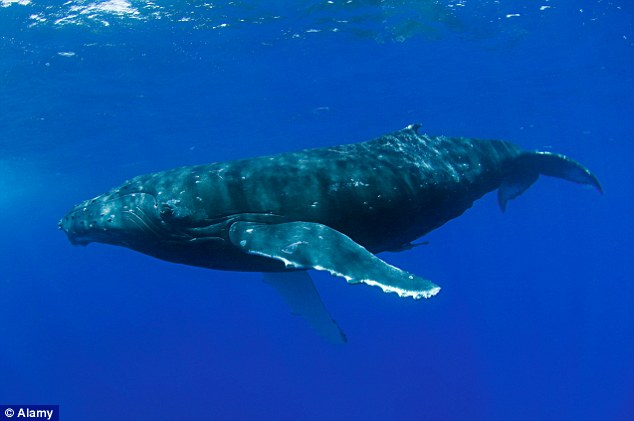 Physicist and Mission Specialist Jamie Benjamin and her team of three arrived at the orbiting Mars Base Camp exhausted after their nearly two-hundred day trip from Earth to the red planet. But they were astronauts and had to fulfill their grand legacy of being stoic pioneers. Jamie could almost feel Neil Armstrong looking over her shoulder as she stepped through the airlock and boarded the station.

“Welcome to Base Camp, Dr. Benjamin.” Commander Donald Sharp, in operational command of Base Camp and coordinator of Mars Manned Missions smiled and extended his hand.

“Thank you, Commander.” She took his hand. He was obviously a “firm handshake man”. He reminded Jamie of her Dad. “Call me Jamie. We’re a pretty informal team.”

“Thank you, Jamie. I’m Don. On Base Camp we can be pretty informal too, but planet-side, I like to maintain a certain amount of decorum.”

She stepped aside so she could introduce her team. “Dr. Margie Singh, Temporal Imagining Expert, Ron Bridger, Materials and Electronics Engineer, and Wyatt Crow, Software Development.”

Sharp greeted each one in turn as formality dictated, then introduced the five members of Base Camp. Each one had been here at least a year, risking permanent disabilities due to prolonged exposure to radiation and the effects of microgravity. Jamie and her crew would be here a mere twenty-eight days before returning to Earth on the Hermes spacecraft, but lengthy space travel was just as dangerous.

There wasn’t enough space inside Base Camp for its regular complement and Jamie’s team to also accommodate the crew of the Hermes, so they would stay aboard the ship, except for visits to the station when Jamie’s team was working on the surface

“We’re a bit roomier than the Hermes, so I imagine you and your people would like to take a day or two to reorient yourselves.”

“A day will be more than enough, Don.” Jamie took some pleasure in using the Commander’s first name. “We’re anxious to get on with our mission.”

“I understand. In that case, we can board the Sortie Shuttle tomorrow at 11:30 hours and descend to the Gale Crater Habitat.”

The Base Camp had one reusable shuttle that allowed the crew and mission specialists to visit the Martian surface and then return to Base Camp when their work was done. The Gale Crater Habitat or Hab was one of four shelters they could use as a base of operations on the surface. The Habs were managed remotely from Base Camp, so the Gale Crater Hab could be powered up and ready for their arrival by tomorrow.

Gale Crater was the confirmed location for the experimental mission. If the Temporal Shift Unit worked as well on Mars as it had in their tests on Earth, they would witness events had occurred 3.5 billion years ago.

The next day, Commander Sharp piloted the Sortie into the atmosphere, while Captain Sky Richards acted as co-pilot. Engineer Kenneth Osaka, the only civilian aboard the shuttle besides Jamie and her team, would manage shuttle and Hab operations. 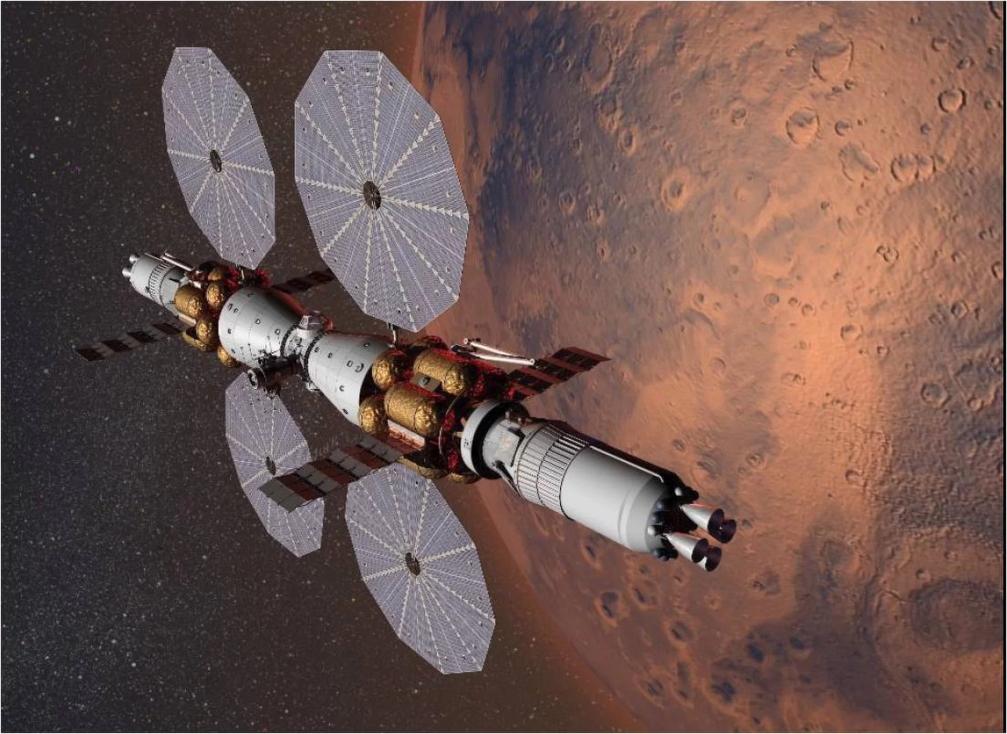 The Temporal Shift Unit. It wasn’t time travel, not as such. No one was going back into the past. However, the Unit’s holographic projector could reach into a multi-dimensional realm and image objects and events that occurred long ago. It couldn’t show you what you had for lunch last week, but it was certified to observe events as recently as 25 million years ago, with a limit of digging approximately 4 billion years into the past.

Scientists were making extensive use of it on Earth to confirm theories on ancient life forms, climate, geology, and a wide variety of other incredibly useful information.

This would be the first time it would be used on another planet.

It was three days later. The shuttle landing near the Hab was routine, but every time the unassembled Time Unit was moved, the components had to be re-inspected. Then Jamie’s team had to load it into one of the two solar-powered Rovers stationed at the Hab for their fifteen kilometer trip down into Gale.

Once they arrived, Jamie, Margie, Ron, and Wyatt spent a full day assembling and testing the complex machinery.

Gale Crater was believed to be one of Mars’ long dried up lakes. All liquid water on the Martian surface evaporated billions of years ago, but that didn’t mean it was gone forever.

“If this device works as well as it did in the tests on Earth, we could very well see what this crater looked like over three billion years in the past, Commander. I suggest we all anchor ourselves to a specific spot.” She was speaking to the entire team. “When the unit activates, it will seem like we’re 5,000 meters underwater and it will be way too easy to become disoriented.”

“Proceed, Dr. Benjamin.” Sharp really did seem to live out the stoic astronaut role that originated with men like John Glenn. Although Jamie didn’t show it, she felt like jumping up and down with excitement.

“Are we ready? Margie? Ron? Wyatt?” She faced each one of them and they all gave her the “thumbs up” sign from their specific stations around the Unit.

“Activating the Unit now!” Jamie’s voice revealed the thrill of the moment.

Abruptly, the thin air around them rippled and twisted. It was as if they had become suddenly surrounded by a thick cloud of dust.

“I’m adjusting the focus, Jamie.” Margie was frantically working at her control station. “We should see the image form in a few seconds.”

Ron and Wyatt had already done their jobs by constructing and testing the unit’s hardware and software. Now they were just monitoring the its operation while Jamie and Margie aligned the device’s parameters to the target date.

Then everything came into focus and it was as if they were at the bottom of the ocean, which was expected. The projector adjusted the light values so they could see, even though it should be almost completely dark.

They looked around them startled by the unexpected.

There was leafy plant life growing on the lake’s floor and on structures that looked somewhat like coral.

Jamie let out a sigh. “I guess I shouldn’t be surprised, but so far, we’ve never found any evidence that Mars supported even microscopic life. Maybe we should have brought a biologist.”

“Jamie, what’s that in the distance?” Ron was pointing at several large, moving shapes to the southwest.

“Whatever they are, they’re coming closer.” Jamie and the rest of them stared. The shapes were undulating, crisscrossing each other’s path. There were three large ones and two smaller ones.

“They almost look like…oh my God, they are. They’re whales, a small pod of humpback whales.” Wyatt felt his heart beat faster. “But that’s impossible.”

“I thought they might be clumps of vegetation pushed by the currents, but…” Jamie’s voice trailed off.

Jamie looked over at Osaka and noticed he was on the verge of running. “Easy Ken. We’re not really here. This is just a holographic projection. The whales can’t see us. They all died billions of years ago.”

“Did they? There are humpback whales on Earth now, but those species evolved millions, not billions of years ago.” Wyatt was more fascinated than frightened.

Jamie couldn’t blame Ken for nearly panicking. Through the evidence of their own eyes, what they saw was indistinguishable from the real world. But when the astronauts moved, they could tell they were in Mars’s thin air, on a dry surface, not deep under a small, inland sea.

“How do you know, Wyatt? You’re a software engineer.”

“I once thought about a career in oceanography. Spent a summer internship at Scripps as an undergrad.” 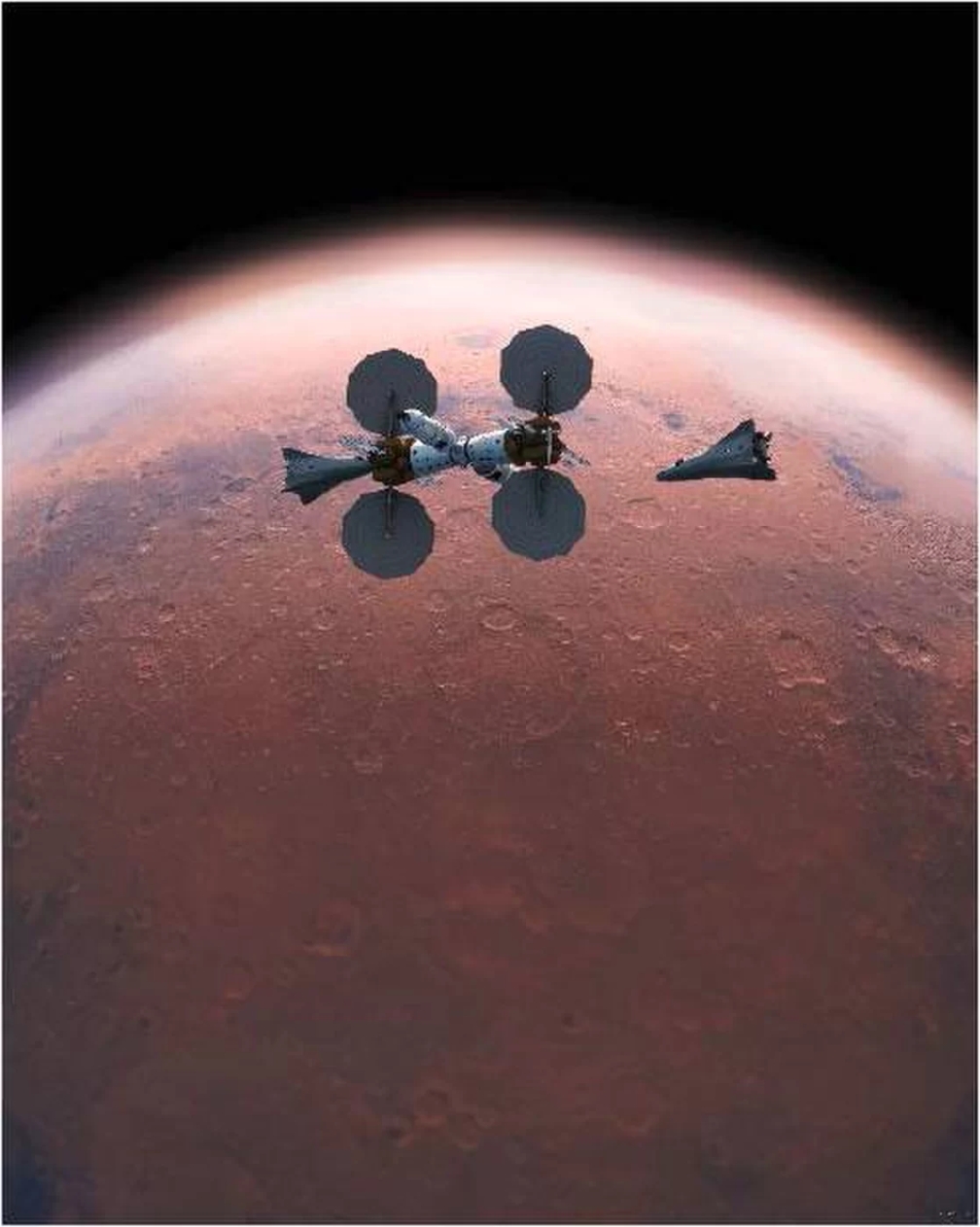 “How the hell can these be humpback whales? You said it yourself Wyatt. Whales evolved on Earth millions of years ago. How can they exist over three billion years in the past on Mars?”

Jamie spoke up before Wyatt could reply. “I don’t know, Margie. But we’ve got two weeks worth of experiments with the Temporal Unit. We’ll record all of this, transmit it back to NASA. Let them try to figure all this out.”

The largest creature appeared right in front of Wyatt. He reached out and tried to touch the animal, but his hand passed through the image. “Jamie, we’ve got to find out. This could change everything we know about how life emerged on Earth.”

“What are you saying, Wyatt? That whales are originally Martian?”

“I’m saying that maybe we are too.”

Almost a week ago, I wrote a much shorter version of this story for a flash fiction challenge. I got a number of comments asking me to expand on it to resolve the mystery at the end of that tale. I couldn’t resist creating another one.

How could humpback whales exist on Mars 3.5 billion years ago and how did they ever get to Earth?

Oh, the Base Camp concept exists. Click the link I provided in the first paragraph to read about it.