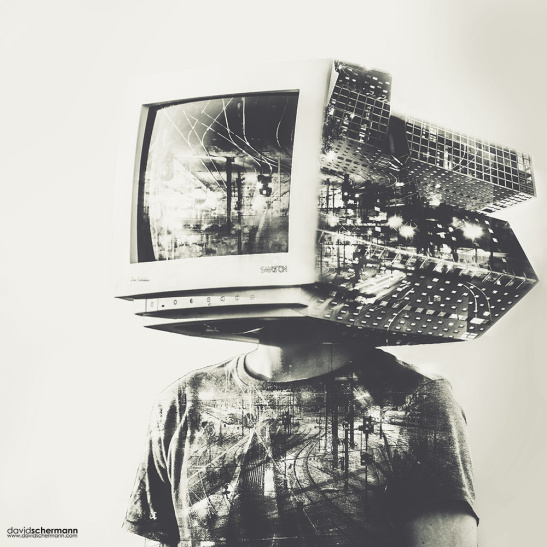 People assumed he saw everything all at once, but if that were true, clearly the sensory overload would have driven him crazy the first half-second he’d been connected. The only reason it was possible at all was because of his unusual brain structure, specifically a complex network of interconnections that “shadowed” the typical systemic neurology everybody else uses for sensory processing. His “extra” processing system was ideally suited for managing massive amounts of digital information.

So Kelly Elliott agreed to become a guinea pig and let the eggheads at the Conceptius Institute on the University of Washington campus hook his brain directly to the internet.

At first, he was confined to a small suite of labs since the link was dependent on hardwired routers, processors, and memory buffers, but after a while, he found he could maintain the link wirelessly.

Seattle had recently launched its Municipal Wireless Network city-wide, so anywhere within the city limits (and for a mile or two outside of them), he had instant, free connectivity.

When being interviewed, one of the most common questions Kelly got was “What’s it like to be connected 24/7?”

The answer was difficult to articulate since no one else had his frame of reference, but what he told them was, “It’s like the internet is my auxiliary memory. I don’t have to worry about what’s in my brain because I can instantly access any information that’s available online.”

He had adjusted to having such access during the day and he was able to consciously shut down the “noise” at night so he could sleep. His dreams however were astonishing because content could be incorporated in them from anywhere, and his waking-state filters were mostly offline.

Given his unique abilities, he was able to pull together data instantly from multiple disparate sources and make connections and associations no one else could possibly accomplish. Kelly could tell you which baseball team would win the World Series, how well the newest Star Wars movie was going to do at the box office, and even what the President was going to order for lunch next Thursday while on vacation in Belgium.

Needless to say, he became fabulously wealthy, especially since his connectivity was self-sustaining and he no longer needed the think tank eggheads.

However his ability to make earth shattering predictions wasn’t perfect since after all, he was only human and could still misinterpret subtle shifts in information.

That’s how he missed the earthquake.

It had long been known that in the Cascadia subduction zone, an oceanic plate was trying to slide under the continental North American plate. For a long, long time, neither plate would budge. Then the southern part of both plates suddenly slipped.

Later, it was reported that the initial quake registered 9.2 magnitude on the Richter scale liquefying solid ground under some of the most expensive real estate under Seattle and creating a hundred foot high tsunami that significantly added to the ruin.

Rescue crews found Kelly Elliott sitting on the floor of his living room. The front of his house had collapsed, but miraculously his home’s interior was mostly intact.

The one thing that definitely wasn’t intact was Kelly. He was rushed to the Northwest Hospital and Medical Center and over the next week, extensive tests were performed. But the only thing the doctors learned was that, even though he was otherwise uninjured, he was in a coma for reasons unknown.

Finally Dr. Marcia Daniels, the Chief Neurologist at the Conceptius Institute and the person mainly responsible for talking Kelly into the connectivity project in the first place hit on it. When the quake struck, among all of its other devastating effects, it knocked out the city’s Municipal network for nearly five hours.

Kelly had become not only accustomed to but actually dependent upon having his brain constantly linked to the web. An interruption of up to three seconds would leave him totally bored. If he was offline for over a minute, he would become deeply depressed.

Deprived of universal connectivity for nearly sixty times that long shut him down completely. Restoring wireless or even hardwired linkage didn’t help. He was too far gone. The voices, images, smells, sensations, everything his brain expected and needed had vanished, and deep within his own dark prison of the mind he was still searching.

I wrote this for Photo Challenge #195 hosted at Mindlovemisery’s Menagerie. The idea is to use the image above as the inspiration for creating a poem or short story.

I have to admit that this isn’t my best story. I figured out pretty quickly how I wanted to interpret the artwork, but it feels so cerebral. I’m having a hard time putting a “soul” into Kelly. Maybe that’s because ultimate connectivity deprived him of one. He’s like those people who have to be on their cell phones for nearly every waking moment but amplified to the Nth degree.

Without constant input, he becomes bored, then depressed, and then finally comatose. Maybe he should have unplugged for a while. Now, it’s far too late.

Oh, for research, I looked up Sensory processing, Systems neuroscience, and which U.S. cities have Municipal wireless networks (Seattle isn’t one of them but I’d already settled on the Puget Sound area for my location). Additionally, I did discover that Seattle is headed for the mother of all earthquakes as I briefly described. It’s just a matter of when.

Edit” Almost one year later, I’m recycling this tale for Sunday Writing Prompt: Technology hosted again at Mindlovemisery’s Menagerie. When I saw the image, I thought of a person permanently connected to the internet, and then remembered I’d already written that story.