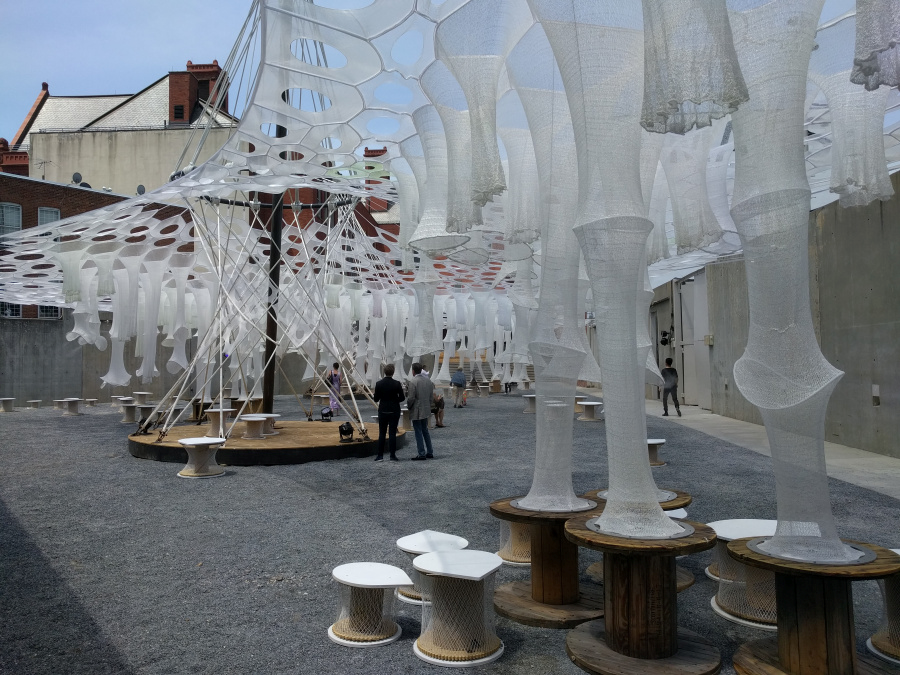 “Beats me Enrico, but my calculations say we’ve got another twelve hours and nineteen minutes to find out before the next reality shift occurs.”

“We wouldn’t be in this mess if that plane carrying MIT’s experimental quantum resonator hadn’t overshot JFK International and crashed in Queens. I wonder why only Jamaica was affected?”

“Probably has to do with the available power and the size of field it could generate.”

“Enrico, do you ever wonder what happened to the original inhabitants here?”

“I hope they’re living in a better world than this one.”

I wrote this for the Rochelle Wisoff-Fields photo writing challenge of January 5, 2018. The idea is to use the image at the top as the prompt for crafting a piece of flash fiction no more than 100 words long. My word count is 100.

I was stuck on this one but then in the image’s URL, I saw “roger bultot art”. I Googled “Roger Bultot artist” and among other responses, found his Flickr page. Since it says he lives in Jamaica Queens, NY, I set my story there. The fact that it is fairly close to John F. Kennedy International Airport was a plus.

Beyond that, I decided that due to some terrible technological accident, every twelve to twenty-four hours or so, a different version of Jamaica appears on the site. Since the possibility of different quantum realities is limitless (in the fictional universe I’ve just created), all manner of strange and unreal things might appear, including the artwork in the photo above. Al and Enrico (named for Albert Einstein and Enrico Fermi) are scientists studying the phenomena.

I guess we’ll never know where the people who were originally living in Jamaica ended up.

78 thoughts on “Whatever Happened to Jamaica?”