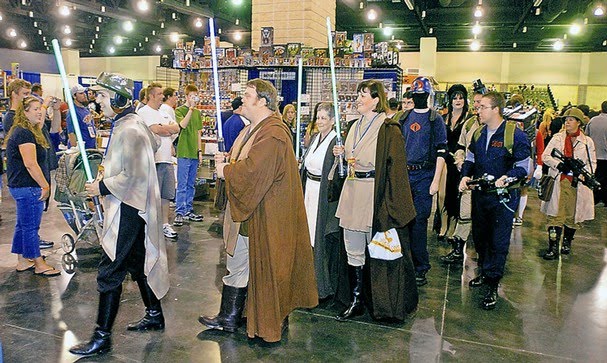 In recent comments on the File 770 SF/F news blog criticizing veteran SF writer Robert Silverberg over comments he made about author NK Jemisin’s Hugo Award acceptance speech last summer, one of the things mentioned is that Silverberg hasn’t read any SF stories written in the past ten years, like that’s a bad thing.

In comments I made on twitter last summer criticizing the objectivity of the Hugo Awards, one person accused me of not being “a fan,” as if being a fan were some sort of exalted and coveted position.

But as I continued to gather information about the Hugos and how one is nominated for an award, I realized that although the pool of voters each year is relatively small (I’d estimate anywhere between a few hundred and a few thousand), probably all of them are avid SF/F readers and viewers who consume tons and tons of the latest available works. I guess that’s what my critic meant when she said I wasn’t a fan.

But wait a minute. How much SF/F do I read?

First of all, I don’t exclusively read science fiction. I have other tastes, such as mysteries, and even the occasional biography. Also, I read a non-trival amount of material written by indie authors, so they’re not in the mainstream and they are highly unlikely to receive any awards (I’m not even sure if the rules allow indie published SF to be nominated for a Hugo).

Anyway, I got curious and decided to find out, so I created a new page on this blog called Book and Film Reviews. I wrote a fair number of reviews in 2016, none in 2017, and picked them back up again this year (and 2018 is just about done).

I found a total of 30 reviews that I’ve written over the past two years or so, mainly of books and films, though I did review one television series and one graphic novel.

Of those 30, 21 of them were some printed work, a novel, anthology, or short story. Of those, 17 were in the realm of SciFi. Finally, of the SF material, 15 were published in the past ten years (I did read “The Man in the High Tower,” but it was published in 1962, and I also read Atwood’s “A Handmaid’s Tale,” but it was published in 1985, so I guess those don’t count). Now I probably read more books and stories in the past two years, but those were the ones I reviewed on this blog (and on Amazon), so those were the ones I could quantify.

Currently, I’m reading a book a friend at work lent me called The Strange Affair of Spring Heeled Jack by Mark Hodder which was published in 2010, so it also “counts.”

However, I think it’s in my best interest to read as much recent SF/F as possible to get some sort of idea as to what seems to be popular. Since the aforementioned NK Jemisin’s Hugo Award winning novel The Fifth Season (The Broken Earth Book 1) is available through my local public library system, I think I’ll make it next on my list. I’m also interested in comparing my favorite award winning SF novels from my youth to those modern award winners. It’s going to be interesting.

I belong to a closed Science Fiction group on Facebook, and with all this in mind, I posed the following question:

Last night, I re-watched the 1966 two-part Star Trek episode The Menagerie, the only episode to win a Hugo award. I think it really was magnificent storytelling, but then, I’m pretty old school. It made me wonder if, over the long decades, the nature of “award-winning” science fiction stories have changed based on evolving social consciousness and requirements. Saying that, I further wonder if I’d be as impressed with modern Hugo award winners. Anyone out there have a perspective on this?

Yes, last night, I was in the mood for a good, old-fashioned space opera and this one filled the bill nicely, but it does bring up the question of whether or not my taste in SF is too “old school.” Maybe that’s one of the reasons none of my submitted stories have been selected for publication so far. Maybe they read like they were written in the 1960s or 70s.

Actually, I don’t think that’s a major concern, largely because of the feedback I received in the fiction writing class I took last month. However in considering my consumption of SciFi, perhaps my taste in stories is like my taste in music, which is to say, frozen a few decades in the past.

Well, there’s only one way to find out.