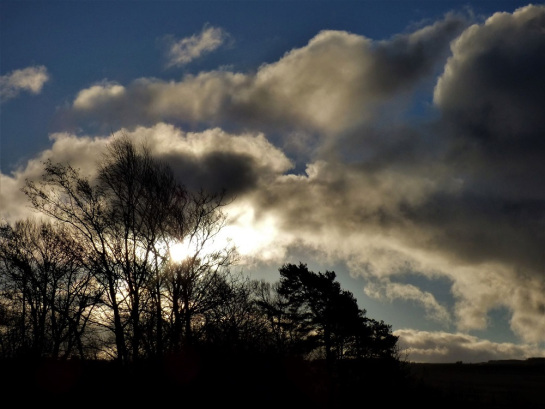 “Come on, Grandpa. Over here.” Three-and-a-half year old Jillie ran ahead of sixty-three year old Robert, who was starting to feel the icy talons of fear clutch his heart as his migraine interfered with his control.

“Coming, Angel.” Wiping moisture off of his forehead and locks of long, graying hair, he knew the migraine would not let him tolerate trying to run, but he walked as fast as he could, blue jeans and boots catching in the cheat grass, sweat clinging to his checkered flannel shirt and denim jacket. If she should stray too far ahead while he couldn’t concentrate, there’s no telling what would happen.

The blond child, dressed for the winter weather in dark blue jeans, a snug, long-sleeved shirt, and her favorite turquoise jacket with Elsa and Anna on it, dashed forward toward a copse of trees. Sunlight was streaming through a partially cloudy sky, rendering the barren branches of the tall maples ahead in silhouette.

She and her older brother Tyler had stayed overnight at Robert and Maggie’s house, and while his wife and grandson were making pancakes for their breakfast, he had taken the always active, rambunctious toddler into the field out back to run off some energy. Unfortunately, the migraine struck suddenly, and as the light around him haloed and nausea swept through his gut, he knew it was too late to get her back home.

“Let’s play Turu, Grandpa.” She was running around in circles ahead of him in the tall grass, her arms flapping out to her sides as if she were trying to fly.

He could hear the crunching and swishing of the grass, which was waist-high to the little girl, as if he were in an echo chamber. The light had gotten too bright and he had to squint to see, and the left side of his skull felt like it was being squeezed in an iron vise. He must have stumbled, because he found himself on his hands and knees. Robert had lost all sense of Jillie’s aura, which meant that a tiny child now had full access to unimaginable power.

“Grandpa! Can you hear me?” She was shaking his shoulder with both hands. “Wake up, Grandpa!

He couldn’t leave her helpless, or the world helpless. He didn’t know who or which one was in the greater danger.

“Grandpa, are you sick?” She kept shaking him, then she wrapped her arms around his neck and sobbed. “Get better. I take care of you.”

He smiled without meaning to because she was so sweet and nurturing, wanting to comfort him like all those times he had cared for her after nightmares, skinned knees, and the bitter disappointment of having a bedtime.

She tried to lift him, which was futile, but he had managed to get up to his knees. Trying to look up, the brilliance of the morning sun amplified by the migraine made it hard to open his eyes.

Then he heard it and knew instantly what she had done. “Turu,” he whispered.

The sound of enormous wings flapped, blowing a gush of air, like a strong wind with each forward motion which hit him like a storm. The beast’s cry would have terrified the largest and most fearsome raptor to soar the skies above. Its kind hadn’t been seen upon the Earth in over 65 million years…except on the old children’s animated TV show that his granddaughter loved.

“It’s Turu, Grandpa. We can ride Turu.” He managed to get his eyes open and saw Jillie jumping up and down excitedly, squealing, and pointing with her right arm toward…Turu.

Even resting on its haunches on a bare patch of ground, it was as tall as a giraffe. Robert was just over six feet tall, if even if he stood up, his head would only reach to its lower hip and the tip of its folded wings at rest. He dared a look upward, and the yellow, brown, and gray speckled dinosaur, summoned by the little girls imagination coupled with hereditary arcane and otherworldly energies, looked down and regarded the older man. Robert thought he saw a sort of compassion in its pale green eyes.

“Down, Turu. Down.” She was speaking to the extinct flying creature as she would to a dog, and amazingly, he responded in the same vein, lowering its head and neck so that it was parallel to and then flat on the uneven earth.

“Get on, Grandpa. We fly home.” She made the astonishing announcement with the same expectation as when she asked to watch a video, or said she was ready to eat lunch.

If this were some manifestation from a time machine, or a long dormant prehistoric animal come to life, it never would have worked, as this “Turu” was not meant to be carry passengers, having no natural body part where they could hang on, but because it lived only in the mind of a child, anything was possible and even likely.

Robert managed to struggle on its neck, where Jillie had already located herself. He huddled over her as if his ailing body could shield her from the effects of flight.

“Up, Turu. Fly,” she commanded, and the pterodactyl abruptly leaped high, springing upward with its legs, and then quickly extended its wings to their full 35 foot span and beat them rapidly.

He thought it was a miracle he didn’t vomit as they climbed so suddenly that his stomach became bottomless. The creature cried out again, a screech sounding something like both an eagle and an elephant. How powerful had Jillie become without his influence? He could see “Turu” and obviously she could, but did she pull him so far into reality that everyone else could as well?

They must have been in the air less than a minute when both man and child fell a short distance into their backyard. Jillie sprang up immediately, but Robert was still in pain, half blind and half deaf, and disoriented.

“How did we get here?” Then he looked up. The yard was empty except for the two of them, and the sky only displayed sunlight, gray and white clouds, and birds of the usual kind.

“Robert, what happened?” He recognized his wife’s voice as she stepped outside.

“Grandpa!” Tyler ran past her and took one of Robert’s arms as Jillie tried to pull up on the other.

“Just a migraine, Hun.” Maggie had reached him and all of them working together got Grandpa up on his unsteady legs.

“Well, come inside and lie down. I’ll get you something. I’m sorry you don’t feel well.”

He put much of his weight on her as she eased him across the patio and into the kitchen, the two children in tow.

“What happened out there?” The woman was whispering, fearing what Robert already knew.”

Now that both kids were with their Grandma, she’d be able to reassert control, and as long as she maintained her link, they could wander off even to a significant distance, and all they would be was a nine-year-old boy and a three-year-old girl.

It was mid-afternoon when Robert got out of bed again, his mind still in a faint haze. He walked to the set of windows at the back of the kitchen by the table and saw Tyler and Jillie zooming around the backyard. It would be the little girl’s nap time, soon. She was chattering to her brother about flying on Turu’s back with Grandpa, but the boy thought it was just her childish imagination, and in a way, it was. 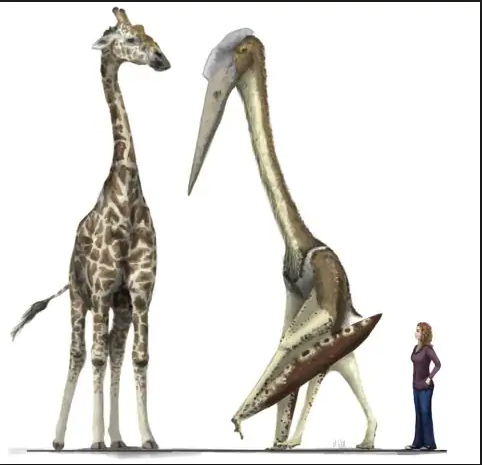 Maggie was out with them, cutting back the last of the sunflowers, preparing them for the rest of winter and an eventual spring. By the time Jillie got up from her nap, she wouldn’t remember that she had made Turu real and that it had actually flown with the two of them on its back. The fact that the police hadn’t been summoned by a panicked neighborhood told him that what she had created a few hours ago had only been created for them.

It was their responsibility as grandparents as well as their son’s to watch over the youngest inheritors of such wonder and will, for no child could comprehend and manage this power without courting disaster. When Tyler turned thirteen, they would reveal the ancient secrets to him and he would begin his training, although Robert secretly thought that of the two of them, it was Jillie who would be the greater.

I wrote this for Thursday photo prompt: Clouds #writephoto hosted at Sue Vincent’s Daily Echo. The idea is to use one of Sue’s original photos as the prompt for crafting a poem, short story, or other creative work.

Last April, I wrote a wee tale called The Girl Who Liked Pteranodons based on my then not quite three-year-old granddaughter’s love for the old Jonny Quest cartoon, and especially the episode Turu the Terrible which featured a Pteranodon, otherwise known as a pterodactyl.

I’ve been wanting to write a series of children’s stories for my granddaughter based on her, but I’m having a tough time getting a handle on it. This story is a crude attempt to try out a few ideas. Basically, I’d like to have a main girl child character who can do anything with the power of her imagination in combination with other forces. Naturally, you can’t have a little kid running around with the ability to alter reality, so there has to be someone inhibiting their natural abilities until they are mature enough to be trained.

This is one of my ideas about how to do that. Obviously, it needs work.

Oh, I found a story and image at The Washington Post that I used as the basis for this version of “Turu.”

15 thoughts on “The Girl Who Could Do Anything”