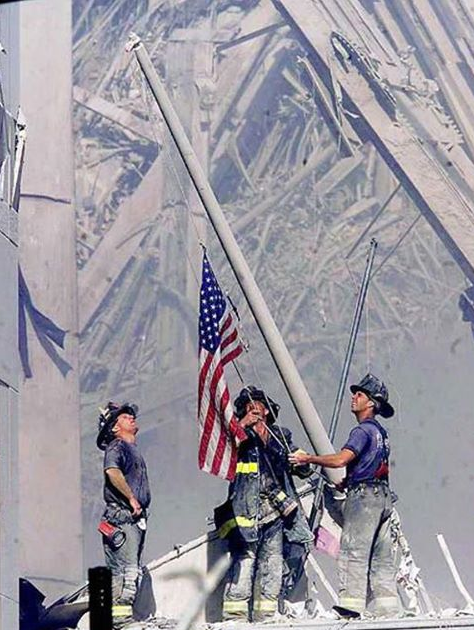 This is usually a message I give when talking about Holocaust Remembrance Day, which in 2020, will be observed on April 21st.

Yesterday at work, one of the fellows I’m training with called it one of the saddest days on our calendar. I’m talking about September 11, 2001. Just like the day of John F. Kennedy’s assassination (even though I was a child back then), I remember exactly where I was and what I was doing on that fateful September morning.

However, my grandson is 10 and my granddaughter is 4, and for them, this is history, something that happened before they were born.

Regardless of your politics or what you think of that guy currently sitting in the White House (or for that matter, the plethora of politicians vying for his job based on his unpopularity), September 11th is a day that needs to continue to live in our national consciousness. Pearl Harbor Day used to be such an event, but time has passed and old wounds have been healed. That said, we commemorate it every year.

It’s been eighteen years, and especially in the age of social networking and one rolling crisis or trauma after the other (including awards and award naming, which these days, seem to mean so much more than perhaps they deserve), people either forget or minimize the trauma.

Don’t forget. Don’t let your children and your grandchildren forget. Every nation can be criticized for something and the United States is no exception. We’ve always had our flaws, our warts, our faults. But we’re also a great people, and our existence is based on great ideals. If we live up to them, we are worthy, and even when we don’t, the striving to be better is always worth it.

Let September 11th continue to live in our minds and our hearts, not just as a symbol of national tragedy, but in remembrance of our honored dead. Also remember that in the aftermath, Americans had their finest moments of helping each other, comforting each other, and rising above the ashes.