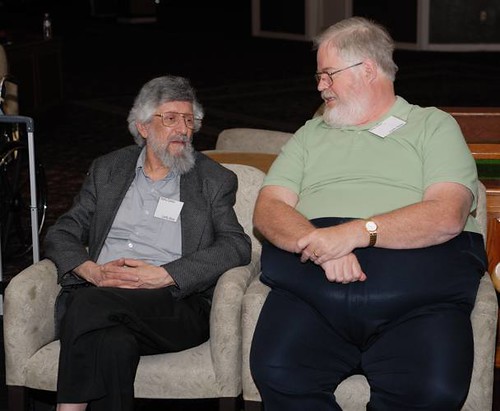 The other night it occurred to me that I hadn’t received an email notification of any posts on File 770 for over a week. That seemed rather odd to me since Mike Glyer writes on his “fanzine” rather frequently. Frankly, he’s pretty “chatty.” I thought the emails were going to a different tab in Gmail, but no. Then I checked my spam folder just in case, but again, no emails from File 770.

So I looked, and as of this writing, the latest File 770 post is from today. In fact, not a day has gone by when Mike Glyer hasn’t posted something on his fanzine.

I checked my WordPress Reader to see if they showed up there. Nope. Not present. So where have my notification emails been going?

Yes, I’ve been critical of some of the material Glyer has published. That’s part and parcel of being on the internet. Sooner or later someone will disagree with you. Deal with it. But Glyer and his website/blog is supposed to be a really big deal. I mean they hobnob with the really big names in science fiction and fantasy. Compared to them, I’m pretty much a small fry if that. So why notice me at all?

Glyer did send me a strange email a while back, but when I replied asking what he meant, he went on radio silence.

Could Mike have somehow kicked me off of his list of followers?

As it turns out, such a thing is possible on WordPress. I knew I could ban people from commenting, but I didn’t know I could stop them from following me completely. Mike has accused me in the past (without mentioning my name or blog of course) of being paranoid, and I certainly don’t want to give that appearance, but I really do get the sense that he doesn’t want me following his blog and especially commenting on his content.

I know free speech rights only extend to forbidding the government from censoring you, and certainly Mike can stop me from following his blog if he desires, but he can’t stop me from visiting his site from time to time and posting my impressions on my blog. No, I’m not going to attempt following him again. What’s the point? He’s made his intentions pretty clear. But it’s rather petty of him to do so, echoing the sentiments of a friend of mine who refers to him as “China Mike” for reasons too lengthy to state here.

I guess if I want to care enough about Glyer to comment about File 770, I’ll have to remember to peek in on his lively doings on my own. Since Mike apparently sees himself as such a big deal, I suppose I should be flattered.