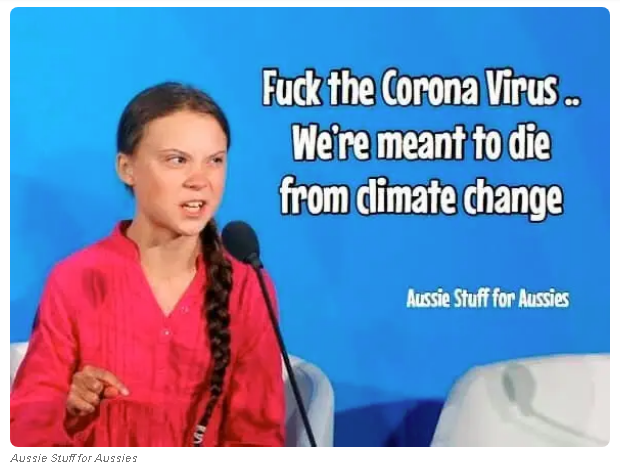 Sorry about the “language”

I’ve read a number of social media memes that have suggested the death rate due to COVID-19 has been exaggerated. I also read a New York Times article that said New York City added more than 3,700 additional people who were presumed to have died of the coronavirus but had never tested positive, which seems to support that suggestion.

And yet, when I tried a Google search on overestimates of Coronavirus death tolls, all I came up with is info on how the death rate is underestimated.

Here we have more or less the same news from ABC News, Nature, and CNN among others.

Since I know that Google tends to game its search results, I tried other search engines, but came up with pretty much the same results.

Interestingly enough, NPR did publish a news story about why the small country of Belgium has such an incredibly high COVID-19 death rate. As it turns out:

Belgium has surged to the top of the grim leaderboard because authorities decided to be radically transparent, if perhaps a bit speculative, about the toll from the novel coronavirus. They include not only deaths that are confirmed to be virus-related, but even those suspected of being linked, whether the victim was tested or not.

I think this is a concern for many of us who believe that it’s possible certain governments and news agencies are manipulating information about the pandemic to serve their own purposes.

Am I being paranoid?

Newsom orders temporary closure of all beaches in O.C. after crowds surface in Newport Beach.

A California city filled its skate park with sand to deter skateboarders. Then the dirt bikes showed up.

Cuomo to blame for COVID spreading through nursing home: Goodwin

Will Coronavirus Fears Lead to an Assault on Gun Rights?

Granted, a few of those news sources are a tad sketchy, and you could make an argument for just about any of those government actions (although Cuomo ordering people who have tested positive for COVID-19 into nursing homes, which are repositories for a very vulnerable population, is over the top in my opinion), these stories do illustrate how a few political figures might be taking advantage of the pandemic.

Oh, here’s one where the politician in question doesn’t even try to hide her agenda:

Granted, this is from a very conservative news site, but it does seem a tad odd that both sides of the aisle aren’t represented on this committee.

So, what’s going on?

Yes, I’ve been critical of some governmental responses to the pandemic HERE and HERE. On the other hand, I am working from home, keeping social distance when I’m out, and generally trying not to be stupid.

My poor 88-year-old Mom is pretty much a prisoner in her independent living home, but for obvious reasons. She has an automatic pill dispenser and my wife and I need to periodically refill. I did that yesterday, and even though I’m not allowed near the front door of her building (a security person in a mask handed me Mom’s pill box), Mom was able to stand at the window and wave “hi”. She looked pathetic.

Fortunately (I hope it’s fortunate), my little corner of the world has developed a plan to reopen in stages.

I may live in a red state, but the city of Boise has a liberal mayor. Interestingly enough, her plan to reopen the city isn’t that different from our conservative Governor’s to reopen Idaho.

I really do hope this is a good idea. I think it is, and not just because I’m getting cabin fever. Mom is very social and not being able to visit with her friends, even in the same facility, is hard on her.

I’m not totally isolated. Of course, I live with my wife, but most weeks, we have our two grandchildren, sometimes overnight and for several days in a row. There’s an elementary school right behind our house and we go for walks there and on their big field which is behind the school. We even played baseball one afternoon, and that’s hard to do with one older adult, an 11-year-old boy and an almost 5-year-old girl.

There’s a track around the field, and I see people walking their dogs or jogging around it. There are people walking on the sidewalks nearby. I say “hi” to them and they say “hi” back, but we don’t get too close. Many of them wear masks.

Someone put yellow “police tape” around the school’s playground equipment a few weeks back, but I’ve seen kids playing on it anyway.

There’s one little park in my neighborhood that isn’t taped off. The other day, I took my granddaughter there and she played on the equipment. It didn’t even occur to me that this might be a bad idea until a kid on a bike was riding by and told his parents that our park wasn’t closed. While we were there, no one else came to play, I suppose because they didn’t know if we were spreading the virus or not.

I’ve been to the store a few times. My wife has gone more often, including to a department store yesterday to buy my granddaughter a new scooter (she’s outgrown the old one).

I don’t wear a mask. The only one I own, I use when doing carpentry work (which is rare) to keep from breathing saw dust. I have no idea how many years old it is.

Through all this, I haven’t gotten sick, and presume I haven’t made anyone sick either.

Apparently, Vice President Mike Pence caught some public flack for not wearing a surgical mask during a recent visit to the Mayo Clinic. The political cartoonists are having a field day. According to them, anyone without a mask is flirting with certain, absolute death.

I know, this pandemic is nothing to make fun of, in spite of the fact that a lot of people are making fun of it. There have been a lot of missteps in how various members of our government, from the President on down, and on both sides of the aisle, have responded. I can only hope and pray that the worst is over. The good news is that eventually, the pandemic will indeed go away. The bad news is we’ll still have politicians (that was a joke).

EDIT: I saw THIS and sent it to California Gov. Gavin Newsom (via twitter), reminding him that the photos he saw that resulted in him closing beaches ONLY in Orange County might not have been accurate.

EDIT 2: Turns out the Surgeon General says wearing a face mask incorrectly might actually increase the risk of infection, so maybe Mike Pence inadvertently did something right.

5 thoughts on “Coronavirus is no laughing matter…or is it?”