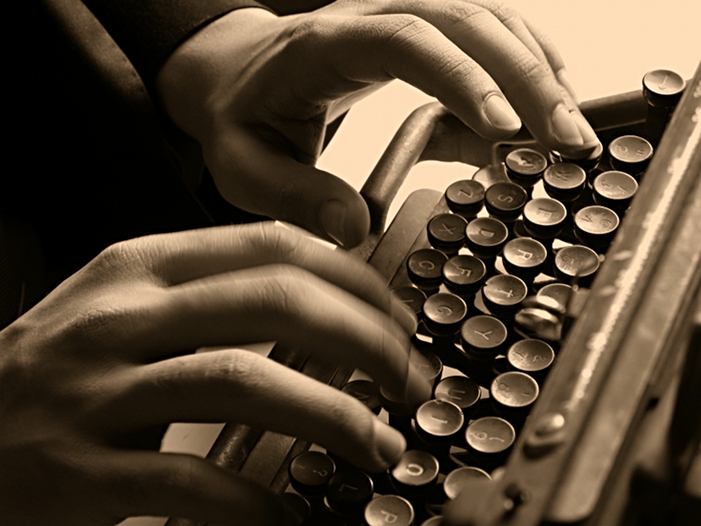 Found at typinglounge.com – No image credit given

I haven’t been writing much lately. Okay, I haven’t been writing anything new at all. I do technical writing for my day job of course, and I just finished yet another freelance job updating/refreshing test questions at the back a technology book (it’s actually more interesting than it sounds, pays pretty well, and has a quick turnaround).

What I have  been doing is submitting previously rejected short stories to different publishers, actually trying for more “mainstream” periodicals.

This is where the rejection part comes in. One story is basically urban fantasy/crime story (I’ve just submitted it yet again, so we’ll see) and the other is a sort of “pirates in space” tale, complete with oppressive colonizers, revenge, and swashbuckling. I even included a fictionalized version of a famous author.

The vast, vast majority of time when you get those rejection emails, they’re pretty standard fare and offer no feedback good, bad, or indifferent. This last one did:

Itߴs always entertaining to see a familiar historical setting translated into the SF context, as with this storyߴs use of pre-18th Century pirate culture. I think writing a story in this style requires a great deal of reading across the genre, to ensure any new tale avoids overworked tropes, and introduces something genuinely new. Brevity is important too; 7,000 words is quite long for what transpires, and I think a greater impact might be achieved by cutting static description and inferring, rather than describing, the setting.

As painful as rejections can be, in this case, it was also valuable. I think they’re very politely saying that I should have done much more reading in the genre and fell into the trap of overworked tropes. They also say that I use too much description which basically is the “static” in my story. I’m not really sure how to get around that, except it’s been a long time since I’ve actually studied writing. I keep telling myself I’m going to do it, but never allot the time.

There are a number of things I’m trying to change about my life, especially since I had yet another birthday recently, so I guess this is one of them.

I’ve got three other stories I either know or am pretty sure are accepted, but I can’t announce them yet. A fourth story should be published any time now, but they have a tendency to have delays, so I’m still in a holding pattern.

Oh, there’s one more story I sent to a friend of mine as an unsolicited submission and he agreed to read it and pass it along for further review. I guess I still do have a few irons in the fire.

That’s it. No reviews, no political or social stuff, no big time announcements, just me tap tap tapping on the keyboard.

4 thoughts on “Rejection and Feedback”