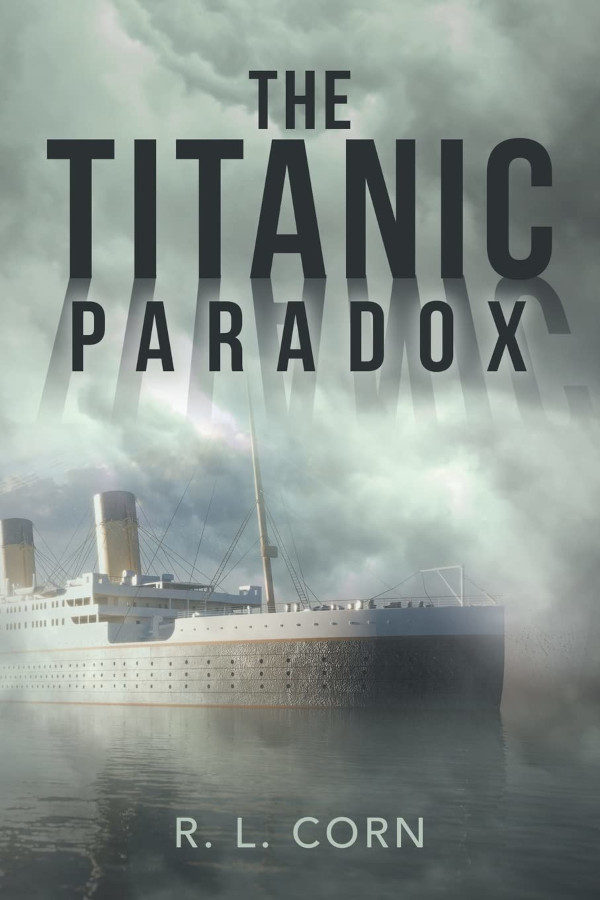 I finished the short book The Titanic Paradox last night. It was written by R.L.Corn and published just last month. I happened upon it by chance when it was being discussed on Facebook (see, social media is good for marketing books).

Admittedly, I’m a sucker for time travel stories, especially involving the Titanic and I come about this preference from what some might call a silly source.

In 1966 yet another Irwin Allen production The Time Tunnel was launched. In the pilot episode Rendezvous with Yesterday, two scientists, Tony Newman (James Darren) and Doug Phillips (Robert Colbert) used an experimental time displacement device to go back in time. More specifically, they ended up on the Titanic less than a day before it was destined to sink.

Like all of Allen’s production, action was promoted over historical or scientific accuracy, but it was great entertainment for kids.

Corn, in his “Titanic” book, did a great deal more research to produce his time travel thriller.

It is presented in four parts, three of which describe different theories of time travel: Chaos Theory, The Butterfly Effect, The Grandfather Paradox, and Time Travel.

In spite of what I said above, I was significantly reminded of another television show, Quantum Leap (1989-1993) starring Scott Bakula and Dean Stockwell. In the initial sequence of events, a man from 2022 Dan Hunt seems to “leap” into the body of John Franklin, one of the designers of the Titanic, who is on his honeymoon on the ship, just days before the sinking.

In this case, Dan is aware of who he is, but he also remembers everything John does. His attempts to warn people of the impending disaster meet with skepticism at best and as suspicion and threats at worst. Even his newlywed “wife” Lizzy doesn’t believe him, at least at first.

But what seems like a simple tale of a person going back in time to change a disaster, turns quickly into a mystery and a thriller, but only after the Titanic sinks. As history is rewritten, others are drawn into the strange world of visions and memories of having been on the doomed liner. Each part, listed above, brings in new players and new puzzles that must be solved and if not, the lives of everyone involved could be ruined.

Even John Franklin, who seemed to have been replaced by Dan Hunt wakes one morning to find himself in something like our present, only it’s a present where events have take a turn for the worse. A person who was supposed to be saved was, but another of the survivors was actually supposed to die.

At the center of it all, is a “woman in white,” the person or perhaps not a person at all who seems to be orchestrating these events in trying to put what went wrong right again. That gives the core of this time travel yarn a supernatural feeling, especially since death is always involved. It harkens back to Sam Beckett (Bakula) from “Quantum Leap” in the sense that he too was supposed to “fix” histories that had taken the wrong turn, and that perhaps a supernatural source was also guiding him.

I just mentioned “Quantum Leap,” but there was an element of Back to the Future II. John, having returned to the Titanic, must send a letter to the future that would only be found within the sunken hulk of the Titanic over eighty years later and delivered to a man who doesn’t remember how pivotal his role was in returning time to its proper shape.

It’s a compelling story, but could have been used a tad more editing. There were minor spelling errors (Artic instead of Arctic) and a mismatched quotation mark for example. Early on, there were examples of “head hopping” where we were being presented a scene from Dan’s point of view, but then suddenly, we know what the waiter is thinking or that a twelve-year-old girl has adopted the habit of twiddling her thumbs when bored.

There were a few issues with continuity, such as John, a man from 1912, who, waking up in 2022, describes the scene as “something from a science fiction movie.” Also, while most sequences in the book are well paced, a few, in order to move from one point in history to another, are quickly glossed over. Even professional resources for self-publishing can glitch.

All that said, the book was enjoyable and at an equivalent of 244 pages, a quick and easy read. On Amazon, I’ll give it four out of a possible five stars, losing one because of the aforementioned “hiccups.”

I’m glad I chanced upon this book and I recommend it. Read it, lose yourself in the past, in alternate histories, the potential for reincarnation, and perhaps by entertaining angels.

Here’s my three-minute or less Tiktok review. Don’t forget to support your indie authors and publishers. We love reviews of our books.