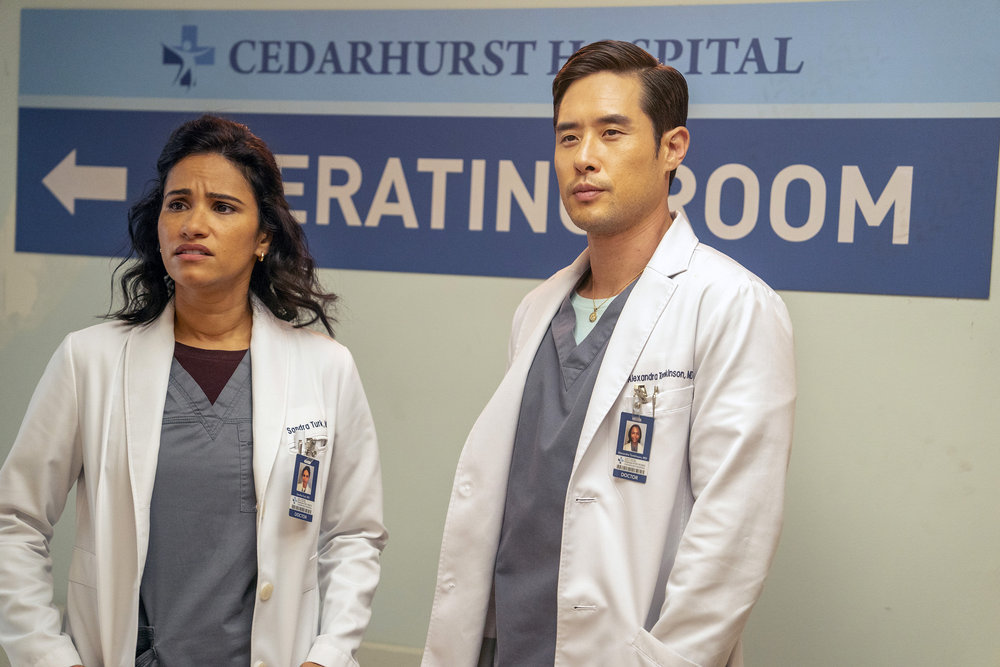 I realized today that I’d forgotten to watch the latest episode of Quantum Leap Paging Dr Song. Why?

Maybe because the show is becoming less important to me. I don’t know.

Ben leaps into a first year resident Alexandra Thompkinson in Seattle 1994 on the cusp of a train accident that’s going to flood the hospital with wounded patients. Ben is also a black woman but the only reason we know this is we see her photo on the hospital badge and Ben makes some off hand comment about bras.

When Scott Bakula played Sam Beckett and he “leapt” into a woman, it was a big, big deal. But Ben’s clothing, this being the second time he’s leapt into a woman, looks perfectly suited to a man. You’d think at least once he’d leap into a woman on her period, or who had really large breasts he was not used to living with, or some guy would slap his/her ass.

But in this case, being black and a woman only matter when some other doctor calls him/her “babe.”

Ben’s got to save three people plus his “host’s” career. He’s got to convince a major hospital that using an experimental drug is wrong and will kill hundreds over the next two years. This is also the second time Ben has panicked and didn’t know how he was supposed to do what the leap asked him to.

I really liked that part. If I were in Ben’s situation, I’d be constantly freaking out at time or God or whoever asking “why did you do this to me?”

Except when Ben leapt, he knew.

That’s what Janis (or Janice) who was captured last episode, is trying to say to Magic, Jenn, and finally Addison. Janis will talk but only if she talks to Ben first.

So put her ass in the imaging chamber and have Addison hold a gun to her head. I’m sick of this shit. I’d waterboard the crap out of her if she played any of those games. There’s a man traveling uncontrollably through time with half a memory and I want to know everything Janis knows right now.

The leap is especially touching, especially for me, a husband, Dad, Grandpa. Everyone in trouble has someone and they have everything to lose. Ben manages to put all the pieces together and does what his host probably couldn’t have done. But he still doesn’t know what he’s doing. He is terrified that the reason he leapt is beyond him, that he’ll fail, that he won’t be able do save Addison.

This is a side of the leaper we didn’t really see with Sam. Sam never panicked for whatever reason. He got pissed, he was frustrated, but he never thought he’d completely lose it. But then again, he never had that much to lose. 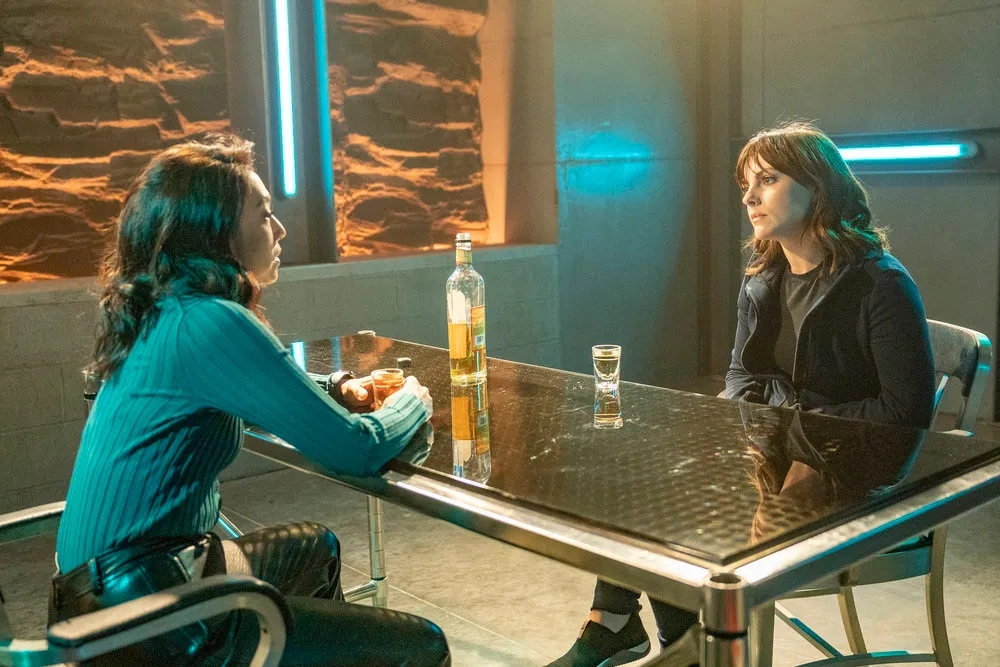 In his next leap, he’s a high ranking military officer and the guest star is the Star Trek Voyager doctor Robert Picardo. I bet that’ll be fun. Something about nuclear reactors? What, Area 51? If it is and there are aliens, I’m calling bullshit.

My Dad worked there (yes, really). He couldn’t tell me most of it, but he did say “No aliens, crap ton of nukes, though.”

Janis said anything Ben says during a leap is “heard” by others. Maybe she’s intimating “evil leapers,” but she mentioned Richard Martinez before. Ben can’t tell Addison anything else about what he remembers (really convenient plot wise).

Pour Janis’s ass into the imaging chamber. She tried to warn Ben once. Let’s see what she’s got to say. Also, if she’s not in a leap. She can tell us everything. Quit dicking around, Quantum leap writers.

Last point. This is the first episode in which Mason Alexander Park didn’t appear, so we didn’t have the same “vibe” as in the last show. What I mean is the episode didn’t come attached to a certain type of baggage because most of our lives don’t have that baggage. Time travel is complicated enough.