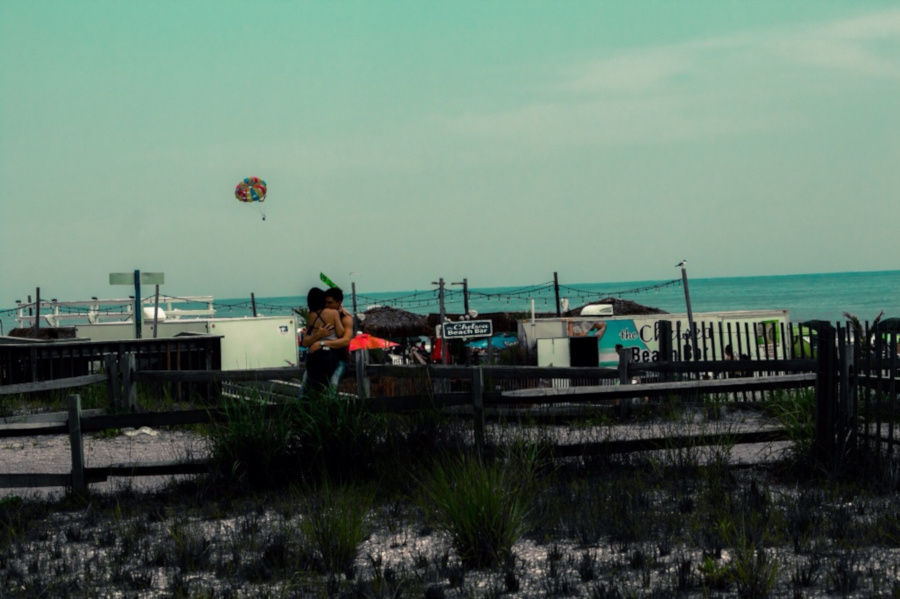 Jeannie and Richard met outside the Chelsea Beach Bar in Atlantic City, their hometown. She had barely been able to hold in her tears, but became hysterical when he’d gotten out of his car and walked over to her. There was nothing left for the PI to do but hold his old girlfriend and let her cry. The Marine veteran’s instincts never let him tune out his surroundings, such as the multicolored para-sail against a dull blue sky and the sound of the wind blowing through the grass.

“You’re going to find them for me.” She’d finally stopped sobbing.

“I figured that’s why you called me after so long.”

“We were going to get married. He wanted to wait until after tomorrow’s boxing match in Vegas to announce it.”

“You know when I find them, it won’t help. He’ll still be dead.”

“I know. But he deserves justice. I don’t trust the cops on this one. I think they’re in on it. Habib thought the fight was rigged.”

“I know. I’ll find his killers.

I wrote this for the 183rd FFfAW Challenge hosted by Priceless Joy. The idea is to use the image above as the prompt for crafting a piece of flash fiction between 100 and 175 words long. My word count is 174.

I looked up The Chelsea Beach Bar since it’s figured prominently in the photo, and found it is in Atlantic City. I looked up the local news and discovered that Atlantic City boxer Qa’id Muhammad was found murdered yesterday near Las Vegas. I decided not to use Muhammad’s name in my story and to fictionalize the crime out of respect for the grieving family.

“Who’s that sparring with Rocko.”

Wally, the boxing gym’s owner was talking to his pal Stan. They always liked seeing fresh talent walk in to train.

“I never thought I’d see him here. Isn’t he in college or something?”

“With that much brain power, why’s he training with a bunch of Hell’s Kitchen kids?”

“Probably because of his old man.”

“Yeah, too bad about Battlin’ Jack. They say the Fixer had him hit.”

“Better keep that to yourself.”

“Gotcha. Can’t believe that’s blind little Matty in the ring. It’s like he can still see.”

I wrote this for the Rochelle Wisoff-Fields writing challenge. The idea is to use the photo at the top as the inspiration for crafting a piece of flash fiction no more than 100 words long. My word count is 99. 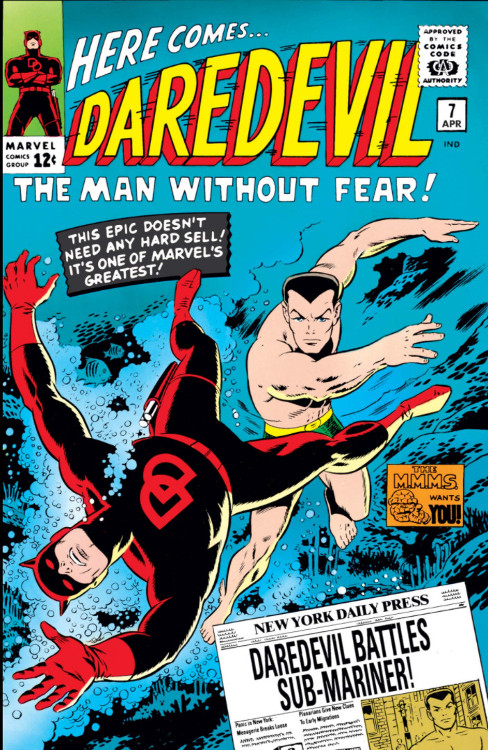 Today, I mined the 1964 origin of the Marvel superhero Daredevil, the Man without Fear. I don’t know how much has changed about Daredevil in the modern world of comic books and I’ve never seen the Netflix series, but in the original story, Matt was being raised by his Dad, a down and out boxer named “Battlin'” Jack Murdock and living in a rough New York neighborhood called Hell’s Kitchen. Jack forbids Matt to go into boxing or other sports and pushes him to become an outstanding scholar instead.

Even though Jack is past his prime, the only way he knows how to make a living until Matt grows up is to box. No one but the disreputable “Fixer” will manage him so he goes that route and seems to do very well for a while.

In the meantime, a now teenaged Matt sees a blind and deaf man crossing the street and about to be hit by a truck. Matt has secretly been training athletically as well as becoming an excellent student and has the speed and reflexes to push the old man out of harm’s way. However in the accident, a canister falls off the truck and hits Matt in the face. It contains some sort of radioactive substance which blinds Matt and also amplifies his remaining senses plus giving him a “radar sense.”

Matt continues to grow and train and after graduating college with honors goes into Law School. Jack has had a great winning streak in the ring but he finally discovers that all of his opponents were paid by the Fixer to throw their fights. Now the Fixer wants Jack to take a dive.

Matt is at the fight that night cheering his Dad on and Jack doesn’t want to let him down by pretending to lose. He beats the other boxer but crossing the Fixer proves fatal. He’s murdered later that night.

Once Matt graduates and opens a law practice with his former roommate Franklin “Foggy” Nelson, he decides to go after the Fixer. To honor his promise to his Dad that Matt Murdock wouldn’t go into a dangerous profession, he creates the alter ego “Daredevil,” which was a nickname the neighborhood kids gave him when he was little because he wouldn’t go out for sports like the rest of the boys.

Daredevil pretends he’s recorded the Fixer’s confession on tape and during a chase scene, the older criminal has a heart attack and dies. Justice is done. Matt continues to pretend to be “normally” blind concealing his super senses and Daredevil goes on to fight injustice and some of the most bizarre criminals ever to grace the comic books.

I named Wally and Stan after Wally Wood and Stan Lee. In 1964, writer/editor Lee and artist Bill Everett (who created Prince Namor, the Sub-Mariner in the 1940s) created Daredevil, but in issue #7, artist Wally Wood invented DD’s now iconic red costume (and interestingly enough, DD fights Prince Namor in that issue). It wasn’t commonly known then (and Lee still won’t admit to it today) but most or all of his artists had a lot of creative control over the Marvel comic books including plotting and writing, but Stan took all the credit.

Oh, I made up that part about Matt training at a boxing gym just for fun.