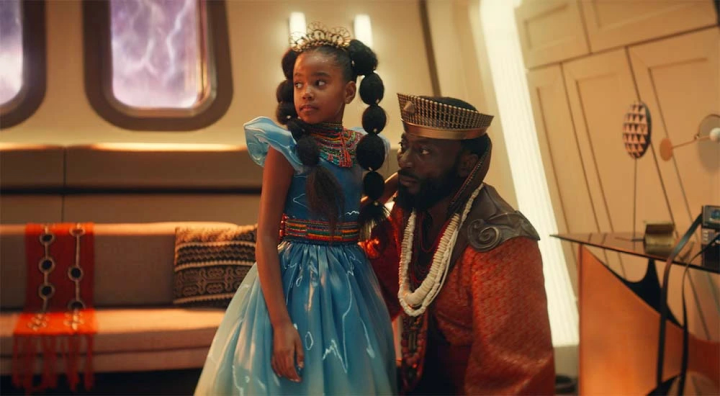 What can I say? Episode 8 The Elysian Kingdom of Star Trek Strange New Worlds is my absolute favorite. I loved that everyone got to play different, and quite frankly, far more interesting characters than they normally do on the show.

Actually Ortegas (Melissa Navia) played pretty much the same character as the warrior fiercely loyal to the King (M’Benga). Pike as the foppish Chamberlain was perfect and I loved that his hair was different. He was a coward and a traitor or, more or less, as ineffectual as Pike is as a Captain most of the time.

Uhura as the evil queen was delicious as was Spock as her Wizard.

It was implied that Ortegas’ character and Number One as the Druid archer were lesbian lovers, but that was momentary and played for comedy.