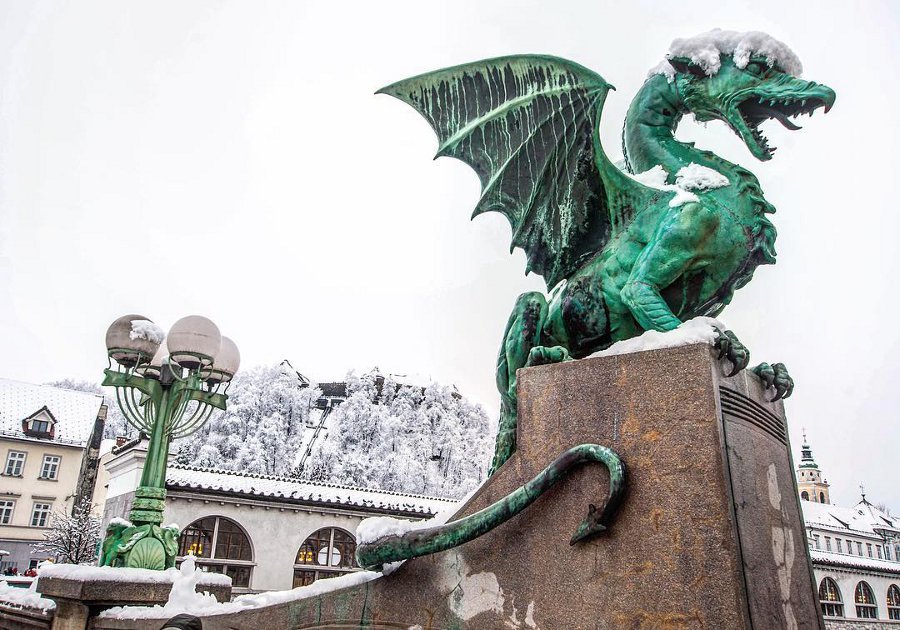 The Dragon Bridge in the snow in Ljubljana, Slovenia

He couldn’t stay long but it was nice to have a place to rest for a while. Of course, his name wasn’t Timothy Fleming here. Today, he was an American student spending a few months in the Slovenian capital. He had changed the color of his hair and grown a beard. He’d purchased a cane and became adept at walking with a limp (a motorcycle accident, he explained) to alter the manner of his gait. He spoke with what was referred to in the States as the “California non-accent,” since he was too easily identified either by his mid-western speech patterns or his mother’s South Eastern British accent.

Not being sure if the Agency had gained access to any of Hellspite’s “alternative” identifications including passports and driver’s licenses, he’d created a new identity for his current sojourn. The forgeries he was using would do for a short time while he accessed certain vendors on the dark web and purchased something more substantial. He’d still have to move around frequently to evade detection.

At first he blamed that bitch at the ale house in Dover but it was really his own arrogance that nearly got him pinched. He should have realized he was still close enough to Dymchurch and Romney that he could possibly be recognized by someone from the old days. He’d barely gotten away in time, though he had to abandon his original escape route and travel by other means.

“Not a fine day to enjoy the view, is it Alex?”