You can read about the plot points at marvel.wikia.com. Scroll down for more.

In the early days of their collaboration on the Fantastic Four, Stan and Jack used to humorously inject themselves in a few of the stories. In the final panels, the Fantastic Four creators attempt to “crash” Reed and Sue’s wedding and are shown the door by no less than Nick Fury, the head of SHIELD.

I tried to think of an iconic image worthy of commemorating Stan Lee’s passing yesterday, and this is what I came up with. Really, no single comic book cover, image, or anything else can completely capture his legacy.

END_OF_DOCUMENT_TOKEN_TO_BE_REPLACED 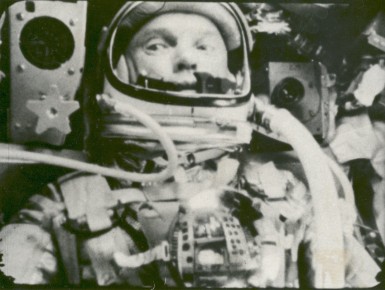 I’m sure most of you have heard that former Astronaut John Glenn passed away today at the age of 95. I was only seven years old, the age of my grandson right now, when Glenn became the first American to orbit the Earth in the Friendship 7 Mercury capsule on February 20, 1962. Obviously, I only had a child’s point of view of the event, but I had become fascinated with spaceflight ever since my Dad pointed out what he thought was the Sputnik satellite in the night sky (as an adult, I would find out that Sputnik could not be seen from Earth with the unaided eye, and what we were seeing was the booster used to put it into orbit, tumbling end over end).

I remember having a plastic toy Mercury spacecraft. You could remove the bottom, put the toy astronaut inside, reattach the two pieces, and pretend to blast off.

I eagerly followed the manned space program, from Mercury, to Gemini, and then Apollo.