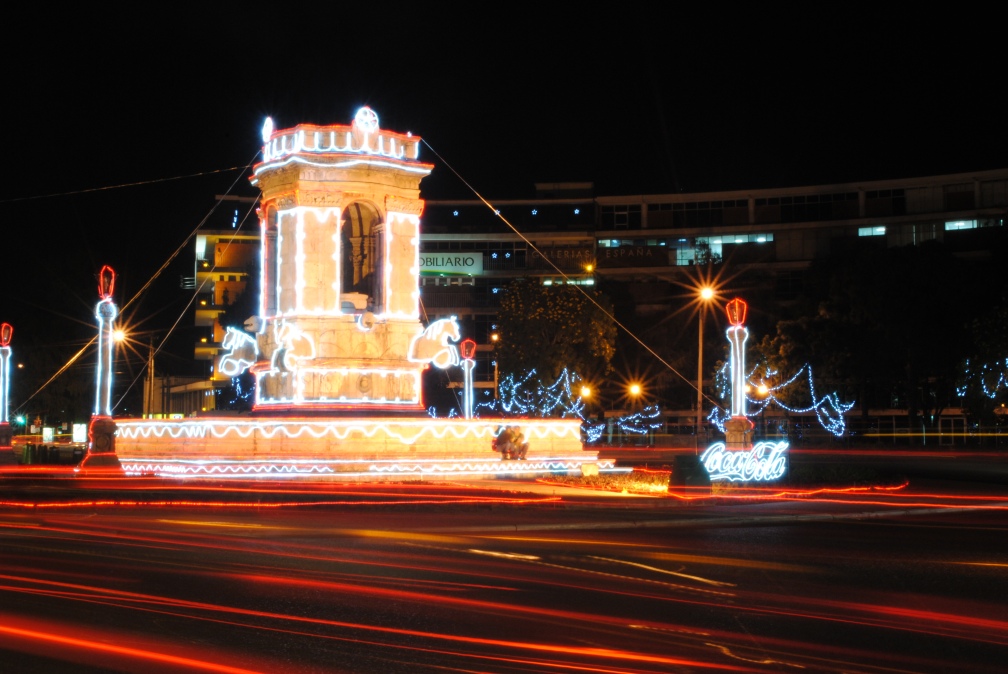 Rosita had been sitting at the edge of Plaza España in Guatemala City for hours. It was night, but she was oblivious to the passing cars or the bright neon lights which, to everyone else, were so festive.

The earthquake caused his beloved church to collapse on Juan during his prayers, though why he would be praying at such a strange hour was a mystery.

“Oh my dear husband, what will I do without you? How can I go back to our home in San Sebastian alone?”

“You won’t have to, sister. He prayed for me to watch over you.”

Written for What Pegman Saw. Thanks to Google maps, this week we are taken to Guatemala City. The idea is to use the prompt to write a piece of flash fiction no more than 150 words long. My word count is 100.

I did some “Googling” and found that there had been a severe earthquake there just a few days ago. A man had been killed in neighboring San Sebastian when a church collapsed on him at about 1:30 a.m. Since the prompt was specifically Guatemala City, I set the scene with his widow at the Plaza España (keep in mind that Rosita and Juan are fictitious) where she had been staying with relatives. I’ve implied that Juan knew he was going to die and was praying for his dear wife to be cared for. His prayer was answered.