As I’m sure my regular readers know by now, my self-published novella “Ice” has been available for nearly two weeks now. Since I’m the publisher as well as the author, I’m doing all of the marketing for the book myself. While I’ve written summaries and discussed the book on one podcast so far, I still plan to promote the daylights out of it.

To that end, I’m putting up an excerpt of the story. It’s adventure and mutiny on the high seas, but these seas and the ships that sail upon them exist at the farthest reaches of human history where magic and science co-exist. The state of things on the merchant vessel “The Star of Jindo” have gone from bad to worse following a devastating storm that has crippled the ship and killed most of the crew. Captain Ki-Moon Yong has lost control of his command of his vessel for the first time in his career. Here’s what follows:

END_OF_DOCUMENT_TOKEN_TO_BE_REPLACED 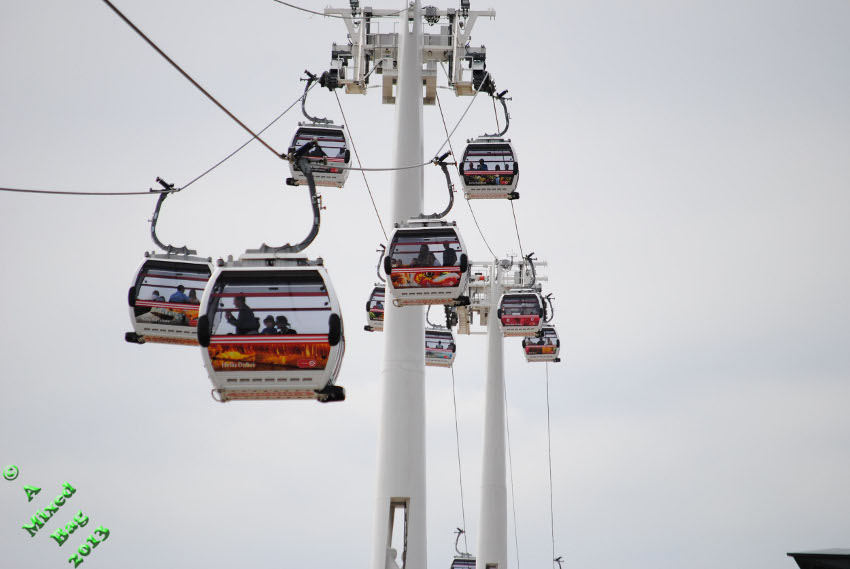 “I can’t believe snow season’s extended into May. It’s incredible.” Dora had just finished her Junior year and would normally be cultivating her tan for the summer, but ski conditions at Snowbird were perfect.

Her boyfriend Herb Klein graduated with a degree in History and had been accepted into Law school. “It’s amazing, like summer is never going to come.”

“Think what?” Then he realized what she meant. “That’s nuts. With climate change and all, this is just a fluke. The temps will be in the 90s by the beginning of June. You’ll see.”

The gondola got to the top, and they stepped off with the other skiers. By the time she hit the powder, Dora had forgotten all about her foolish worries.

“Say Ted, take a look at this.” Ralph Manx had been a Senior Meteorologist at the National Weather Service for ten years, and he still couldn’t believe what he was reading.

“Same stuff, different day. No warm up in sight for anything above the 40th parallel.”

“It’ll be summer in six weeks. How is this possible?”

I wrote this for the Sunday Photo Fiction – April 15th 2018 writing challenge. The idea is to use the image above as a prompt for creating a piece of flash fiction no more than 200 words long. My word count is 200.

I saw that the photo’s file name included the date “15 May 2016,” which seemed a little late to go skiing (but what do I know?), so I imagined a winter that just kept hanging around. I found an image of the 40th parallel as it crosses the United States at The Daily Mail I could use for reference.

Picture a world where it’s winter everywhere above that red line. 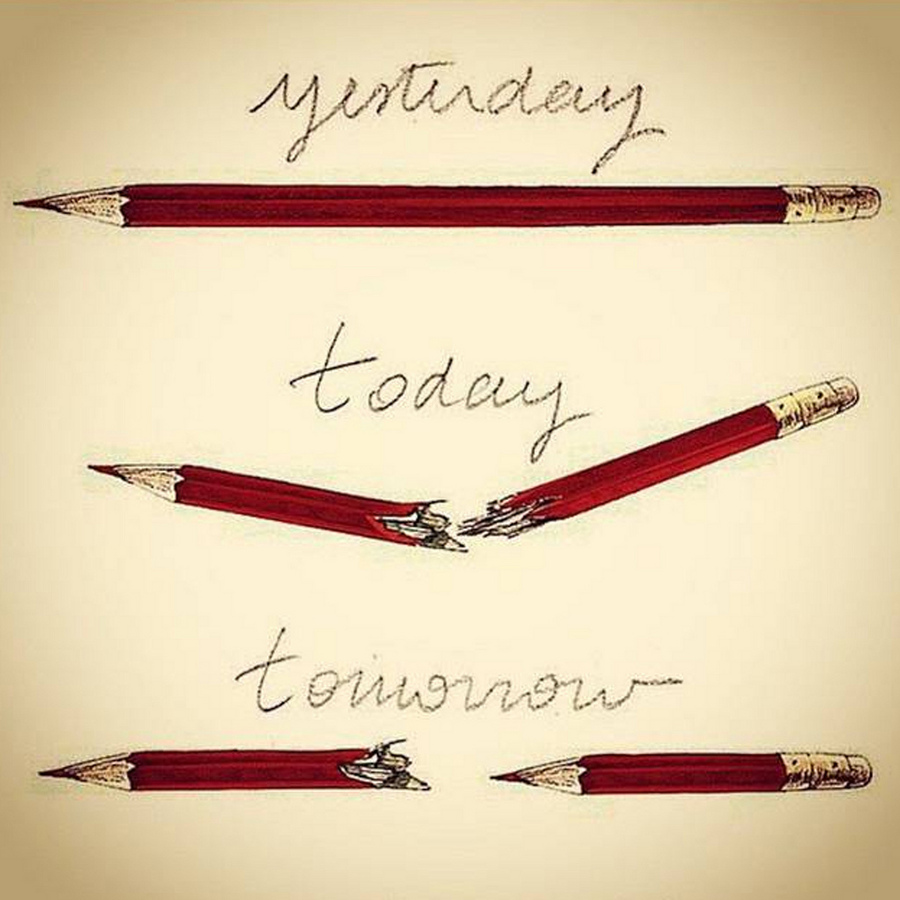 Major John Kelgarres had been the military commander of Operation Retrograde for over five years but in all that time, he’d never gone through a gate. Not until today.

“Are you sure your presence is really required John. After all, we know our job.”

“It’s not you Gordon. I’m Walter Byrd’s C.O. I’m responsible for the safety of the men and women under my command. Byrd’s been out of touch for a long time. He and his people have been stuck tens of thousands of years in the past. They thought we gave up on them, they thought they were alone, cut off. If there’s any doubt he’ll order his team to come home, I’m here to see otherwise.”

END_OF_DOCUMENT_TOKEN_TO_BE_REPLACED Barega saw himself here in dreamtime. Merindah the Seer woman told him it was his time for the walkabout, his spiritual transition so that he could join the men of their people.

His journey would be long and take many days. Barega would be traveling alone for the first time in his fourteen years of life. His father taught him well the skills needed to succeed in his travels.

He found himself here near the great water, the one he had dreamed about. There were many living beings in their land that were revered, and Barega knew that beneath the great water, many more existed. However, he now realized what his experience in dreamtime meant. This mighty reef was alive, too. He walked across the rock and sand to touch its many bodies and souls.

I wrote this for the What Pegman Saw writing challenge. The idea is to use the Google street view image above as a prompt to craft a bit of flash fiction no more than 150 words long. My word count is 149.

Today, the Pegman takes us to The Great Barrier Reef in Australia.

I learned a lot about the Reef (actually it’s made up of over 2,900 individual reefs and 900 islands stretching over 2,300 km or 1,400 miles long) at Wikipedia and Adventure Mumma.

Wikipedia says that: “according to a study published in October 2012 by the Proceedings of the National Academy of Sciences, the reef has lost more than half its coral cover since 1985.” This coral bleaching is attributed to human use impact such as fishing and tourism as well as runoff and climate change.

The good news is that the reef has died off many times before, usually during each ice age, and then recovered, but the original environmental conditions have to be restored.

I also learned that about 12,000 years ago, a person could walk from the land directly out to the reef. Since I’ve recently been interested in writing time travel stories about going back to that period in history, my “Walkabout” tale simply fell into place. 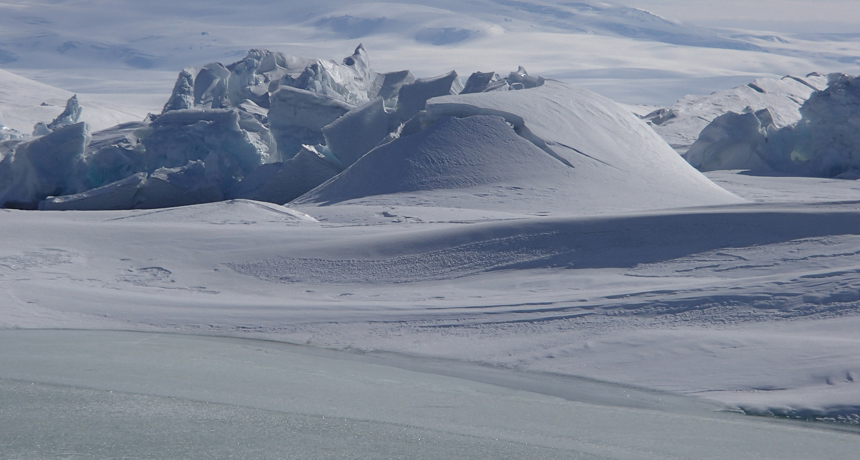 The Tenth Story in the Time Travel Adventures of Ross Murdock

“Welcome to the Ice Age. What shall I call you?”

Murdock was startled out of his shock and awe by the voice coming from around the enclosure he had just exited. He had assumed the room was inside a main wall of the cavern, but as he turned around, he saw it was a stand alone structure.

“Come, come. I know you are not actually a Beakerman named ‘Rossa’.”

Ross didn’t recognize the man in the Soviet Major’s uniform but the voice was familiar.

“That’s right. I was the one speaking to your group on that beach in Britain, the one where you were hiding before your Marines came to retrieve you. I lost two good men in that little skirmish but then, those are the fortunes of war.”

END_OF_DOCUMENT_TOKEN_TO_BE_REPLACED The Adelie penguin colony at Cape Crozier, Antarctica had long been the subject of study. There were over a quarter of a million breeding pairs of birds identified. Scientists inhabited several tents at the site plus a crude permanent structure that vaguely resembled a collection of shoeboxes. However, this expedition was not here for the penguins.

“What do the latest readings look like, Scottie?” Carter Roberts addressed the party’s Chief Volcanologist Amanda Scott. She ignored the unwanted familiar use of her name.

“Not good, Carter.” She didn’t bother to glance up from the seismology report. “If these readings are accurate, then given the progression we’re seeing, we’ve got less than three months.”

“So Mount Terror is aptly named.”

“We always thought it was an extinct volcano, but sometime next October, it’ll make the 1883 eruption of Krakatoa look like a firecracker, plunging the whole world into a new ice age.”

Written for the What Pegman Saw photo writing challenge. The idea is to use the Google street image above as the inspiration for a piece of flash fiction no more than 150 words long. My word count is 149.

Today, Pegman takes us to Cape Crozier, Antarctica. I looked the place up at Wikipedia, and when I saw “Mount Terror” and “extinct volcano,” I knew I found my hook.