While there has been a lot of buzz about alleged “MAGA Bomber” Cesar Sayoc, the same people who object and protest after every mass shooting seem relatively quiet in the wake of the Pittsburgh Synagogue Shooting where at least 11 people lost their lives while attending a brit milah ceremony.

Not sure if this means the general public views shooting Jews differently than shooting anyone else, and I don’t want to jump to conclusions, but what really bugs me is when people start to blame the victim.

In this case, I’m referring to Jenny Tonge, a British House of Lords lawmaker who, according to a Times of Israel story:

END_OF_DOCUMENT_TOKEN_TO_BE_REPLACED 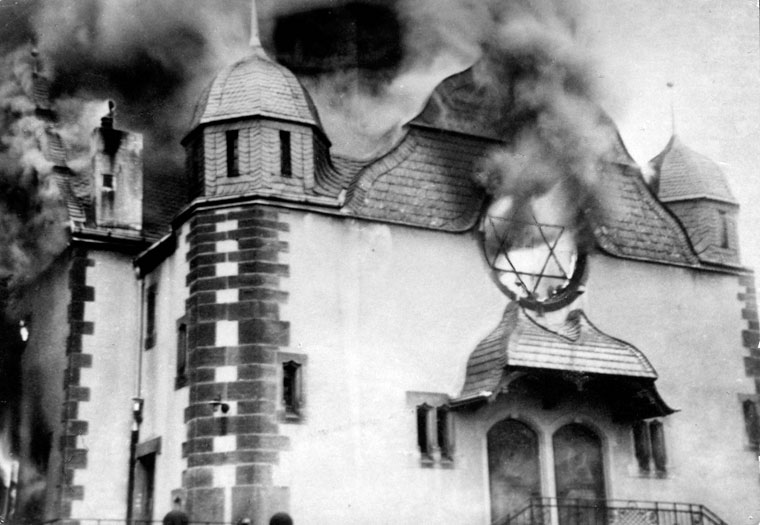 Moshe Katz was trudging home late from his clock repair shop. It was so hard to believe this could happen in Dortmund. Just weeks ago, all the Jews who the Germans believed came from Poland were expelled in a single night. His good friend and neighbor Gersz Blass, his wife Else and their three little ones were just…gone. There was talk that the synagogue might be dismantled soon.

Katz thought of himself as a German first and a Jew second, and yet it was as if the pogroms and inquisitions of the past had returned. His Papa tried to warm him before he died. Zeyde used to speak of the horrors of being a Jew in Russia. How…

A hand grabbed him from behind by the collar and pulled him into an alley, almost making him drop his lunch box. The meager receipts from today’s lackluster business were in there, pathetic, but it was all he had to feed his family.

END_OF_DOCUMENT_TOKEN_TO_BE_REPLACED

I just read an article called Remembering 911: Five Important Lessons. It was written by Rabbi Benjamin Blech for a Jewish educational website. The first lesson is “We Are All Israelis”. Here’s the relevant quote:

Immediately after 9/11, the phrase “we are all Israelis” appeared in some reports. But it was soon forgotten or hijacked by other groups and different causes. Yet it captured a profound truth. The enemies of Israel turned out to be the same enemies intent on destroying the Western world and civilized society as we know it.

For years the United States as well as other democracies watched the terrorism and the intifada and the butchering and the sadistic slayings of innocents from afar and thought it had nothing to do with them. Suddenly came the recognition that there is no longer a concept of distance for terror. 9/11 made clear that an ocean can no longer keep Americans safe from attack and that the battle against jihad isn’t restricted to Jerusalem.

It’s not desirable or convenient to certain social and political groups in America to closely identify with Israel, especially with such a potentially inflammatory phrase as “We Are All Israelis”. But here on the commemoration of the terrorist attacks against our nation and our citizens on September 11, 2001, I have come to see that we aren’t “Israeli” enough.