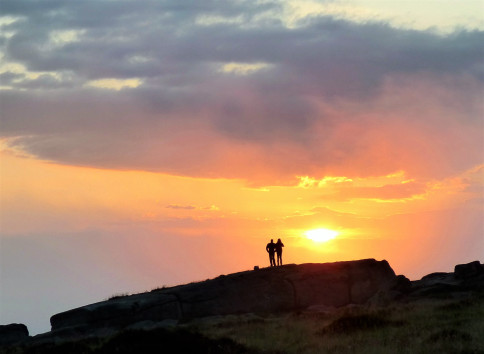 “The circle of an empty day is brutal and at night it tightens around your neck like a noose.” Elisa Gutierrez realized they only had a few seconds between the flash and the heat wave that would incinerate the both of them as they stood on the ridge overlooking what used to be greater Los Angeles. But she still turned toward Harvey Bowman, her boyfriend and co-conspirator, looking at his face, mostly hidden by the light suppressing lenses she also wore, amazed that he could wax poetic moments before they died.

“Are you nuts?” She grabbed his arm, feeling how perfectly still he was compared to her trembling. “We’re about to die and…”

Her voice, nasal Bronx accent and all, were cut off abruptly as the blast of heat, exceeding a hundred million degrees Celsius, reached them. They were both instantly rendered as dry, black ash. Seconds later, the shock wave hit them and they exploded, their remains scattered like autumn leaves in a hurricane. Amazingly, she could still see.