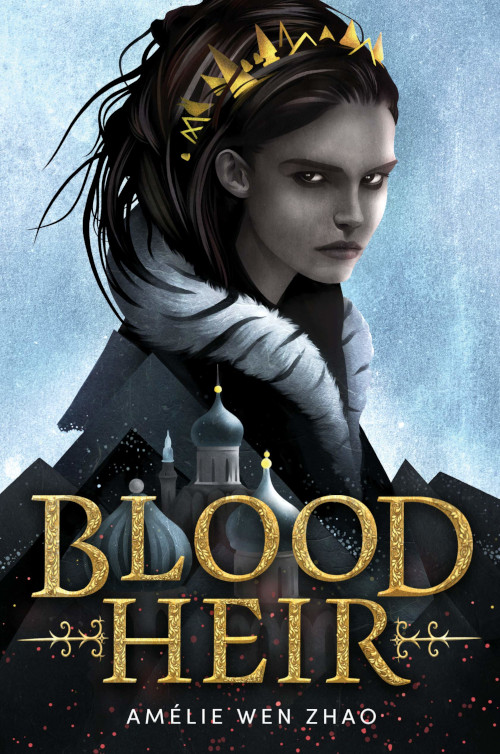 I’ve held off about commenting on Amélie Wen Zhao controversial book Blood Heir, since it seemed that more than enough online pundits were weighing in, both for and against the book. Also, I didn’t really understand what the problem was all about. Yes, it had something to do with slavery, but what did Zhao actually write that at least some people found so offensive?

However, as a matter of good conscience, I felt I should look into the matter and see what it was supposed to be all about. To that end, I decided to seek the answer from one of the most liberal information outlets I could find, Slate.com. It doesn’t get much more leftist than Slate. Writer Aja Hoggatt wrote an article called An Author Canceled Her Own YA Novel Over Accusations of Racism. But Is It Really Anti-Black? published January 31, 2019. I found the write-up really even-handed, especially given Slate’s obvious leftist perspective.

First off, here’s the summary of the book I found at Amazon:

END_OF_DOCUMENT_TOKEN_TO_BE_REPLACED Have compassion for them. Not pity, not condemning, not fear, but compassion. Feel for their suffering. Identify with their core humanity. You might be able to influence them for the good. You might not. Either way your compassion frees you from their destructiveness. And if you would like to help them change, compassion gives you a chance to succeed.

I’ve already talked about Toxic Fear, the extreme Us vs. Them mentality in our nation that begun in during the Obama administration, and that has been greatly exacerbated during the Trump administration, all in relation to the WorldCon implosion and redemption, particularly given THIS and THAT point of view.

However, it was the quote from Rabbi Pliskin this morning that gave me a different perspective on Sad Puppies vs. the Hugo Awards thing.

Part of the inspiration for crafting this essay comes from fellow blogger Joy Pixley’s report of her attending WorldCon 76. She had a pretty good time, and in my discussions with her, she didn’t see any (or at least not much) evidence of bias at WorldCon. However, she did notice a number of Christians and religious Jews in attendance, and no one mobbed, beat, harassed, or otherwise attacked them for their faiths.

Now speaking of bias, it seems female authors swept the Hugo Awards for the second year in a row. Interesting, and statistically a little unlikely, but as I said before, the Hugo Awards are absolutely not designed to be fair and objective.