Nine-year-old Erik Lund quietly crept out of Hammerfest’s historic Hauen Chapel. He never knew his great-grandfather and didn’t understand why people were upset at his death. Bored with the service, he went outside to play in the snow-covered cemetary. That’s when the man in the old-fashioned uniform appeared.

“You must not be here. Go back inside.”

Erik had seen men like him in a history book. They were called Nazis. They’d been here a long time ago.

“A man who regrets many things.”

Erik was too young to understand, but captivated by the stranger.

“Go inside to your family. Go!”

The next summer, a groundskeeper would find it and have it safely removed. 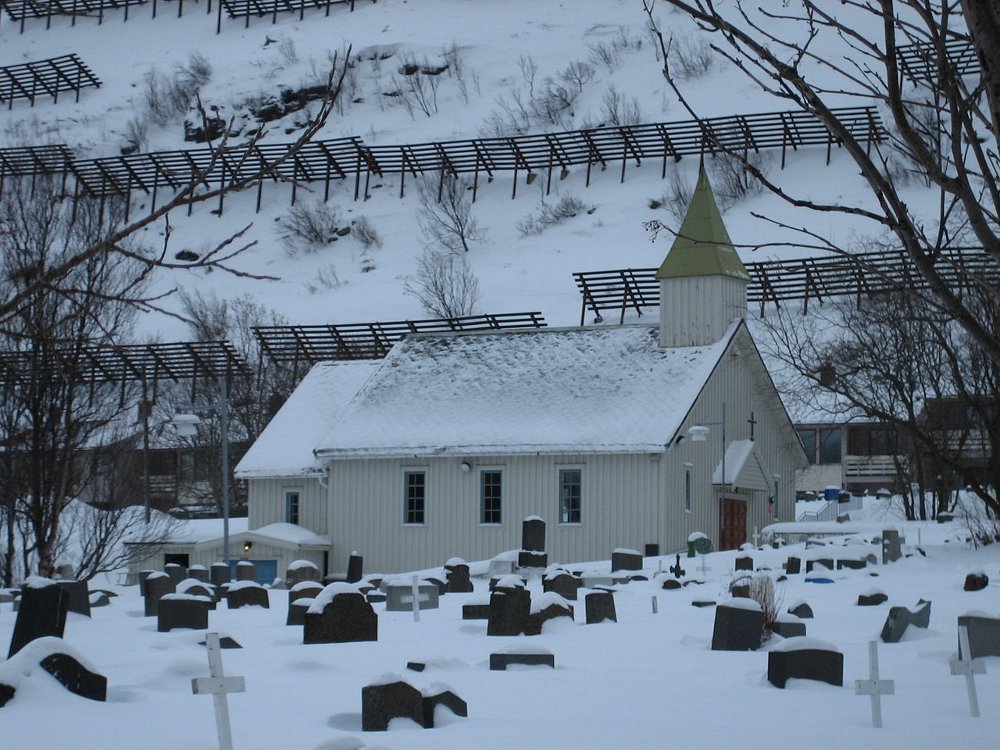 I wrote this for the What Pegman Saw weekly photo prompt based on a Google maps location. The goal is to write a piece of flash fiction no longer than 150 words. My story is 146 words long.

This week the location is in Hammerfest, Norway. After doing a bit of Wikipedia research on the town, I discovered Hammerfest had been occupied by the Nazi’s during World War II. When they left in 1945, they destroyed almost the entire town. Only the historic Hauen Chapel pictured just above this commentary, survived.

I also found out that to this day, mines and munitions left over from the war are still being found and disposed of. I decided that a long dead German soldier, regretting his role in Hammerfest, came back one last time to save a child from the consequences of this single Nazi’s actions.

For more stories based on this week’s prompt, visit InLinkz.com.

16 thoughts on “The Apparition”