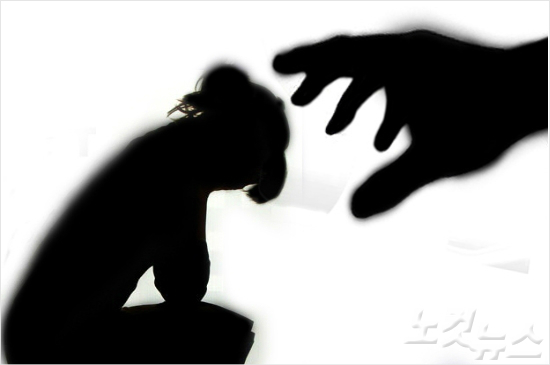 Disclaimer: Given the writing prompt for today, I created a story that is PG-13, and bordering on R. The tale includes themes of sexual assault and violence, so please be advised.

Tiffany wasn’t sure he could hear her thoughts yet, but Ingmar was definitely in her head again.

It was her parents’ twenty-fifth wedding anniversary, and she and her two brothers were taking them out to dinner at Quince’s. She hadn’t even thought about him lately. It had been weeks since he had last assaulted her, and she had been desperately hoping he’d moved on to some other woman or man. From what he had leaked into her brain, that was his pattern. He bored easily.

“Because I can. Because it will be humiliating.”

The college coed could feel her arousal intensifying. As she took her first bite of salad, she thought it was just a transient sensation, a momentary feeling of sensuality. It happened to her sometimes. After all, she was only twenty-one, and she hadn’t had a boyfriend since she broke up with Gary six months ago. That was about the time she’d met Ingmar, so maybe it wasn’t a coincidence. There was no telling what he could do with his powers.

The young women mewed involuntarily. She could barely keep still in her chair. The desire to press her legs together and squirm was almost overwhelming, and her breasts felt incredibly sensitive inside her bra. She could envision Ingmar suckling her nipples.

“Excuse me. I’ll be right back.” She hoped she was keeping her expression impassive.

“Is anything the matter, Dear?”

“Typical Tiff. Every ten minutes.” Her younger brother Chad was a High School Senior and living the annoying teenager dream. Normally, she’d shoot back a withering look, but now it was all she could do to grab her purse and leave the table.

He must be nearby. There was a range limit, otherwise, he could do this to her from Hong Kong or Berlin. The way to the bathroom took her close to the kitchen. There was a tray of cloth napkins, cutlery, and other utensils sitting at the end of the aisle. She saw exactly what she needed.

“Not, the bathroom, Tiffany. Alley.”

She shifted course. He wouldn’t relent, even long enough for her to reach him. She was thankful that the hallway leading to the rear exit was empty, because she couldn’t stop. She buried her face in her arm as she slumped to the floor and had her first orgasm, praying she had muffled her ecstatic cries as the astonishing pleasure surged through her loins.

“Was it good for you?” He was laughing inside of her brain as he continued to manipulate her neurotransmitters. Normally, she would very slowly begin to recover, basking in bliss, but he wouldn’t let go. She could feel the tension building again.

She had five orgasms on the second occasion. Tiffany had been jogging on Ocean Beach and fell into the surf, rhythmically pressing her hands between her legs as the first climax hit her like an express train. She was afraid the intensity and frequency would cause a heart attack. It didn’t, but she did pass out. A Park Ranger found her soaked and covered with sand. She made some lame excuse about tripping and got away as fast as she could.

After that, he always made sure to be closer, so she could give him whatever sick thing he wanted, as he continued to toy with her like a cat with a caged canary.

Tiffany pressed her hands against the wall for support and managed to stand. The exit was just ahead. He must be right outside.

He liked to tease her, keep her at the very edge of the next orgasm, making demands for any kind of sex act he desired, frustrating her until she would do anything he wanted, so she could feel the release. He liked to hear her beg.

When he made her this excited, they couldn’t read each other’s thoughts very well. The intensity blocked out the higher brain functions, and that’s what she was counting on.

She pushed open the door and staggered outside. There was a door stop on the floor, and she used her foot to move it, so the exit wouldn’t close all the way.

He already had his member exposed and erect.

“On your knees.” He had to speak aloud. The alley was filthy but there was a cardboard carton in front of him. How considerate. She let herself collapse down onto it, saving her nylons from the muck and mud. Her purse dropped down beside her and popped open. Perfect.

She stared up at him thinking pure hate, and grasped him with her left hand. Her right hand was searching for something else.

He cried out and staggered backward. Tiffany grabbed her purse and jumped up, managing to avoid getting any of his blood on her. The knife handle was wrapped in the napkin she took with it. No fingerprints.

There was only a buzzing in her head now, like a radio tuned between stations. His face registered shock and amazingly enough, betrayal.

“Orgasm that, you bastard,” she hissed between her teeth. Tiffany turned, opened the door and ran back inside, making sure it closed all the way this time.

“Are you okay?” One of the wait staff had been washing her hands.

“I don’t know. I need to be alone for a minute.” Tiffany was sitting on the floor in the stall. She heard the door open again. “Tiffany?” It was Mom.

“Mommy?” She stood and opened the stall.

“Is there anything I can do to help?” The young redhead’s restaurant name tag said “Sarah.”

“You look terrible, darling. Are you sick?”

“I don’t feel good, Mommy.” She fell forward into her Mom’s arms and started crying.

“It’s okay, Sweetie.” Mom put her arms tighter around her little girl, then turned to Sarah and mouthed “It’s okay.” Tiffany heard the door open and shut again as she left.

“Thank you.” She still held on to her Mom but she was listening to something else.

“Tiffany. How could you?” The thoughts seemed weak, somehow, like Ingmar was far away, but although there was a distance limitation, his “voice” was always strong until he was too far, and then it just quit. It wasn’t supposed to be like this.

“How could I? After what you did to me, to all of those other men and women? What about the thirteen-year-old boy in Phoenix, or the twelve-year-old girl that time in Omaha. You’re a predator, and today, the prey fought back.” She knew only Ingmar could hear her, but she must have been making some sort of sounds, too.

“Did you say something?”

“Of course. Why don’t you wash out your mouth first.

She could feel him. He was still in the alley, but unconscious, bleeding out. He was dying. Tiffany had never hurt anyone before. She felt guilty when she swatted a fly or stepped on an ant. How was she going to live with herself when Ingmar died?

Then she remembered how much she hated him, and hated what he’d done to her. He kept raping her in her mind, and forcing her to experience every single moment of insane, orgasmic pleasure he could get from her. That’s what she’d have to do now that he was dead and no longer inside of her. That’s how she’d survive.

I wrote this for the Sunday Writing Prompt “-gasm” hosted at Mindlovemisery’s Menagerie. Yes, I “went there,” but not as far as I suppose I could have.

Initially, I was going to write about a “wirehead,” someone who has an electronic apparatus implanted in the pleasure centers of their brain, but I couldn’t figure out how to make that work, so I changed my idea to a manipulative, predatory telepath with the knack for stimulating the parts of the brain associated with sexual arousal and orgasms.

I read about those mechanisms in an article at Buzzfeed, but decided not to get “technical” in my story.

It was difficult to write, and especially to come to some sort of resolution about how a twenty-one year old sexual assault victim was going to survive, not only the most unusual series of rapes in human history, but fighting back and killing her assailant.