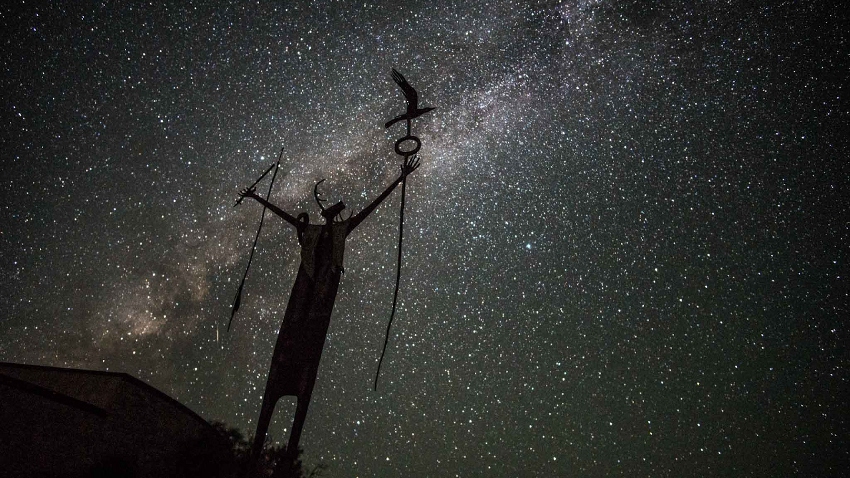 “The stars are very beautiful Travis, but I still don’t understand what you expect us to see out here. I mean camping in Palo Duro Canyon under the Milky Way is a very romantic honeymoon, but…”

“Cassie, our ancestors lived here for thousands of years before being displaced, first by the Comanche and Kiowa, and then by the Army. This had been Apache land for ten, maybe fifteen thousand years.”

“I’m not an idiot and you didn’t bring me here to give me a first nations lecture.”

“No, I didn’t. My grandfather Chano says that you can still see them here on quiet nights. If we sit peacefully by the water, they’ll appear to us just as they were.”

“Our ancestors. You can kill our bodies, but the Great Spirit will always preserve us.”

I wrote this for the What Pegman Saw flash fiction challenge. The idea is to use a Google maps location and/or street view as the inspiration for crafting a tale no more than 150 words long. My word count is 146.

Today, the Pegman takes us to The Big Cave, Palo Duro State Park in Texas. Palo Duro Canyon is breathtakingly beautiful and has a rich history which, apart from the appearance of spirits, I have faithfully represented in my wee story. Click the link I just provided to read more about it.

Oh, I borrowed the names of Travis and Cassie Fox from my homage to Andre Norton’s (Alice Norton’s) science fiction novel Galactic Derelict, but besides the names, this story has nothing to do with time or space travel.

17 thoughts on “Spirits of the Canyon”