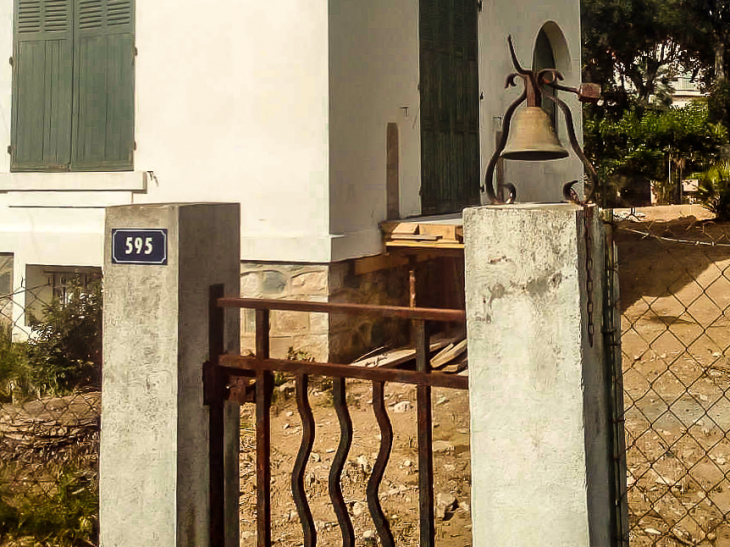 The Occultist had been a small child when he was last here. He remembered playing in the yard, ringing the now rusted bell next to the forlorn gate, playing behind the trees out back, and eating pizza with his Grandpa on the shaded patio. All of his memories of this home were happy and joyful except for the one that was horrifying.

The house and grounds had been neglected for the past twenty years. When his Dad inherited it after Grandpa’s tragic death, he didn’t have the heart to sell it or have the structure demolished. Raymund stood at the gate, closed his eyes, and said a silent prayer of gratitude. If the house at 595 Hitori Kakurenbo had been destroyed, he would have no hope of discovering the identity of the inhuman being who had slaughtered his Grandfather two decades ago. Raymund had only been seven years old when it happened, and was the only witness to the murder.

His Grandfather’s long career as a paranormal investigator had finally caught up with him. Raymund spent the past decade training for this moment. Tonight, he would discover the identity of Grandpa’s inhuman killer and bring it to fearful justice.

I wrote this for the Sunday Photo Fiction Challenge of July 1, 2017 hosted by Susan. The idea is to use the image above as the prompt for creating a piece of flash fiction no more than 200 words long. My word count is 198.

Yesterday, I again discovered the hazards of allowing children unmonitored access to the internet. My nine-year-old grandson showed me a video on YouTube called 10 Paranormal Games You Should Never Play. He wanted to incorporate some of them into a game we’ve been playing (role playing game, so it all exists in the imagination), but after viewing them, I said absolutely not.

Chances are, all of these are hoaxes, but if you have faith in God, you have to accept that there is a supernatural realm, and the danger of falling into evil.

I borrowed the villain and the street name from the original appellation of one of those games to act as the murderer and the address of the crime scene. Yes, today’s wee tale takes a turn into the darkness, however, I rarely can let evil win, so I’m also planning for redemption.