Letitia (Jurnee Smollett), Atticus (Jonathan Majors), and George (Courtney B Vance) in a scene from the show “Lovecraft Country”

After my review of the first episode of Lovecraft Country Sundown, I thought I’d just keep watching and maybe review the entire first season as a whole. But after viewing three more episodes, because each show is so densely packed, I was afraid of losing a lot of the details.

So now that I’ve watched Whitey’s on the Moon, Holy Ghost, and A History of Violence, I thought I should recap them now.

In “Whitey’s on the Moon,” the creepy white guy at the door of the huge mansion in the middle of nowhere is William (Jordan Patrick Smith) and he seems to treat Tic, Leti, and George very well. They all wake up in their rooms with objects of their most cherished desires. George is hip deep in books while Leti has a closet full of wonderful clothes all exactly her size, and they couldn’t be happier.

Tic, on the other hand, remains deeply disturbed by their encounter with monsters the previous night, and finally comparing notes with the other two, realizes that they didn’t remember a thing. Even their car Woody has been restored to them. All of this is due to magic spells, but I’ll get to that.

END_OF_DOCUMENT_TOKEN_TO_BE_REPLACED

When I decided to review the first season of the television series Lovecraft Country, I didn’t know if it would be a single review of the series, episode by episode, or something in between.

Then I watched the first episode Sundown and was truly horrified, but not as you might imagine.

If you haven’t seen it and you care about that sort of thing, there are tons of spoilers ahead.

The show tells the tale of a young black man named Atticus “Tic” Freeman (Jonathan Majors), a veteran of the Korean War who is traveling by bus to his home in Chicago because his father has gone missing.

END_OF_DOCUMENT_TOKEN_TO_BE_REPLACED

It features my short story “The Babel Project” (Pride). The review states in part:

END_OF_DOCUMENT_TOKEN_TO_BE_REPLACED

Cover art for the novel “The Cunning Man”

If you read my review of the short story Appleseed: A Founder Effect Legend, you know this is my opening effort in taking a closer look at the literary products of Baen Books.

I’ve written enough (more than enough) about the Baen’s Bar kerfuffle, but I’m convinced that the worst Baen editor Toni Weisskopf is guilty of is neglect. I’m also, if not convinced, at least deeply concerned, that this entire mess was orchestrated (with the original “catalyst” either deliberately crafting the hit piece, or unwittingly serving the purposes of others) to muffle or even mute a publisher who is politically agnostic as far as selecting authors and books (apparently this can be a bad thing if you want to promote an industry serving only a single perspective, excluding all others).

I’m writing these reviews, in part, because I’ve always had a soft spot for the underdog, and having been bullied as a kid, I don’t like the adult bullies, either.

END_OF_DOCUMENT_TOKEN_TO_BE_REPLACED

Eugene hadn’t felt the warmth of a woman’s touch in too long. The pandemic, lockdowns, and all the rest made most people reluctant to become intimate with a stranger. His life had always been dependent on a near endless string of brief, anonymous affairs. He had been starved for what he needed for what felt like an eternity.

“Come here, lover.” Brenda cooed and sighed as he took the nipple of her right breast between his lips and expertly fondled it with his tongue.

They were both nude and his penis began to stir, but the longing he felt went far beyond that. However, as he was about to strike, he was startled out of the moment.

“And now you’re mine, you poor sap.” Brenda clutched his head in both of her palms and began a ritual Eugene knew all too well.

END_OF_DOCUMENT_TOKEN_TO_BE_REPLACED

Olivia tiredly trudged down the steep, rocky walk toward the village. It had been a disappointing journey for the most part. She hoped this wouldn’t be another town that enforced masks. She always kept one handy, but it frequently smudged the pasty pancake makeup liberally applied on her face. Didn’t do much for her black lipstick and heavy mascara either.

She was barely an adult, not quite twenty. Yet it seemed like she had been searching forever. The scene before her was almost antithetical to both herself and her quest. It could have been a town out of her great-grandma’s favorite movie, the “Sound of Music.” High clock tower, quaint houses and buildings, a study in pastels. And she was a girl of stark blacks and whites punctuated by multiple piercings. For her, goth was not a passing fancy.

END_OF_DOCUMENT_TOKEN_TO_BE_REPLACED

Yesterday, I published a bit of a tease, but have since been given permission to make a more complete announcement.

My short story “The Babel Project” has been accepted into the Terror Tract horror anthology “7 Deadly Sins”. Not including the Sweetycat Press contest winner and the Reedsy publication, that’s nine stories accepted into anthologies and periodicals so far for 2020.

You may recall that my short story From Deep Within the Skin has been published by the same press in the anthology Infestation.

Both horror stories are presented in a science fiction context, but where the former included both homegrown and alien creepy crawlies, this one, like so many other stories these days, focuses on a global pandemic threatening to wipe out all human life.

END_OF_DOCUMENT_TOKEN_TO_BE_REPLACED

That’s all I have to say for now…

…oh, except for the opening quote:

END_OF_DOCUMENT_TOKEN_TO_BE_REPLACED 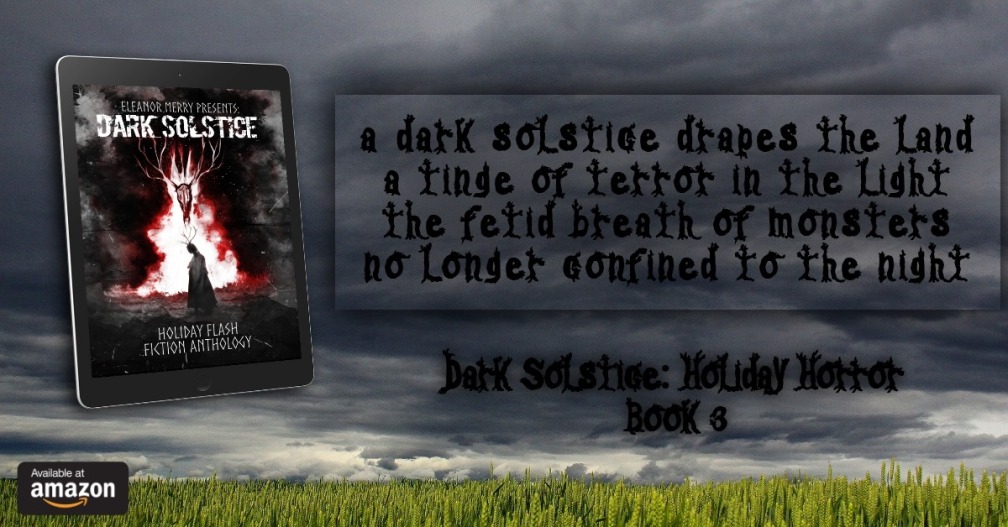 The submission call was for up to five short stories, each between 100 and 500 words long. I submitted two and one was accepted.

END_OF_DOCUMENT_TOKEN_TO_BE_REPLACED

I don’t quite recall the original conversation I had on Facebook, but a little over a month ago, I agreed to review the Death’s Head Press anthology And Hell Followed. Jarod Barbee purchased a digital copy for me, and I downloaded it to my kindle device and started reading.

What intrigued me about this particular horror anthology, was that the theme required authors to craft tales based on the Book of Revelation. Yeah that one. The last book in the Christian Bible. The one that foretells the end of life as we know it on Earth and the second coming of Jesus Christ…

…and a whole bunch of very, very horrible sounding events.

I just finished reading it earlier today, and I must say, it didn’t disappoint. The general quality of the tome held up pretty well. Usually in anthologies, there’s some fluctuation in quality from one story to another, and while each missive was quite different from the next, all of them were engaging and entertaining.

More than a few creeped me out.