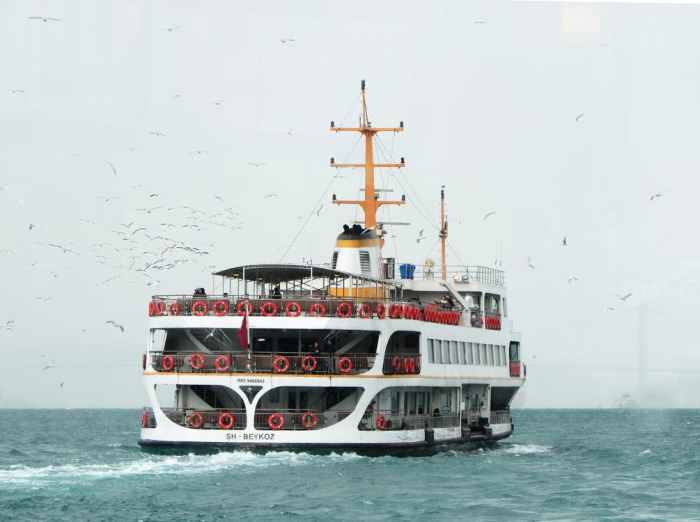 The Golden Gate Bridge was almost completely concealed in early morning fog as the 6:30 a.m. ferry made its way from Vallejo to the San Francisco Ferry Building. It was a typical Monday morning commute, and a much more civilized way to get into the City, though the crowding on board was still barely tolerable.

It was Erma Carr’s first day traveling to work by water, having given up with both driving and BART, this being somewhat ironic, seeing that she was an Ichthyologist.

“Whatever it is, the thing’s huge.”

The comments of her fellow passengers pulled her toward the starboard side of the ferry, which was facing the Golden Gate and the Pacific Ocean beyond.

Carr’s blood proverbially froze in her veins. She was a shark biologist working at the Steinhart Aquarium, and had done her Master’s Thesis on extinct shark species. What she was looking at was impossible. The Megalodon species had perished over two-and-a-half million years ago. It was nearly as big as the ferry, and as it breached the water, she knew it would kill them all.

I wrote this for Week #29 of the Flash Fiction for the Purposeful Practitioner challenge. The idea is to use the image above as the prompt for crafting a piece of flash fiction no more than 200 words long. My word count is 195.

I found out the other day that a film called The Meg is coming to theaters in August, based on the book series by Steve Alten. Yes, another shark movie, but this time the shark is 60 or 70 feet long. You can read more about Megalodons at Wikipedia or do a Google image search to get some sort of idea of how huge these brutes were.

I wrote this one just for giggles.

So far, I’m the only one participating in this week’s linkup, so please consider adding your own story. Thanks.

6 thoughts on “When Meg Comes to Visit”