I was unprepared for how Avengers: Endgame (2019) hit me emotionally. I knew all the spoilers (or most of them) ahead of time, both from talking with my son Michael who had already seen the film, and from subsequently reading them online. I knew Natasha/Black Widow (Scarlett Johansson) and Tony Stark/Iron Man (Robert Downey Jr.) would die, I knew everything.

Yet, near the end of the movie, when we were at Tony’s memorial service, I didn’t just tear up, I actually cried. I don’t think my son and grandson noticed, but it was an intensely emotional sequence in the film. I’d recovered by the time Clint/Hawkeye (Jeremy Renner) and Wanda/Scarlet Witch (Elizabeth Olsen) were talking about the loved ones they’d never get back, and when Steve/Captain America (Chris Evans), aged over 100 after he went back to 1945 and stayed in the past, gave his shield to Sam/Falcon (Anthony Mackie) with Bucky’s (Sebastian Stan) approval so he could become the new Cap.

I lost it again during the credits when the core Avengers actors literally signed off, which is something I haven’t seen since the end of the film Star Trek VI: The Undiscovered Country (1991) nearly thirty years ago. I realized I was saying one last goodbye to my friends and my heroes, not just their film incarnations, but the Avengers I had grown up reading about in the comic books back in the 1960s. My childhood ended all over again.

Yes, “Endgame” is worthy of its hype and every bit the satisfying culmination of eleven years and twenty-two Marvel Studios movies…with a few caveats.

Okay, so the Captain/Carol Danvers (Brie Larson) shows up early in the film, rescuing Tony, Nebula (Karen Gillan), and Rocket (voiced by Bradley Cooper) from their “dead in space” vessel and returning them to Earth. Then, because she’s really busy on other planets dealing with the aftermath of “the snap,” she doesn’t return for five years, but just in time to blow up Thanos’ (Josh Brolin) ship and (marginally) saving the day, but why didn’t she just pummel Thanos  into dust?

The only hero who nearly defeated the villain single-handedly was Wanda, which caused Thanos to order his ship to fire indiscriminately at ally and foe in order to get her to stop. Captain Marvel trades a few blows with Thanos, but then he slaps her aside and she vanishes from the film. The only time we see her after that was at Tony’s memorial. If she’s supposed to be the single, most powerful hero in the Marvel Cinematic Universe, you think she’d do better than Thor (Chris Hemswroth), Iron Man, and Cap, all of whom lasted longer individually against Thanos than Danvers did.

Also, and I don’t know if this was purposeful, but Larson played Danvers with all the emotional depth of a block of wood. Maybe that’s just the character, but if it is, then how in the world are audiences supposed to care about her or anything she does (keep in mind that this year’s Captain Marvel is the only Marvel movie I haven’t yet seen)?

I’ve made this complaint before, but actress Tessa Thompson just doesn’t have the presence (or the height) to pull off being a totally bad ass female warrior like Valkyrie. Norse legends aside, Danai Gurira who played Okoye was a much more convincing soldier and fighter, and yet Valkyrie ends up inheriting the leadership of what’s left of Asgard in a little town in Norway (filmed in Scotland).

In the early 1970s, when first (or was it second, I can’t keep them straight) wave feminism was making itself felt in popular culture, Marvel comics produced a number of stories about female led adventures. One had to do with an all-woman division of SHIELD called “the femme force”. There were also some stories featuring the six-foot-tall, blond haired, blue eyed Valkyrie trying to kill certain male heroes, including the Hulk and the Thing, because they were “male chauvinist pigs.”

During one sequence in the film’s final battle, all of the female heroes surround Captain Marvel who has taken the infinity gauntlet from Spider-Man (Tom Holland) and go into battle against Thanos. Okay, the laws of probability say that this is unlikely to occur given all of the players available on the field, but it’s still possible. However the laws of inclusion and progressiveness required that it play out this way, so there you have it. In the end, the sequence could have been removed from the movie and it would have made no difference.

Much of the movie depicted just how difficult it was for our heroes to go back in time and recover all of the infinity stones so they could return them to the present and undo the snap. Really, it was amazingly hard to pull off, and unintentionally drew attention to their activities in the bargain. So how, at the end of the movie, did Captain America single-handedly return them all to the exact moments when they were removed?

Example: Steve relieves Agent Jasper Sitwell (Maximiliano Hernández who has gained a few pounds since we last saw him in 2014’s Captain America: Winter Soldier) of the scepter in a crowded elevator by convincing him that he too is a Hydra operative. So how did Steve give the scepter back after taking it and then fighting his past self (by comparison, returning the Time Stone to the Ancient One, played by Tilda Swinton, would be a piece of cake)?

There’s no way Cap could have pulled it off with any sort of stealth, which I suppose is why it all happened off camera.

I can only imagine that actor Mark Ruffalo had a ton of fun playing Banner/Hulk this way, as a merged being. I thought I was going to hate it, I thought it was going to be stupid. After all, one of the defining characteristics of Banner is that he’s always trying to “cure” himself of being the Hulk. But instead, the two aspects of his personality learn to peacefully co-exist, and even enjoy the celebrity his state attracts. I kind of miss the smashing, though.

This is the big one, the huge plot hole no one talks about. The whole point of not using time travel to change the past is that you can’t change the past. If you try, you only create an alternate timeline. You don’t fix or break anything that happened in your own reality. That’s the reason, Hulk/Banner chose to bring back all of those who had been “snapped” in the present, rather than resurrect them a second after the snap occurred in 2018 at the end of Infinity War. Tony especially didn’t want to change his present and risk having his little girl Morgan (Lexi Rabe) not be born. Bring the lost back but change absolutely nothing else.

Except that’s not what happened.

First of all, Thanos, who dies early on in the movie, decapitated by Thor, only comes back because his past self discovers, through the past version of Nebula, that present Nebula has traveled back in time to recover one of the stones. The two minds are linked on the same network and everything is revealed to him about what he’s going to do, and more importantly, what the Avengers are trying to undo. So he, past Nebula, and past Gamora (Zoe Saldana), his space ship and his army, travel into the present to stop the Avengers from “unsnaping” everyone. At the end of the movie, present Nebula is dead and past Thanos is “snapped” along with his army, but past Nebula is shown with the Guardians of the Galaxy, leaving Earth on Quill’s/Star-Lord’s (Chris Pratt’s) ship, along with Thor. We don’t see it explicitly, but presumably past Gamora also survived.

But now we have a time paradox. If Thanos from the past dies in the present, who does all of the things he was supposed to do in “Infinity War?” Same with Nebula and Gamora, who originally dies by Thanos’ hand when he recovers the Soul Stone?

When Cap goes back in time to restore all of the infinity stones plus Thor’s hammer, he decides not to come back to the present. Instead, he returns to 1945 and stays, living out his life with his beloved Peggy Carter (Hayley Atwell) even finally having that dance she promised him (and remember, in “Winter Soldier,” we learn that Peggy had married another man). 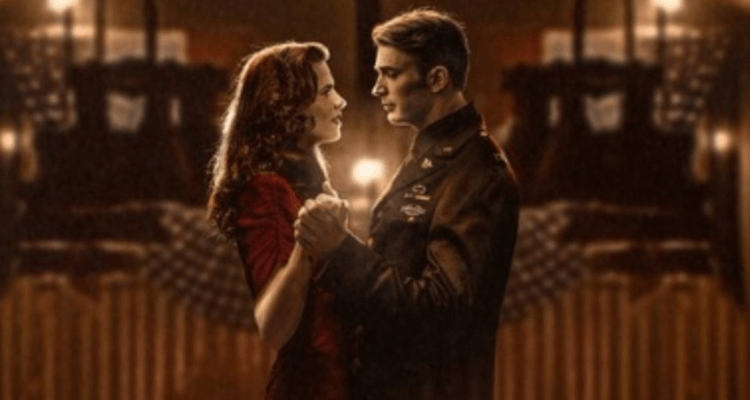 Okay, he could still do this and have his past self be frozen in the ice, then later recovered nearly seventy years later, but think about it. Steve is in the past living and doing things he never did in the original timeline, including marrying Peggy and presumably having children (and eventually grandchildren and great-grandchildren). Did he continue to be Captain America after the war? What did Cap do during the rest of the war after his past self was frozen? Did Peggy ever co-found SHIELD? Why would she when Steve already knew Hydra would take over SHIELD and function as a covert terrorist organization from the very beginning? Would Steve and Peggy’s children inherit any part of Steve’s super soldier abilities? How would their very existence change the nature of the timeline?

It gets more complicated when you remember that in Captain America: Civil War (2016), young Steve is at Peggy’s funeral. So where was old Steve?

All of this should have created an alternate timeline, the consequences of which I couldn’t even begin to map. Long story short, the movie shouldn’t have ended the way it did.

The film is too densely packed for me to comment on everything, so I’m just presenting the highlights. I loved Tony’s past interaction with his Dad, and Steve’s grieving while seeing Peggy in 1970. There were a lot of tender moments in the movie, not the least of which was Clint being reunited with his family (after becoming a cold-blooded vigilante and murdering who knows how many bad guys -though originally, he was a SHIELD assassin who had been assigned to kill the Black Widow).

My grandson generally loved the movie, but hated the time travel angle. He thought there should have been another way to bring everyone back from the snap, though since Thanos had destroyed the infinity stones at the film’s beginning, I don’t see how that would work.

From my point of view, Marvel has painted themselves into a corner, since any subsequent movies must, by definition, occur five years into the future of the audience’s present. Also, half of the inhabitants of the Earth suffer from survivor’s guilt while the other half has lost five years of history. This will especially impact Peter Parker in Spider-Man: Far From Home, due to be released next month, since he still has to finish high school, and his classmates must have also been snapped. Otherwise, they’d be graduating university by now.

“Endgame” is a great film and a credit to all of the movies that have come before it, but Marvel Studios left a terrible mess to clean up. I wonder if they’ll ever recover? For more on that question, read the commentary at Forbes.