Promotional image of Kylo Ren (Adam Driver) from the 2019 film “Star Wars: The Rise of Skywalker”

A day or two ago, I saw a YouTube video on Mara Jade’s twitter account commenting on a Bounding Into Comics article titled Fans Threaten J.J. Abrams and Report Mental Breakdowns Over Kylo Ren’s Ending in Star Wars: The Rise of Skywalker.

Frankly, I was amazed. I guess I shouldn’t be. As a fan of the television show Smallville (2001-2011), I watched fans on social media tear each other apart over which female lead should be in a relationship with Clark (Tom Welling). I watched the show for the superhero stuff, even though it really was a teenage/millennial soap opera.

So why shouldn’t Star Wars: The Rise of Skywalker (2019) be any different?

However, the more I read the outrageous comments being supposedly made on twitter (to read them, click the appropriate link above), the more I became curious. Are these people real?

I wasn’t about to go on a subreddit to find the longest one, but I did check out each twitter account to see if it existed and contained credible content. They all did. Every single one. Here’s the list:

As I’m writing this, I’m toying with the idea of tagging these folks when I promote this blog post on twitter. No, I probably won’t. Based on what they’ve written, it seems they’ve taken enough taunting on social media by now.

A few of these commenters suggest that Kylo Ren/Ben Solo (Adam Driver) was seduced to the dark side of the Force, both because he was powerful with the Force and because he was abused and/or neglected by his parents Leia (Carrie Fisher) and Han (Harrison Ford) as a child.

The idea isn’t unheard of. See Adam Driver confirms parental neglect turned Kylo Ren to the dark side, More Than a Monster in a Mask, Kylo Ren Struggles to Cope With Childhood Abuse in Star Wars: The Last Jedi, and Was Kylo Ren Abused? for examples.

Oddly enough, the answer is “yes.” That’s pretty tough to swallow, but between Return of the Jedi (1983) and The Force Awakens (2015), over thirty years passes, so a lot could have happened.

Somehow, after the Rebels won in 1983, they built a new Republic which inexplicitly fell to the “First Order,” which rose again to become a second Empire, perhaps led all along by Emperor Palpatine (Ian McDiarmid). I don’t know how all that could have happened, but I bet there’s an expanded universe novel out there that explains it.

It must have kept Han and Leia busy enough to neglect a young Ben Solo, who in his abandonment, turned to the memory of his grandfather Darth Vader (voiced by James Earl Jones) and then to Supreme Leader Snoke (Andy Serkis).

Yes, I could do a lot more research and delve into the volumes of information associated with this history, but I don’t have the time or desire. Besides, it’s not the point of this essay.

People were not only complaining, but actually felt wounded by Ren’s death and his not being able to find happiness and joy in a relationship with Rey (Daisy Ridley). They may have been identifying with him, not as the anti-hero or villain of the most recent Star Wars trilogy, but as a lost and lonely child, betrayed by his parents, the children they were growing up.

If so, there may be more of a rationale behind their outrage than simple fandom.

We see this in another popular movie character: Loki (Tom Hiddleston)

Steve Rogers (Chris Evans): I wanna know why Loki let us take him. He’s not leading an army from here.

Bruce Banner (Mark Ruffalo): I don’t think we should be focusing on Loki. That guy’s brain is a bag full of cats. You can smell crazy on him.

Thor (Chris Hemsworth): Have a care how you speak! Loki is beyond reason, but he is of Asgard and he is my brother!

I remember that Thor’s quip raised a bit of outrage from people who were adopted, their adoptive parents, and many others. 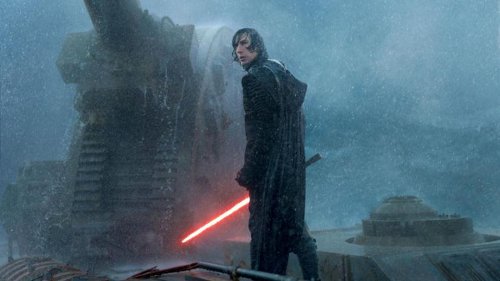 Promotional image of Kylo Ren (Adam Driver) from the 2019 film “Star Wars: The Rise of Skywalker”

However, it does suggest that being adopted or, in Kylo Ren’s case, being neglected, can lead to a life of not only bad decisions, but villainy and evil. Yes, that’s bound to upset some people.

However, considering both Kylo Ren and Loki, there’s one principle in cinema that applies. If you have done monstrous evil, murdered millions or billions or more living, breathing, innocent people, even if you repent and do something good at the end, you still have to pay by dying.

Just look at Darth Vader. He was totally evil and embraced the dark side fully. At the end, Luke (Mark Hamill) was able to turn his father back to the light, but he still had to die.

So Kylo Ren/Ben Solo was fated to die at the end of the trilogy, and in exactly the same way as his grandfather. I saw it coming when I first watched “Force Awakens” in 2015, and wasn’t surprised in the least when it happened in the current Star Wars movie.

I’m surprised anyone saw it differently.

Except they wanted Kylo to live, to win love and happiness, because those people most emotionally invested in him want and need that in their lives as well. Maybe some of them do have it, but my guess is that others are still looking, wanting, needing.

So when Kylo Ren died, not only was this fictional character denied a bright future, but so, in a way, were his biggest fans.

At the end of the day, we all have our heroes, and when they (fictionally) die, we mourn. I cried when Tony Stark/Iron Man (Robert Downey Jr.) died at the end of the 2019 movie Avengers: Endgame. I cried again at his funeral, and again when the cast of the Avengers films literally signed off on the screen. Yes, some of them will be back in other movies, but Iron Man and Captain America, the latter being my favorite of the bunch, are gone forever, except when I watch the DVDs.

Kylo Ren is gone forever (assuming no Force ghost) except when his fans re-watch the current movie or the two others in the trilogy. I suppose they mourn, too.

One last note. Yes, when a hero dies on screen and you’re emotionally invested in them, it is painful, but the pain is temporary. It’s not like they were a real person. They aren’t you and they aren’t me. I left my grief for Tony behind in the theater or soon afterward. I didn’t complain at directors Anthony and Joe Russo for killing him. I have my own life, real life victories, and real life failures. For me, movies are a distraction and entertainment. When you make them your life, you probably are missing something in your real existence.

“You must be the change you wish to see in the world.” -Mahatma Gandhi