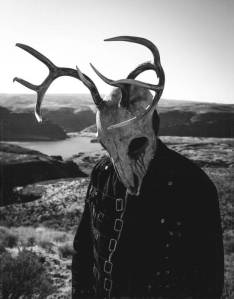 “Just because they we lost contact with him doesn’t mean the worst, Amalia.” Nicholas Bishop nearly reached over to touch her hand, but instead, let it join his other one, cradling his coffee cup. He followed the younger woman’s gaze out the coffee shop window. Traffic was heavy, even this early in the morning. Las Vegas Boulevard was clogged with motorized humanity, trying to get to offices and schools before the August heat overwhelmed their air conditioners.

“You know Matt would have found a way to get through to us.” Her voice was husky, which Nicholas found sensual, but it was because she’d been up all night crying. He supposed the two of them might have gotten married someday, except his work as a climatologist kept him away from home for weeks or months at a time.

“He’s in a remote part of the Amazon basin. It’s not like he gets cell service.” He took another sip of his overpriced latte while she let hers grow cold in front of her. “The Peruvian government sent in a team to look for him a few days ago. Give it a little time.”

“How did you feel when Alexi died?” Her voice didn’t change and she hardly moved, but it was as if Amalia had slapped him in the face.

He wasn’t physically expressive when he spoke. Five years as the head of one of the world’s top climate research labs taught him restraint and brevity. But now he completely froze, holding in hot rage and pain. How dare she bring up his wife.

“But I had…” He almost said “a body,” but the vivid memory of her last moments of life in hospice, cancer having ravaged her inside and out, was too ghastly to put into words. “I saw her…go. I buried her ashes.” She had always loved the desert. He saw the wilderness, the sand and yucca plants, as only a laboratory, container for his research. She saw a world of life, and as her parting wish, she asked him to let her mortal being be returned into the barren desolation that had captured her soul.

“I think this is harder, the not knowing. Not being able to see him one last time.” She unexpectedly turned to face him, pale blue eyes rimmed with red. “Don’t you think?”

“I think I lack perspective. Alexi’s only been gone…”

“Matt’s been out of communication for less than three weeks, Amalia. Look.” He leaned forward, a strand of graying hair falling over his forehead as if for effect. “Take as much time as you need. Kim and Ellen will cover your tasks at the lab.”

“No. I’d rather come back and work. Just sitting in some hotel room…” The xenopsychologist turned her head and squinted at the sunlight streaming in the tastefully shadowed cafe. “Las Vegas isn’t the place I’d choose to live. Matt always liked rain forests, green and growing, full of life. That’s what pulled me to him.”

“But you came to work at a lab located in the middle of the Nevada desert.” He tried to make a joke, get her to laugh, but it fell flat.

“I’m sorry. I know I’m terrible company.” She stared down at the table top, and he saw the first few teardrops splatter on it like rain. It was the heralding of a coming storm.

This time he did put his hand on hers. She didn’t pull away. He realized he was feeling guilty and wished she’d have objected.

“The next flight back to the lab is this afternoon. If you want to return to work, we can go together.”

She nodded without saying a word, and he thought she’d burst like a rain cloud. Instead, she stared at him again, this time imploringly.

“Promise that you’ll tell me the instant you hear anything, good or bad.”

“Of course, I will. Remember, they may call us a team back in Washington, but here, we’re a family.” He winced. He and Alexi chose not to have children because of their careers. Now, he was 55, widowed, with nothing to show for his life but his work. Amalia was only 32, and he’d often heard her and Matt talk about how large a family they wanted someday.

Nicholas stood up. “Let’s get out of here. Go for a walk before it gets too hot.”

Walking through the glass doors, the arid outside air assaulted them, along with gasoline fumes and the relentless din of traffic. For the first time since Alexi died, Nicholas wished he were back in the desert where he’d left his wife’s ashes. The look in Amalia’s eyes told him she longed for the rain forest and for Matt. Either alive or dead, she needed to know.

They walked together sharing a lost moment before they faced death and life again.

I wrote this for Mindlovemisery’s Menagerie‘s Sunday Writing Prompt: Death.

So I used a couple of characters for my WIP and injected them into this scenario, leaving the overarching plot intact. Think of it as a snapshot taken between scenes.

While the details of the WIP are still under wraps, I’d like to let you know that my short story “The Deseret War” is available for pre-order from Amazon, contained in the anthology A Mighty Fortress (A Mormon Steampunk Anthology Book 4).

For a full list of my published fiction works, see my Fiction Publications page.

To read other stories based on the prompt, visit Mister Linky.

4 thoughts on “Sharing a Lost Moment”