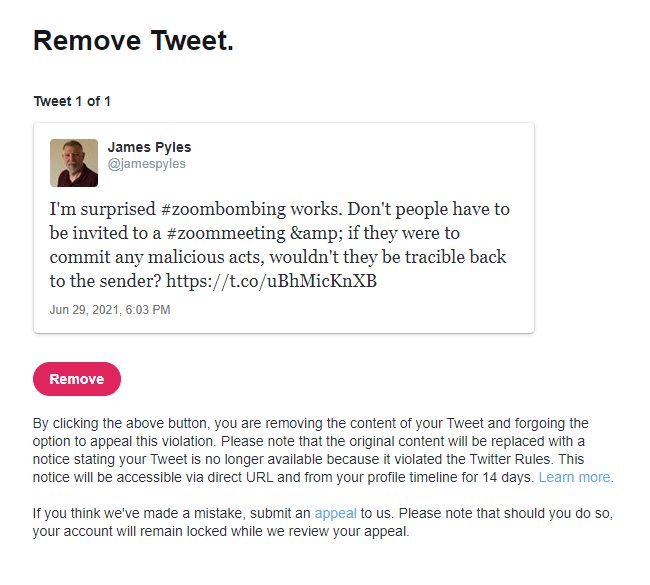 Screenshot from my email.

Yesterday, I put up a tweet on twitter questioning the security of the app Zoom and a link to a source I found on LinkedIn showing how “zoombombing” was used for anti-Semitic purposes. Today, I found I was suspended from twitter because of that tweet, but twitter won’t tell me why.

Screenshot from my email.

Oh, along with the message, here’s the link I put in the tweet: How to Prevent “Zoombombing.” It’s from the Anti-Defamation League, which has a long history of fighting antisemitism. 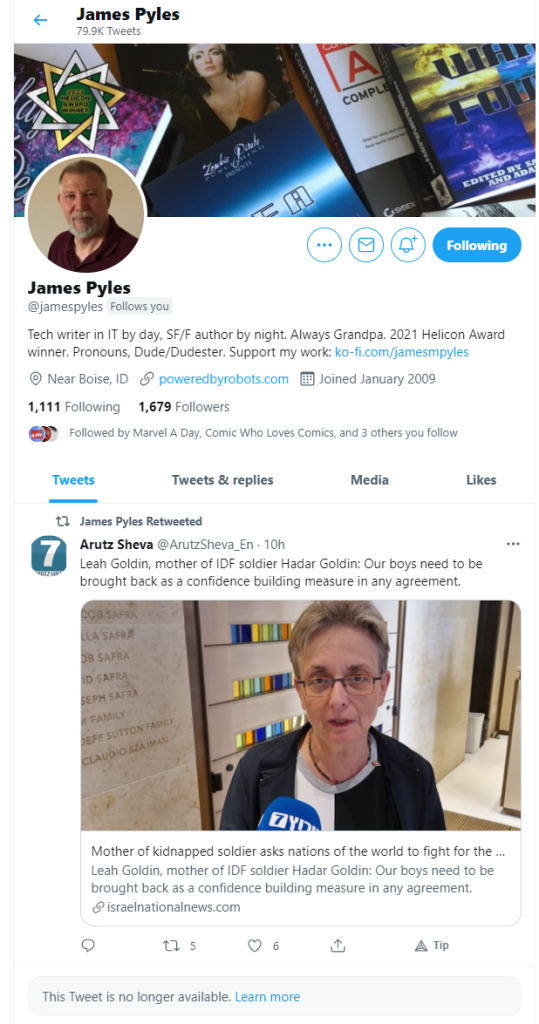 Of course, anything anyone tweets to me will go unanswered until twitter sorts things out (however long that will take).

I wouldn’t mind so much, except I didn’t say or do anything wrong. Twitter’s algorithm must be wonky. I can only hope that a human being will see this and decide it was a mistake. If my tweet somehow violated some rule, then I can only conclude twitter is crazy.