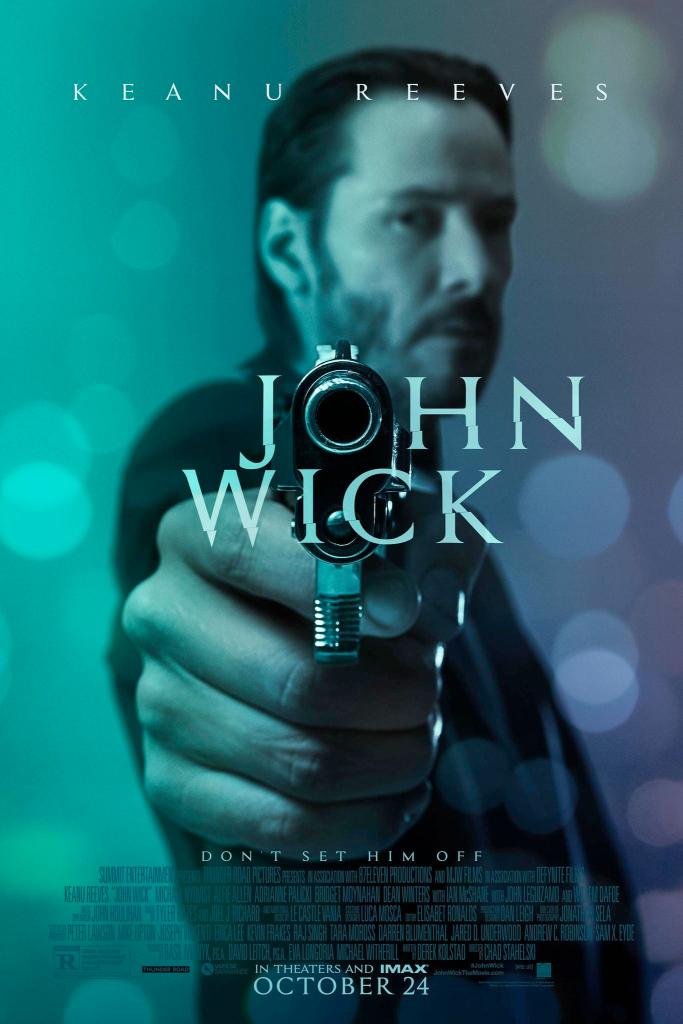 I’ve been hearing a lot about John Wick (played by Keanu Reeves), but mainly as a meme. Basically, if you kill Wick’s dog, he comes after you with a vengeance. I didn’t really know what it meant.

I knew there were three Wick films out and a fourth pending. I thought maybe the movies were based on a book series or something (they’re not).

So when I was at my local public library yesterday and saw the 2014 original “John Wick,” I figured “why not?”

Knowing nothing about the film or the character, it was hard to get into at first. Who is this wounded, dying guy at the beginning? Why is he watching a video of a woman, apparently his wife Helen (Bridget Moynahan), on his phone as he bleeds out.

Then the rest of the film as a flashback.

Since the movie’s been out for seven years, I don’t think I’m dropping any spoilers by saying that Wick was formerly an assassin for New York’s Russian mob before meeting Helen and falling in love. He told his boss Viggo Tarasov (the late Michael Nyqvist) he wanted out. Tarasov assigned Wick an impossible assassination task as a condition, and when Wick completed the job, he had to honor it.

Then Helen passes from a sudden terminal illness (which must have been difficult for Reeves to play given that his former girlfriend Jennifer Syme was killed in a car accident in 2001) and Wick is emotionally lost.

However, before her death, Helen arranges for a Beagle puppy to be delivered to Wick as something he could learn to love. He quickly bonds with the dog and then things go nuts.

With the dog in the car, while Wick is filling up his vintage 1969 Ford Mustang Mach 1 at a gas station, he encounters a trio of Russian mobsters including Iosef Tarasov (Alfie Allen) who he doesn’t know. Iosef spontaneously offers to buy Wick’s car and curses at him in Russian when he doesn’t. Wick answers him in Russian (which should have been Iosef’s first clue) and drives off.

Later that night, the dog wakes Wick up, and even though he’s a former assassin with a terrific rep, he’s taken by surprise by Iosef and his two thuggish partners. They beat him up, kill the dog, and steal the car.

This part I call B.S. Of all the people Wick could have encountered by chance, he just happens to run into his old boss’s spoiled, pampered son who thinks he can take whatever he wants. Then the kid does the one thing to pull Wick back into the world of murder, making it very personal.

Iosef takes the car to a high end “chop shop” to get a new VIN number and so on, but when the owner Aurelio (John Leguizamo) sees it, he instantly recognizes it as Wick’s. Getting the story out of Iosef, he hits Iosef who threatens to sic Daddy on him. Once Daddy finds out why Aurelio hit his kid, he decides to hit Iosef several more times just for being stupid. Then the senior Tarasov calls Wick trying to fix things but it doesn’t work.

The rest of the film is an adrenaline-fueled violence fest with Wick hunting down Iosef and narrowly missing him (the body count starts going way up, however).

In the meantime, Viggo contracts with Marcus (Willem Dafoe), Wick’s former mentor and friend, to kill Wick for $2 million. Apparently, Marcus willingly agrees. It’s an “open” contract though, meaning that anyone can kill Wick to claim the money.

We are introduced to the New York Continental Hotel and its concierge Charon (Lance Reddick) as well as the owner Winston (Ian McShane). It’s basically a refuge for assassins with one of the main rules that no assassinations take place in the hotel or associated club. Marcus sees Wick going in and reveals a high powered rifle signaling to the audience that he plans to take Wick out.

While talking with Winston in the club, he is spotted by someone who seems to be a former acquaintance Ms. Perkins (Adrianne Palicki) who turns out to be nothing but trouble.

From there, Wick traces Iosef to another exclusive club, the Red Circle. Twice in this sequence, we see Wick spending a lot of time dressing in two different outfits with two different sets of weapons. I guess he thinks the clothes make the job if not the man.

Wick wades through bodyguards but not without being wounded himself. Iosef, who had been in a pool drinking with his mates and some girls, wearing nothing but a towel, manages to make it out the front and into a getaway car.

Wick isn’t so lucky, but he does get back to the Continental and “orders” a doctor (Randall Duk Kim) to call on him to patch him up.

Afterward, alone, Wick lies down and Marcus, on a rooftop across the street, puts him in his rifle’s sights just as Ms. Perkins shows up to kill Wick. Marcus shoots Wick’s pillow to warn him and a long, drawn out fight ensues.

Given how many men Wick has just killed with the greatest of ease, I found it difficult to believe that Perkins could be such a difficult foe. But then again, we do need “strong, female characters,” plus, to be fair, Wick is wounded, not expecting to be attacked since the hotel is a neutral zone, and Perkins is not just a bodyguard, but an expert assassin.

Eventually Wick subdues her and leaves her in the “care” of a fellow assassin Harry (Clarke Peters) who Wick pays and instructs to “catch and release”. Perkins later turns the tables on Harry and straight up kills him.

The hotel gifts Wick a new car as compensation for his “troubles” (being attacked by an assassin in violation of their neutral policy). 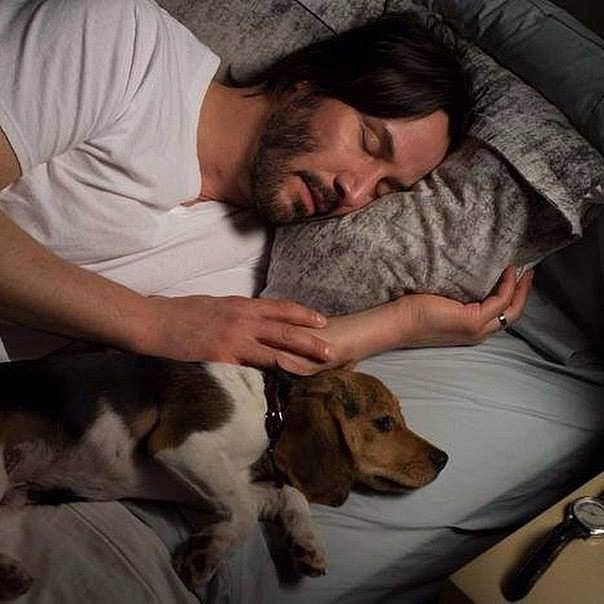 Wick then finds out where Tarsov’s local “bank” is in an Orthodox Russian church, burns all of the assets, and when attacked, machine guns down half of Viggo’s goons. Unfortunately, Wick is captured but helped to escape again by Marcus. Before hand, while Viggo is slapping Wick around, Wick breaks down and tells him why Daisy (the dog) meant so much to him and why he wants Iosef.

After his escape and with some sort of bazooka in hand, Wick catches up with Viggo and threatens to kill him if he doesn’t hand over Iosef. Viggo reluctantly agrees and sits at home getting high while Wick hunts Iosef in a Brooklyn safehouse.

As predicted, Wick wipes out everyone, saving Iosef for last, and who is still protesting “It was only a f*cking dog,” when as he dies.

But it’s not over.

Perkins spots Wick and Marcus together and tells Viggo. Viggo and his punks waylay Marcus, torture him and finally murder him for betraying the contract.

As a matter of honor, Winston informs Wick of what’s happening. While Perkins is supposed to be waiting for Wick so she can kill him, Winston has her murdered for violating the hotel’s rules (it was a satisfying scene).

Climax in the rain as Viggo and the punks he’s got left are driving for a helicopter to escape. Predictably, after some difficulty, Wick kills everyone and only Viggo is left. They fight hand-to-hand which is where Wick receives his near-fatal wound we see at the movie’s start. He kills Viggo and we end up full circle.

Except Wick manages to pull himself together and breaks into the building which as an animal shelter or vet’s office. He uses the medical supplies there to bind himself up, decides to take a pit bull puppy with him, and they disappear into the night together (the guy probably needed to be in a hospital).

I liked the “club” aspects of the film and an organization of killers with a code of honor (most of them, anyway). Alfie Allen was the perfect choice to play Iosef. And as I said, Adrianne Palicki totally owned the role as Perkins, so much so, that it was almost a pleasure when she’d finally gunned down.

Technically, the film was very good and it was all shot on location in and around New York City. It took me a while to figure out who was who and what things were supposed to be. Finally, I looked up the movie online to get the backstory so what I’d watched would make sense.

As “R” rated action/violence films go, this one’s pretty good. As always, Reeves lends a great deal of intensity to the role of John Wick who isn’t always an easy guy to like.

If you haven’t seen this movie yet and my review makes it sound interesting, then it wouldn’t be a bad way to spend 101 minutes of your time.