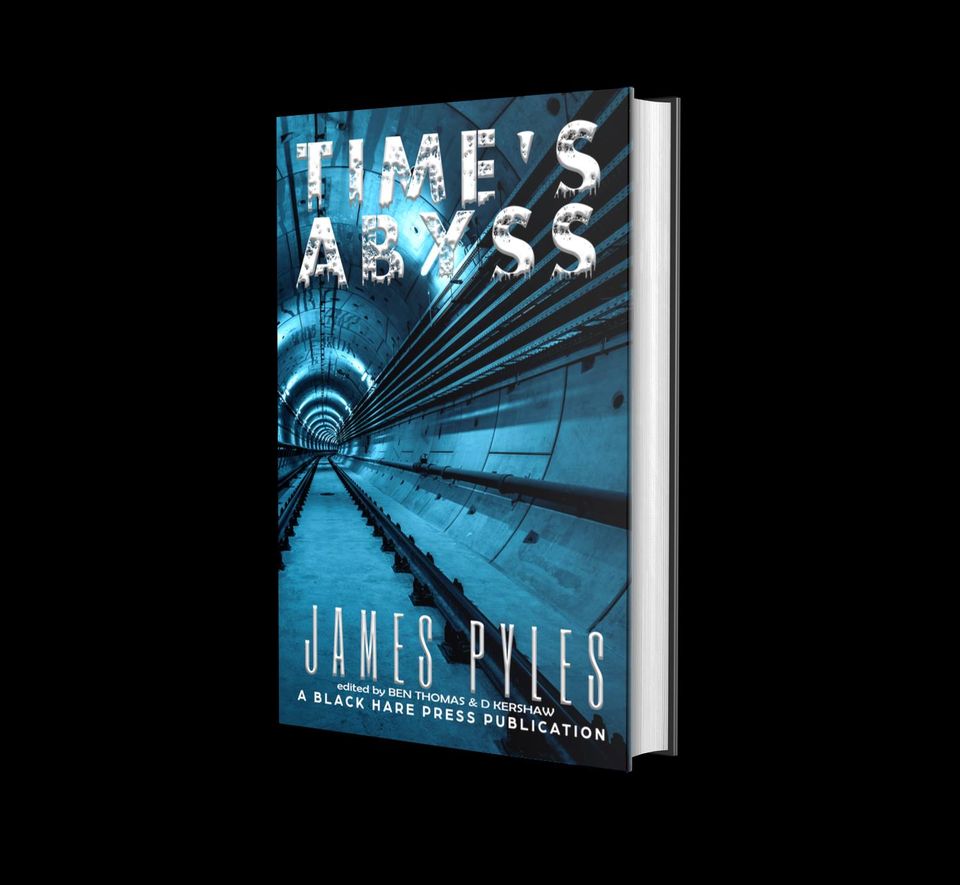 Promotional image of the cover for “Time’s Abyss.”

My premiere science fiction novella Time’s Abyss now has four 5-star ratings on Goodreads. You can also find it in digital or hardcopy form at Amazon and any of your favorite online booksellers.

So far the Goodreads and Amazon ratings are excellent. Don’t miss out on this terrific SciFi, time travel, alternate universe adventure.

Just to give you a taste, here’s another brief excerpt:

The tunnel had become metal again, but coarse and crude, definitely not on the network under the effect. “This is…iron, by the looks of it.” Marcus ran his hand across the abrasive surface, then examined his moist fingertips. “Rust?”

“This is not the Ka’ala complex, Captain Clark. This is part of a drainage system from a Soviet complex in northern Siberia. I used to work here.”

“No wonder I’m freezing my ass off. This is worse than the Titanic.” Lynn had her arms folded over her chest. Her one-piece jumpsuit was perfectly comfortable when working on board the Nereid, and too toasty for tropical Piller. Now it seemed gossamer thin.

“It will be warmer once we get into the complex above, but there is more to contend with before then.” Vasnev was looking back at Lynn and lost track of Clark for a few seconds.

The Russian turned to the submarine commander and looked down the barrel of his Tavor TAR-21. “I can understand your concern, Captain, but I can explain.”

“Well, I can’t and—” Dai bit her lip to keep from screaming. Looking past Romanovich and then down at Clark’s feet, she saw the corpse of Vasnev Romanovich.

“Brother, I’ve never doubted you before, but then again, maybe you aren’t you.” Spencer pushed the barrel of his Glock into the middle of the cosmonaut’s back. “Nice and easy. Slide the rifle off your shoulder.”

Leon took hold of the AK-103 and returned it to a stunned Travis. “Okay, hands up.” When Vasnev had raised his arms, Leon pulled the handgun out of his holster. Finally, the merc liberated the alien weapon from the front of the Russian’s waistband, keeping it for himself.

“I trust all of this makes you feel safer.”

“You killed him. You murdered the real Vasnev.”

“Shut up, Carson. Everyone get back.” Spencer moved to the right so he wouldn’t be in Clark’s line of fire. He could hear four pairs of boots scuffling along the pipeline, retreating into the dark.

“I am prepared to offer my explanation anytime you wish, Leon.”

What happens next? Pick up a copy today and find out.