Stop! If you haven’t done so already, read The Quest to Save Landon first.

Landon’s soul shot straight up from the pits of Hell as fast as he could go, but Hell was a lot more confusing than he realized. There were all kinds of tunnels and passageways all over the place. Which one led him out of Hell, and even if he could find it, how was he going to get back to the Moose realm and his dying body?

He heard yelling, and screaming, and a bunch of voices making vile threats against him. Looking back, there were hundreds of winged demons pursuing him, and they were catching up.

END_OF_DOCUMENT_TOKEN_TO_BE_REPLACED

Alfred the Rainbow Rabbit sitting on the back of Merlyn the Dragon shot up into the air over Ana’s backyard like a bullet.

The nine-year-old girl’s Mom witnessing the astonishing sight nearly fainted, and the Buddy the Ambrosial Dragon followed the pair a scant second later. As Ana ran outside after all of them, a sudden whirlwind picked her up, and she flew into the air after all three of the supernatural beings.

Her Mom screamed, terrifying Ana’s little brother as he stared at these amazing events from the family’s back patio.

“Buddy! What are you doing? What’s going on?”

The dragon didn’t seem to hear the girl as all four of them continued to soar skyward toward a strange, black cloud.

END_OF_DOCUMENT_TOKEN_TO_BE_REPLACED 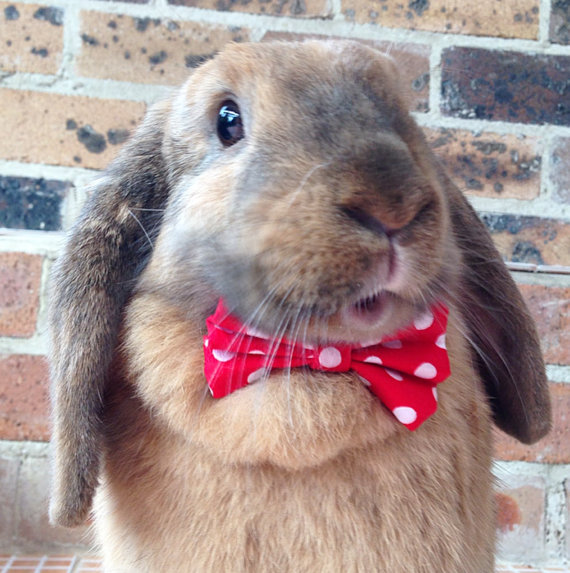 Ana kept chasing after the small dragon and then realized she was no longer in her room. In fact, she wasn’t sure she was even on Earth. It was early morning wherever she was, and the nine-year-old girl was freezing.

She looked around and she seemed to be in the mountains. There were trees, bushes, and other plant life. There was a trail beneath her feet, but it didn’t seem to lead back or lead to home or even any buildings. She was totally in the wilderness and the dragon she’d been running after was nowhere in sight.

Ana was still in her pajamas and barefoot which didn’t help matters any. Then, when she heard the voice behind her, she nearly jumped ten feet in the air.

END_OF_DOCUMENT_TOKEN_TO_BE_REPLACED

Down, down, down Landon fell into the seemingly bottomless pit. The light from above got smaller and further way until he was totally in the dark and still falling, screaming at the top of his lungs. And then he hit something but it wasn’t the ground.

The lights suddenly came up and he was bouncing up and down on a…really big net. The nine-year-old boy looked around as his bouncing started to settle down and he saw he was inside a big circus tent. He’d never actually been to a circus before, but he’d seen them in TV shows and movies. He was in a net used by trapeze artists so if they fell during their act, they wouldn’t get hurt.

Finally the bouncing stopped. It felt like he was on the world’s biggest trampoline, and he used the one his cousins had whenever he went over to their house.

Sitting up, he looked around more. Inside the “big top,” it was completely empty of people. Lots and lots of seats, cages for the lion taming act, another ring for the clowns, but no one was around.

Straight up, there was a big, big hole in the top of the tent which was where he’d come from. How was he going to get out of this?

END_OF_DOCUMENT_TOKEN_TO_BE_REPLACED

Example of a hedge maze found at nerdist.com.

Landon kept walking down, down, down the endless, onyx spiral staircase when he stubbed his toe or should have. It didn’t hurt.

“Hey. Wait a minute. I know what’s going on. I’m dreaming. I’m having a lucid dream. Cool. That means I can control everything.” Great. I think I’ll fly the rest of the way to the bottom.”

Landon took a leap expecting to fly like Superman, but he only went up so far before going back down. “Hey!” He was starting to fall and got scared. What if hitting the stairs hurt this time? Then he began to slow and soon he was taking big, bouncy steps.

“At least this is faster than walking but I really wanted to fly.” Now that he realized he wasn’t going to get hurt, he stopped being scared, but it was too late.

Malevolent eyes were watching from the darkness, their owners chuckling to themselves.

“We have another one, brother.”

“Indeed sister. He has entered the first layer.”

Yes he has and he doesn’t know it. Now we will take full control of the dream.”

END_OF_DOCUMENT_TOKEN_TO_BE_REPLACED

Produced by DollyAndPaws and found at Etsy

The dragon was about the size of a small St Bernard and covered with golden scales. He had two hind legs but his forearms ended with what could have been hands complete with opposable thumbs. His eyes where the most human thing about him, a crystal clear blue, like water in a mountain stream. When he opened his mouth, the first thing you saw were hundreds of needle-thin, razor-sharp teeth, and then a long, tapered tongue the color of raspberries.

His long, thin wings fluttered but not as fast as a hummingbird’s and his tail wagged back and forth with annoyance like a common house cat, and yet he was far more fierce than even the greatest feline predator in any jungle.

The source of his annoyance, actually it was more like trepidation, was the vision that had manifested before him. It was late on a Sunday morning. Landon had been helping Buddy the Ambrosial Dragon test the boy’s young friend Ana for potentially possessing a latent magical ability. To that end, they were using a story book that allowed the user to bring into reality any tale the book contained. The story they’d chosen was that of a cloud city.

END_OF_DOCUMENT_TOKEN_TO_BE_REPLACED

She was lost in the fog wondering how she had gotten there. The last thing Ana remembered was playing during recess at school. No, that wasn’t right. School had ended and she walked home. Was it foggy when school let out? No, it only gets foggy in the morning and only on some mornings.

“It’s not fog. It can’t be. I should be able to see houses. I’m not on the sidewalk. The ground is made out of fog. But if that were true, I’d fall through it, yet it feels solid.”

Ana woke up safe and warm in bed. Why did she call out to Landon? She liked her friend and she recently found out some very special and secret things about him.

END_OF_DOCUMENT_TOKEN_TO_BE_REPLACED 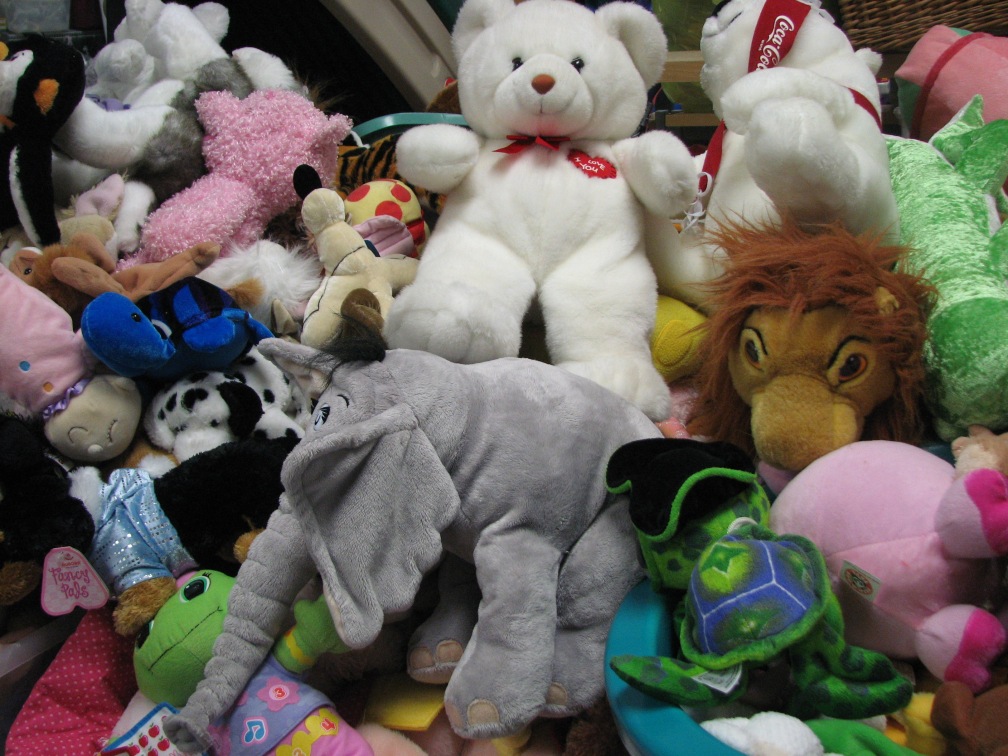 In our last adventure, Landon magically discovered what happened to the living stuffed animals but in the process, both he and his friend Ana were transformed into stuffed toys and trapped in the stuffed animal universe.

“Landon! What happened to me? What did you do?”

“I’m sorry, Ana. I was trying to bring the stuffed animals back to life but the spell went wrong somehow.”

“But…but how can I be…stuffed?” Ana looked at her hands in astonishment not recognizing them as her own.

Meanwhile, the living stuffed animals were so happy to see Landon, even as a stuffed boy, that they all crowded around him giving him a big group hug.

“Guys, I love you too, but we have a big problem.”

END_OF_DOCUMENT_TOKEN_TO_BE_REPLACED 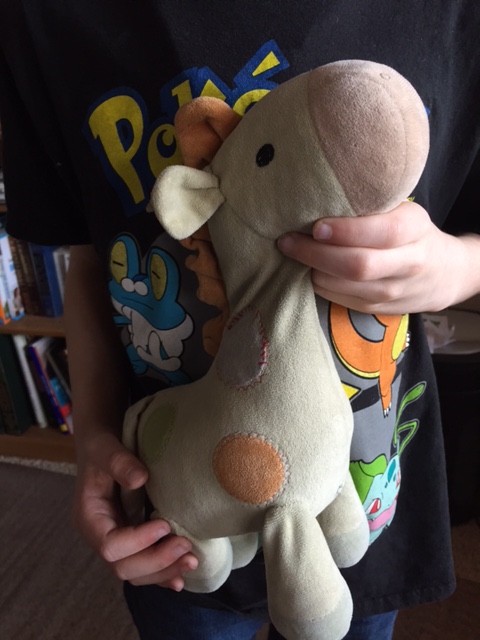 “No magic. Anna have no magic. Not taking new apprentices. Just you.”

Keeping his promise, Landon told his best (human) friend Anna all about Buddy the Ambrosial Dragon and their adventures together, which started almost a year and a half ago. It had taken a long time to relate everything to Anna. Landon hadn’t realized just how much he and the dragon had gone through together.

“But couldn’t we teach her magic?”

After Landon told Anna everything, she thought it would be really cool if she learned some magic, too. Landon said he’d ask Buddy if he would take her on as his second apprentice. Today in the boy’s bedroom, the dragon gave him the answer.

Only the events that had occurred in Shadow of the Dark Wizard made it absolutely necessary for Buddy to train Landon in the mystic arts, and that was because the child had been accidentally infused with magical energy. If Buddy didn’t teach him how to control the magic inside, the magic would control Landon.

But such wasn’t the case with Anna. Like most other children, she was a perfectly ordinary human and had no access to occult energy, especially in this universe where real magic was all but unknown.

END_OF_DOCUMENT_TOKEN_TO_BE_REPLACED

Landon was practicing using his invisibility cloak. Buddy had cast more spells on it to keep the cloak from pulling him too far into the invisible universe the way it once had his sister.

She was a lot older now but still a baby, especially when she threw her big tantrums. Buddy was busy talking with Grandpa in his study and his sister Dani was playing with her toys in the living room. Here was his chance to play a trick on her. He looked at himself in the bathroom mirror to make sure he couldn’t see himself, then he snuck out into the hallway.

The living stuffed animals were playing a rousing game of “Uno” in his bedroom so they wouldn’t be in the way.

He tiptoed into the living room. He could see Buddy and Grandpa in the study through the glass doors. They were still talking. Grandpa was showing the little Ambrosial Dragon something on his laptop. Dani had her back to him playing with her duplos. I wouldn’t matter if she were looking right at him though, since she’d see right through him.