I’ve been following Iain Kelly‘s writing online for a few years now. He and I (along with a bunch of other folks) met while participating in a series of internet writing challenges such as this one. That’s where I found out that he’s the undisputed master of murder mysteries, only in his case, he actually created a series of novels in that genre to prove it.

Finally (given my meager budget), I was able to download a free promotional copy of A Justified State, the first novel in his “The State Trilogy”.

The story is set slightly in the future in the UK, known as the nameless “state.” The nation is in a conflict with unrevealed adversaries in “The First Strike War,” which is the backdrop for everything that follows.

Police Detective Danny Samson, who lost his twin newborns soon after birth, and his wife a year later by suicide, is mysteriously assigned to investigate the murder of a local politician, who was the victim of a professional assassination.

END_OF_DOCUMENT_TOKEN_TO_BE_REPLACED 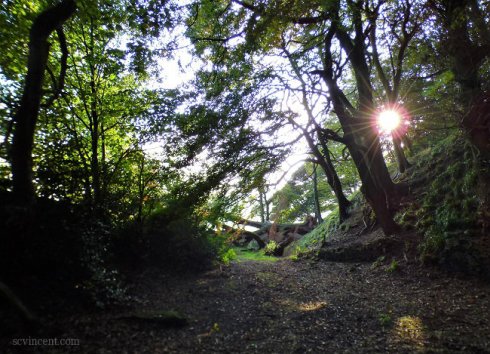 The cities were lost to the Grendels and most of the human race was dead. The early news reports Neville Smith heard said that the disease had been introduced to Europe and the Americas by groups of refugees from Somalia, but the conspiracy theory websites released documents stating that something got away from the CDC and it was their own staff that spread the infection causing a global pandemic.

The last report before all telecommunications and the electric grid went down was that up to 94% of the human race had died. Only one percent of humanity was immune. That left the Grendels, well, that’s what Neville called them. Human beings who were mutated by the virus becoming…what? In the poem “Beowulf,” Grendel was cursed as a descendant of Cain from the Book of Genesis in the Bible. The creature was said to devour live warriors and in the real world, the mutants consumed the dead.

But that was over three months ago.