There were tears in seventeen-year-old Latoya Kelly’s eyes as she hiked toward the small waterfall and realized this would be her last Hrtedyp. It was always held on the first full day after the Fall Equinox, precisely at 4:33 p.m. She had only been five when she had her first Hrtedyp, and that had been by accident. She had been camping with her parents and grandparents, and the tiny child wandered off. She had been lost, and hungry, and scared, but by the time Daddy found her, she was full of Bueno Nacho, Everlasting Gobstopper, and was laughing and singing in a language nobody knew anything about. She tried to tell Mommy and Daddy about the Hrtedyp, but they thought she’d fallen asleep and had a dream.

Every year, they’d camp in the same place to welcome autumn, but she hadn’t been able to sneak away again to attend the Hrtedyp until she was eight. Then, she always made an excuse, year after year, to go on a hike alone, always from just before four until right after sunset.

END_OF_DOCUMENT_TOKEN_TO_BE_REPLACED 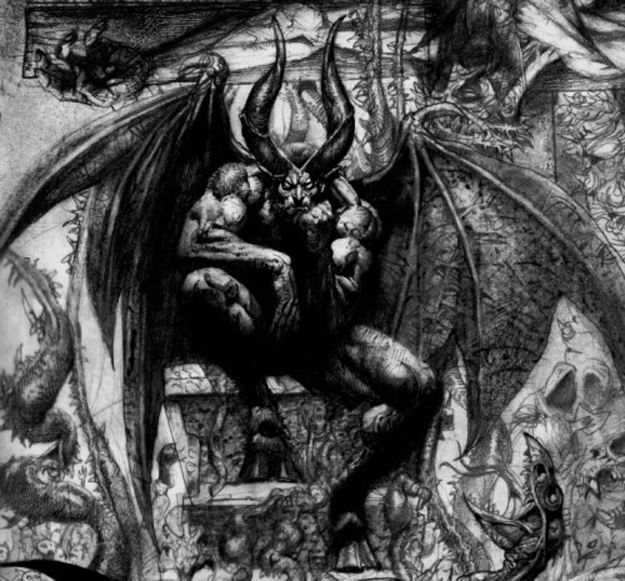 Beelzebub – Found at weebly, pinterest, and multiple other sources – no available image credit

Lethargy had come upon five-year-old Zooey so suddenly that she was hardly able to stand, and the mouse Sapplehenning was unconscious and barely breathing. Mandy was holding her sister close to her, as the elves of Direhaven finished constructing the enormous flatbed cart with which they would transport the disabled dragon Shay.

“I must say Jake, that your dreams are very creative, and I mean that in more than one manner.” The Vizier Wynjeon, consort to Janellize, the Queen of their people clapped a hand on the boy’s shoulder.

“When I found out that Shay couldn’t walk, I thought the wagon would just, well, happen. When it didn’t, I drew a picture in the dirt of what I’d dreamed.”

A hundred sturdy soldiers brave and hardy struggled mightily to assist the great golden dragon onto the hastily manufactured conveyance, as Mandy murmured into Zooey’s ear. “I should never have permitted you to stay, and I’m not waiting anymore. We’re leaving with some of the soldiers and going to Vovin right now.”

END_OF_DOCUMENT_TOKEN_TO_BE_REPLACED

It was late enough that Dani found herself alone as she crept through the forbidden corridors of Direhaven. She was grateful for the tour provided by Queen Janellize and her court earlier that day, because it provided her with the clues she needed to discover where and what in the castle she wasn’t supposed to see.

During their “walkabout” through the halls and levels of the Queen’s Keep, the dragonrider had mentally mapped not only where they had been taken, but what had been avoided. At one point, she’d spied one of the four Mages who had overseen her exorcism-by-combat, freeing her (supposedly) of the demon Sakhr, slip through a doorway into an area they were not shown. Dani had passed through that door minutes ago, and was stalking its byways, seeking a lair of magicians.

Footsteps. They were almost as soft as her own, and they were coming from behind. Dani quickly slipped into an alcove on the left hoping the shadows would conceal her.

END_OF_DOCUMENT_TOKEN_TO_BE_REPLACED

Dani was with the Davidson children, all of them dressed regally if somewhat uncomfortably, sitting under a grand silken tent, served drink and treats by elven servants, while the Queen of Direhaven, Janellize, sat in front of them next to the golden dragon Shay, the two of them marvelously displayed against the backdrop of a magnificent waterfall.

It was mid-afternoon, and Janellize had just begun her tale of the shared history of her people and the dragons, one fraught with conflict and distrust. But who was at fault and why now was the enmity set aside?

“For time out of mind, we whom you call Elves and the race of dragons have visited your world, but neither are what you imagine us to be from your legends.

“Only in certain lands on your world were we called Elves. In other languages, we have been referred to as fairies, gnomes, and dwarves. In centuries past, an ancient Christian prayer book used the term elf as synonymous with Satan, though other nations of that time, considered some of our people light while others dark in nature. We have also been considered rbhus, hobgoblins, nymphs, demons, and angels.

“Our people have been all of these and none of them, for in truth, we were never truly realized by humans. In fact, just as your world contains differing cultures and individuals with varying characters, so too do we, and thereby hangs our tale.

END_OF_DOCUMENT_TOKEN_TO_BE_REPLACED 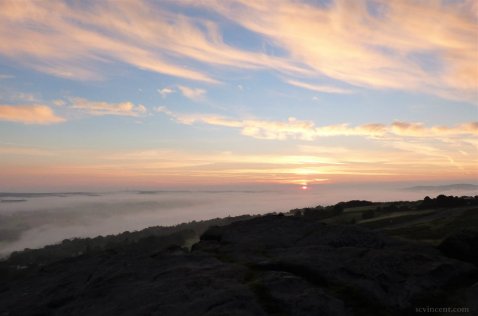 “You can’t escape us. This is only a temporary victory. Do you think we’ll really let you get to safety alive?”

Dani was standing on a cliff overlooking a dense wood with the mist covered valley beyond it. It was dawn and the pale blue sky was streaked with clouds, painted in long, ragged strokes.

She was dressed in blue and green, the ceremonial armor of Janellize’s people and silvery chain mail. Dani’s dark blond hair was bound in the back but she wore no helmet. Her sword was sheathed at her side.

Her adversary was also her counterpart, a twin of a sort, but a negative one. Her colors were red and black, which gave her chain mail a scarlet tinge in the morning, mimicking the sunrise. Her hair was also pulled back and tied, but was much darker, a deep brown approaching black.

Both of their eyes were sapphire blue.

“I’ve already escaped you. You are frozen in stone awaiting your final destination at the bottom of some water-filled abyss. I defeated you. I’m free.”

END_OF_DOCUMENT_TOKEN_TO_BE_REPLACED

Janellize’s gaze was fixed upon the dragonrider standing before her as were the other four elves, if elves they really were. Mandy kept looking in disbelief back and forth between the Mistress of Direhaven and her new found friend. What secret did the teenage girl possess that was a threat to Direhaven, to the dragons, and to her family?

“I don’t know what you mean, and how do you know my name is Danijel?” She was worried. Janellize was no one to trifle with nor did she seem the sort to make a mistake, at least one of great magnitude. She searched her mind, her memories, her feelings, and all she found was who she was and always had been since she was a child of three.

The dark-haired noble known as Wynjeon stood. “I think you’ll find that there is very little we do not know about those who have entered our city.” His eyes were a deep blue, like a frozen lake, his expression impassive like those of his Queen and the other nobles, and Dani knew that he was her chief accuser.

“What must I do to prove you wrong?”

END_OF_DOCUMENT_TOKEN_TO_BE_REPLACED 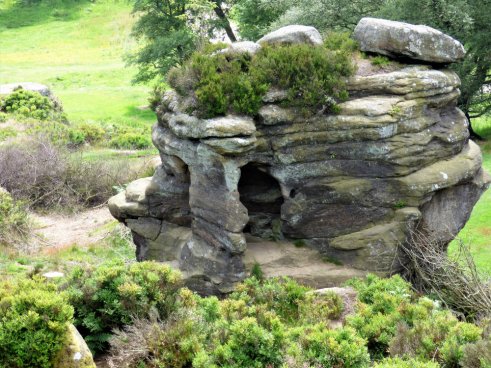 Shay, the spectacular golden dragon, alighted in a wooded valley an hour after dawn. The dragonrider Dani along with the five Davidson children, were clinging to her back still shivering from their hasty flight in the frigid heights above the clouds. After their escape from the Hall of the Mountain Kings, pursued by the deadly spectres of the past, the dragon arrived just in time as the Great Gray God, mortal foe of the Kings, attacked. Vast destructive forces both of nature and magic were released and as the High Citadel crumbled into tons of rubble at the God’s feet, Shay soared far above the carnage in a desperate effort to save her children.

At last they were on the ground again at the promised place of safety, but where were they?

“I know this is difficult my children, but you can rest soon. Dani, help them onto the ground.”

The teenage girl slipped off the dragon’s neck with practiced ease, ignoring the chill in her bones and her profound fatigue, and reached up for Zooey. The kindergartner slid into the older girl’s arms and let herself be lowered to the ground. Mandy, the oldest of the Davidson’s, managed to get down on her own and Zooey ran over and clutched onto one of her legs, resting her head on her side.

Nine-year-old Taylor was next and while Dani was helping his twin sister Paris down, the boy grabbed his seven-year-old brother Jake and helped him off of the dragon.

“Where are we, Shay?” The Davidsons clustered around Dani.

END_OF_DOCUMENT_TOKEN_TO_BE_REPLACED 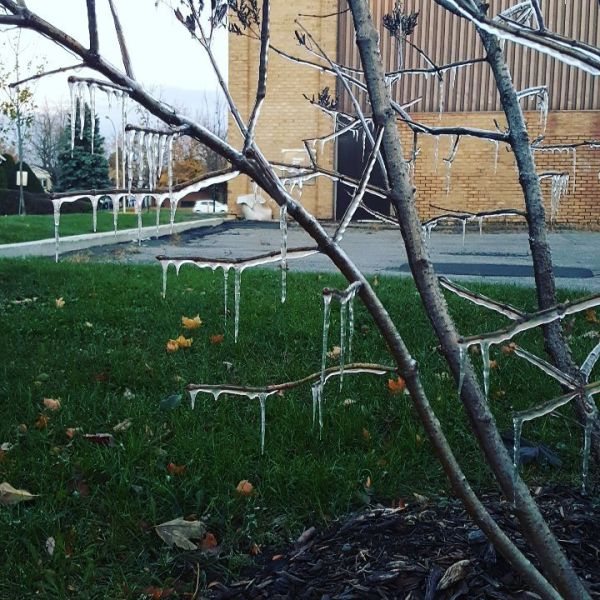 “I hate Christmas, Stefani. I’m not helping you put lights on this icy tree.”

“You’re such a Scrooge, Austin. Christmas lights bring miracles. Don’t you believe that?”

“I don’t believe anything. Let’s go inside, I’m cold.”

“Brendan will help me.” Flirting always worked with Austin.

“Oh, alright.” The two university students trudged back to the dorm.

“Lights again, Felman?” Arvid complained. “Don’t they know the more they change the world with technology, the greater the curse upon them?” She and her fellow elf were sitting invisibly on the tree’s branches.

I wrote this for the Rochelle Wisoff-Fields flash fiction writing challenge. The idea is to use the image above as the inspiration to craft a small story no more than 100 words long. My word count is 97.

I actually re-wrote my story which originally was more along the lines of environmentalism and global warming, but everyone writes about that, so I was pretty disgusted with my lack of imagination. I changed it, but alas, the theme is largely the same. The more we humans try to “beautify” the world around us, the more we miss out on the natural beauty it already possesses. Forget the lights. Enjoy the ice.

“Do you see, Sky? I wasn’t kidding. They’re really there.”

It had taken nine-year-old Gray almost half an hour to convince his twelve-year-old sister to follow him into the woods behind their campground. He knew she wouldn’t believe him unless she saw them for herself. Mom and Dad were busy setting up for the concert so it was easy to get away.

Sky’s face was right next to the hole in the tree, only the tree didn’t have a hole on the other side.

“I don’t believe it,” she whispered to herself.

“Believe it, Sky. They’re elves or fairies or something.”

“We have to be looking into some other world, Gray. But how is this possible?”

Through the green lens set in the tree’s natural depression she could see what Gray had already witnessed, tiny people with wings dancing and fluttering together as if in celebration.

Suddenly, they both heard a buzzing getting louder and a miniature face of gold with an impish smile appeared. “Excuse me, but this is a private party. Go back to your own summer solstice celebration.”

With that, a door slammed and the hole to the other world was denied the children.

Written for the Sunday Photo Fiction – June 25th 2017 photo writing challenge. The idea is to use the image above as an inspiration for a piece of flash fiction no more than 200 words long. My word count is 197.

When I first saw the image, the green looked like glass instead of the leaves of trees, so I pretended it was a portal to another world (my favorite theme lately). Gray and Sky are part of a group of families who travel to a remote wooded location every year and have a concert to celebrate the coming of summer.

It seems the little people on the other side of the hole do something similar.