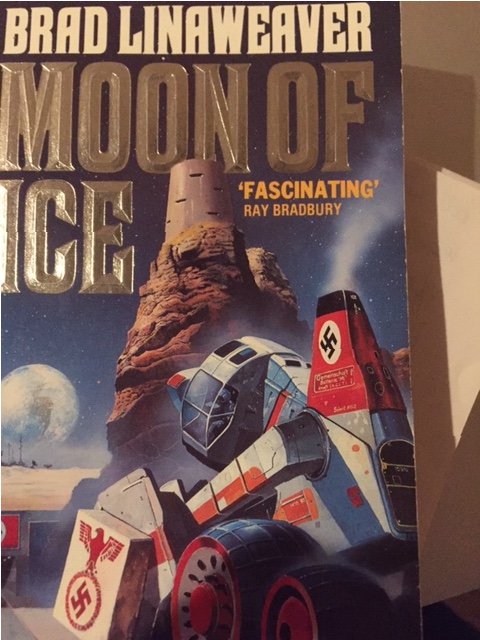 When I wrote about the recent passing of SF author Brad Linaweaver, and then reviewed his original novella Moon of Ice, a few of the people who knew Brad contacted me and shared a little of their experiences with him.

I was also gifted with a copy of the full length novel which I finished recently.

In a way, I’m not sure it was an advantage to have read the novella first. I was able to pick out seeming inconsistencies in the older material. A large part of this had to do with the novella being told from the point of view of Hitler’s propaganda minister Joseph Goebbels, while the novel had several primary voices, but most of all Hilda, Goebbels’ daughter.

In the novel, Goebbels’ long suppressed journals are on the verge of being released to the public by Hilda thirty years after the end of the second world war, and not long after her father’s death. In this alternate universe, the Nazis developed the atomic bomb and subdued Europe and England, but were prevented from conquering the U.S.