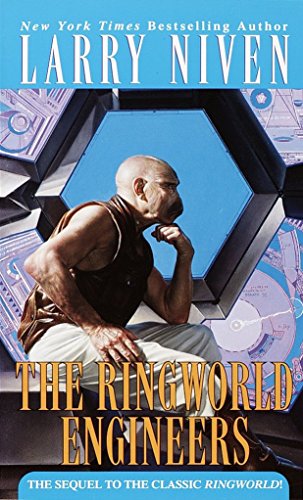 Cover art for “The Ringworld Engineers”

I decided to read The Ringworld Engineers (1979) mainly because I’d recently re-read my copy of Ringworld (1970) not long ago for the “jillionth” time. Well, maybe not that frequently, since I didn’t recall too much about the novel (I bought my paperback copy in 1976 and still have it. See the photo below).

It occurred to me after finishing Ringworld that I couldn’t recall reading any of the sequels. When I looked Engineers up, I didn’t recognize the plot. So I put in an order from my local public library and in due course, it became available for pick up.

Sure enough, the book was a stranger to me.

In Ringworld, Louis Wu is recruited by a Pierson’s Puppeteer named Nessus along with a twenty-year-old girl named Teela Brown and a Kzin ambassador to Earth called Speaker-to-Animals. They were to explore a then undisclosed space object in exchange for a ship that can travel far faster than anything humans or Kzin had.

END_OF_DOCUMENT_TOKEN_TO_BE_REPLACED 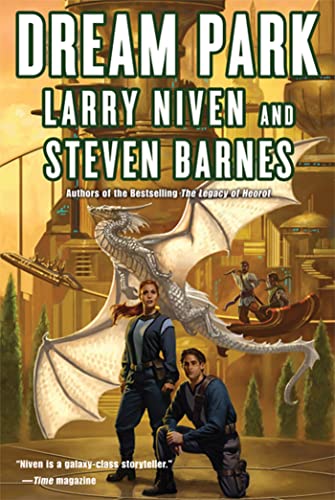 Cover art for “Dream Park” by Niven and Barnes

I had originally read Dream Park by Larry Niven and Steven Barnes in the early 1980s, not long after it was first published.

I decided to re-read it because I was looking for material from which to construct my one-on-one role playing games I play with my thirteen-year-old grandson.

Long story short, the novel was too involved for me to mine anything useful for what I had in mind. But having only a vague recollection of the book, the re-read was thoroughly enjoyable.

Imagine a future where role playing games have evolved with such sophistication, they can be played out live in a huge, high-tech amusement park. Games are big business because Dream Park, which puts a bunch of money into them to begin with, recoups its dough with movie, book, and other game deals based on the live-action game. The players must be in relatively good shape since, although lives are never lost and most of the danger is simulated, they must still withstand the stresses of “camping out” in a (simulated) wild environment for several days amounting to hard labor. There are also personal and professional reputations on the line.