No one thought the Fields of Shantara would be the decisive battle against the tyranny of the Verbeni. For a dozen generations, the invaders of the colony world of Grazoria had ruled the human race with cruel efficiency, and although the resistance fighters were outgunned and out manned, they were courageous. Their harassment of the enemy gave the populace hope, until their exploits became legends for their children and their grandchildren.

END_OF_DOCUMENT_TOKEN_TO_BE_REPLACED 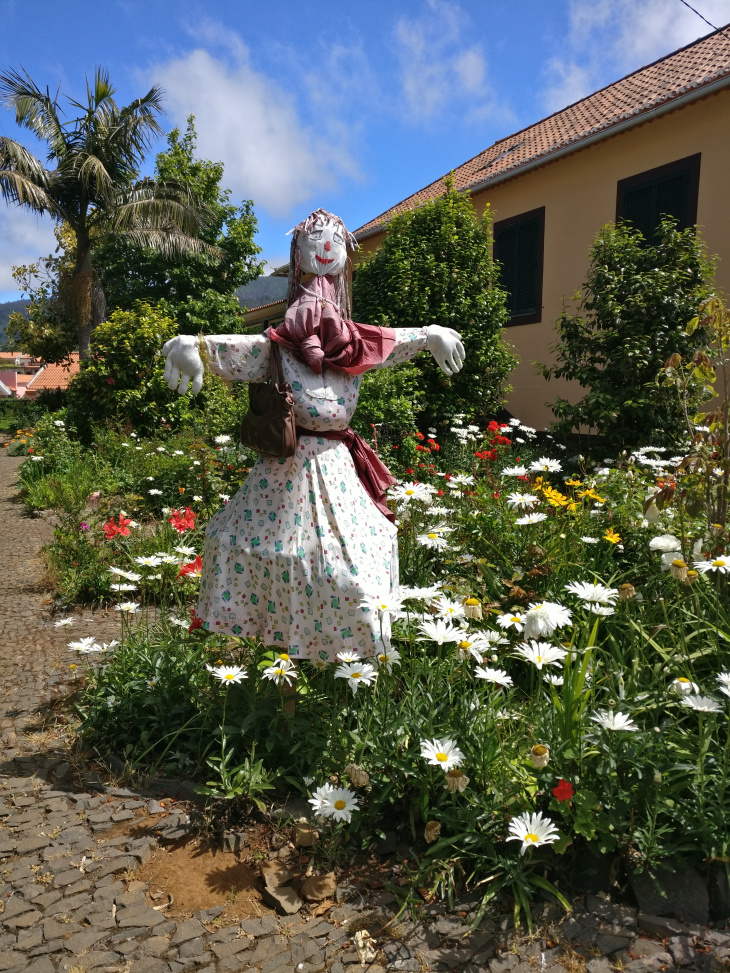 “You know, I don’t think the flower bed is in danger from crows, Lindsey.” Kurt stood with his six-year-old daughter admiring their handiwork.

“I know that, Daddy. I just thought the flowers could use some company when we’re not around.” She stood, hands on hips, pride written all over her face.

“Well, you sure made good use of those old clothes we were going to donate to the thrift store.”

When she didn’t answer, he looked down and saw tears in her eyes. Kneeling, he put his arms around her and Lindsey held onto him tightly. “I know you miss her.”

“Why did Grandma have to die?”

“That’s why you wanted to make this, didn’t you? So we wouldn’t give away her clothes.”

“It’s okay. I miss her, too. We’ll keep anything of hers you want. I promise.”

I wrote this for the August 19th edition of Sunday Photo Fiction. The idea is to use the image above as a prompt for crafting a piece of flash fiction no more than 200 words long. My word count is 141. I know. I usually push the word count to the limit, but I didn’t need so many this time around.

Found at the Vietnam War page at Archives.org

His smile was like some kind of magic, but that’s not why she chose to talk with him.

Natalie Sanders Pena sat next to the shy young Marine near Gate B14 at Denver International Airport. He was heading back to Pendleton after his leave, and was due to be deployed to Vietnam within the next two weeks. The airport PA system was issuing a seemingly endless stream of advisories, but someone nearby had a transistor radio playing the Beatles’s “Penny Lane.” She hadn’t heard that song in a long time, but for her newfound friend, it was practically brand new.

“You miss your wife and little girl already, don’t you?” She looked down at the photo of the young woman and four-year-old girl he was holding near his lap.

“Yeah, I guess I do.” His Kentucky accent was tremendously apparent, and it was one of the few things she remembered clearly about him from her childhood.

“That’s perfectly normal. I’m sure they miss you, too.”

END_OF_DOCUMENT_TOKEN_TO_BE_REPLACED 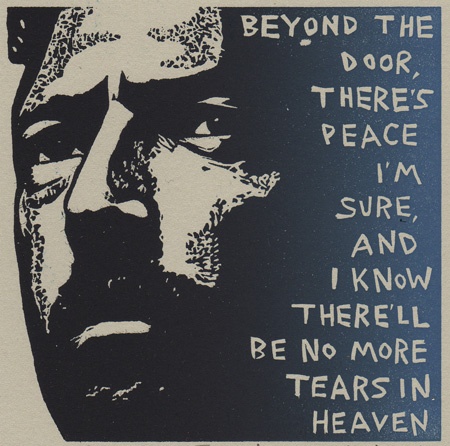 “I don’t care what you do with it, I just want it gone,” Alex said, pointing at the dollhouse.

Beth was on her knees, her arms around Nicole’s favorite plaything. “Oh please, Alex. We gave it to her for her seventh birthday. She loved it more than anything else. Don’t make me throw it away.”

He stood defiantly at the threshold to Nicole’s bedroom. “Then give it away, a children’s hospital, the Goodwill, whatever, but I need it gone. I’m going to work now. When I get home, the dollhouse better not be here.” Then he spun and almost ran down the hall. He seemed so furious but Beth knew he was terrified. She should have been too, but she missed Nicole so much, she’d take her back anyway she came, even as a ghost.

END_OF_DOCUMENT_TOKEN_TO_BE_REPLACED 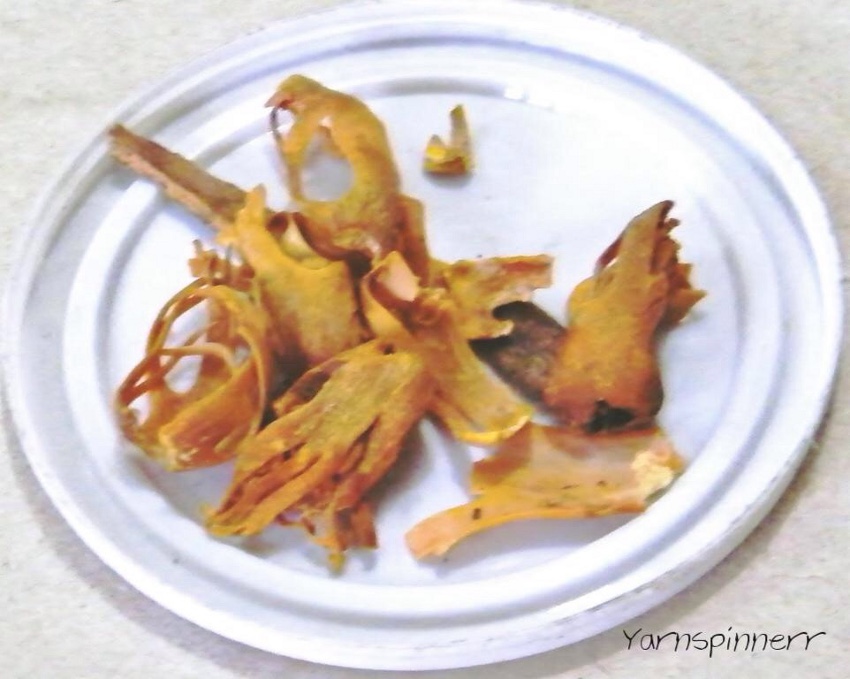 “What are you eating, Grandpa.”

Elizabeth was twelve and still enjoyed visiting her Grandpa for the holidays. Mom and Dad would be up in a few days but this time was just for the two of them. Lately though Grandpa had been acting strange.

“I can make you a sandwich for lunch if you’d like.”

“No, sweetie. This is the plate set before me and this is what I’ll eat.”

“But what is it, Grandpa? It doesn’t even look like food.”

“It’s what’s left of your dreams after the magic’s gone. Dried up like autumn leaves. Good for nothing but throwing away.”

“Oh, Grandpa.” She slipped up behind the old man and hugged him as he sat at the table. You still miss Grandma, don’t you?”

The old man reached up and gently put his hand on the girl’s shoulder.

“She was my dream. Now God’s taken the magic away.”

Elizabeth sat in the next chair and put her arms around him. “I miss her too, Grandpa. I promise. I’ll always love you.”

I write this for the FFfAW Challenge-Week of December 12, 2017 challenge. The idea is to use the image above as the inspiration for crafting a piece of flash fiction between 100 and 175 words long. My word count is 175.

I have no idea what’s on that plate and it really made it tough to think of anything to write. I thought about aliens, the supernatural, some sort of tie in to Christmas or Hanukkah, but nothing really clicked. What I wrote above is the best I could come up with. Dining on dead and dried up dreams after the magic has gone. The family members one generation older than me are getting sicker and some have died this year. Looking back, I realize I’ve been looking death in the face. The only thing that gives me hope is the children who will come after us.

I’m writing this as a companion piece to Jury Finds Garcia Zarate Not Guilty In Steinle Murder Trial: My Initial Reaction which I wrote and published rather impulsively yesterday.

Okay, I’ve done some reading since then. The New York Times makes a case for about 60 percent of the unauthorized population has been here for at least a decade and that the vast majority of the estimated 11 million undocumented immigrants currently in the U.S. (89.9%) having never been convicted of a crime.

Of course there are organizations such as the Federation for American Immigration Reform that say merely crossing the border into our nation without permission is indeed a crime, so by definition, 100% of undocumented immigrants are criminals. However, CNN states that under federal law, a person entering the country without permission for the first time is guilty of only a misdemeanor that is punishable by fines and no more than six months in prison.

It gets dicey if you are found to have entered our country illegally on multiple occasions, particularly after having been deported, but the waters get even more muddy since approximately 45% of undocumented immigrants actually entered the U.S. legally and then stayed after their visas expired.

END_OF_DOCUMENT_TOKEN_TO_BE_REPLACED

“Good morning, lad.” Dennis peeked around the corner of the door so as not to startle the boy. He saw young Ian had been working on a sketch pad, probably the one that Winston mentioned. “Mind if I visit you for a bit?”

The eleven-year-old eyed him suspiciously. His sandy blond hair looked disheveled but his blue eyes were red but otherwise clear. He’d been crying. He was sitting up in the hospital bed, covered to the waist with blankets and dressed one of those awful patient gowns that opened in the back.

The older Ian stepped into the room and let the door close behind him. “No. I used to know your Mum. Came to see how you were doing.”

The child seemed to brighten for a second that it was a friend and not a doctor or the police come to question him, but then he closed up again. “Don’t remember you. Who are you?”

END_OF_DOCUMENT_TOKEN_TO_BE_REPLACED 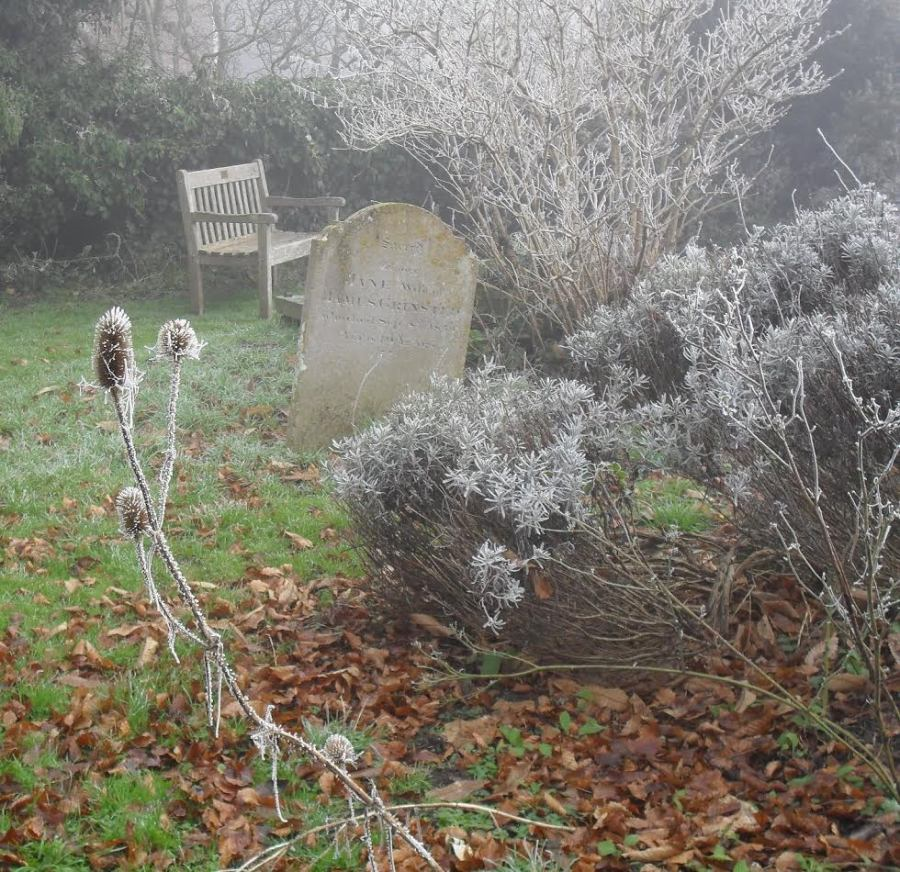 Her grave was one of the few to survive the uprising. Earth defeated the invaders in the Revolution of ’48.

I can barely make out ‘Anne’ on the gravestone. She was thirty when she died, one of the millions killed in the uprising. Only because my project was so secret did she think I died during the first alien attack.

It’s been decades since Earth became free, and the new government eventually found records of my experiment and sent rescuers. The equipment was still working when they woke me from decades of cryogenic sleep.

I wish I’d died with my daughter.

Written for Rochelle Wisoff-Fields’ Friday Fictioneers photo writing challenge for April 28, 2017. The idea is to write a piece of flash fiction based on the photo above that is no more than 100 words long. My word count is 100.

The so-called Country Hotel was located in the center of town. Dreary, gray, depressing place, but it’s where Janice said to meet. He’d been in worse.

Dean checked in and took his luggage to his room on the fifth floor. Janice made the reservation, so she’d know where to find him.

He didn’t unpack, just took off his overcoat, laid it across the bed, and nervously looked at his wristwatch. Almost time. Would they remember him after five years?

He hesitated for a second, then opened it.

“I appreciate this, Janice. I know you don’t have to do this.”

“Dad, they love their Grandpa and want to spend time with him.”

Thank God Janice was so forgiving and the kids were so loving.

Dean kneeled down and excitedly announced. “Guess what? Tomorrow, we’ll go on an airplane to where Grandpa lives in Florida. We’re going to have a terrific time over Spring break.”

Dean’s mistake cost him five years in prison away from his family. Now he was going to make up for lost time.

I wrote this in response to this week’s Sunday Photo Fiction. The challenge is to use the photo prompt (see above) to write a complete story of no more than 200 words. My wee missive comes in at exactly 200.

To read more stories based on this week’s prompt, visit InLinkz.com.

Savannah hated to see the old tree taken down, but the thunderstorm three nights ago had broken its trunk, and it was a danger to her home and family.

She’d lived in the same house across from the park since she was a little girl. She had fond memories of climbing in that tree. She remembered the summer when her Dad built her and her brothers a tree fort.

She was just starting to encourage her own three little ones to explore the adventure of the tree when the storm took it away.

The tree was also a symbol of everything else Savannah had lost. Her husband Jeremy walked out of the house and family. He said he couldn’t handle the responsibility anymore.

Savannah has been divorced for four months, and in those months, she became stronger than Jeremy would.

She and her babies had lost the man they thought was their tree.

Savannah’s life had been transformed, too. She would always be her children’s strong, nurturing tree.

To read other stories based on this week’s prompt, visit InLinkz.com.

The word count is exactly 175.