About six months ago, I mentioned that my short story “The Strangers” was being published in John Green‘s anthology “Tales of the Southwest,” available at Lulu.com.

It’s now also available on Amazon, but that’s not the best news. One of the reviews mentions my story and me by name.

END_OF_DOCUMENT_TOKEN_TO_BE_REPLACED 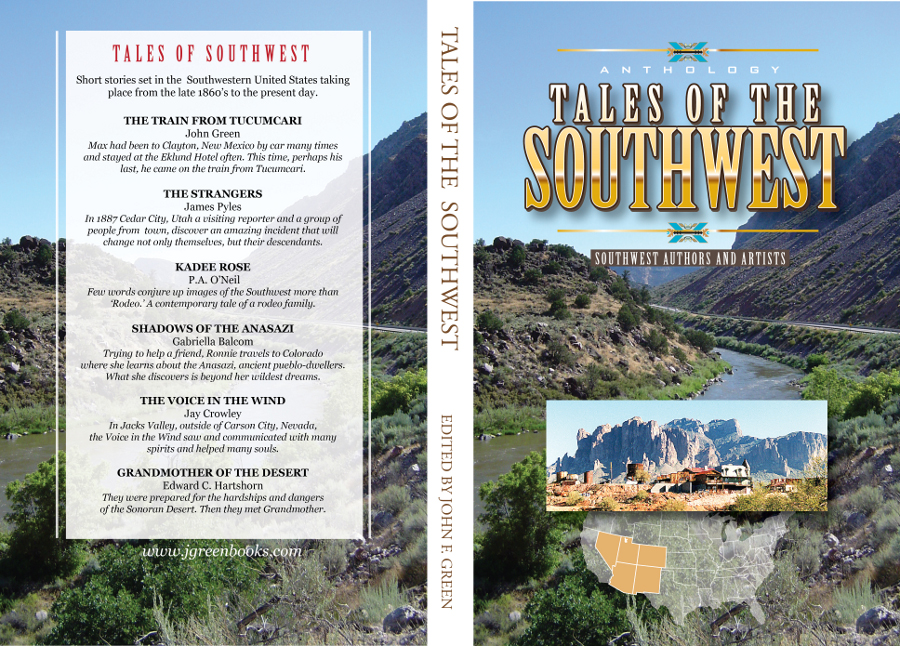 Yes, “The Strangers” is the eleventh story accepted for publication in an anthology this year and it has a slightly unusual history. I originally wrote it for a different publisher and it was rejected. “Ouch,” yes it always stings. However, I read that John Green was looking for stories to be included in his “Tales of the Southwest” anthology on Facebook. I happened to casually mention that I had a story that might fit but A) it’s set in Idaho (not exactly the southwest) and B) it has aliens. He told me to send it to him anyway.

He liked the story, but asked if I could change the location from Idaho City, Idaho to Cedar City, Utah. I did the research and although the presence of the Mormon church in late 19th century Utah complicated things a bit, I made the edits.