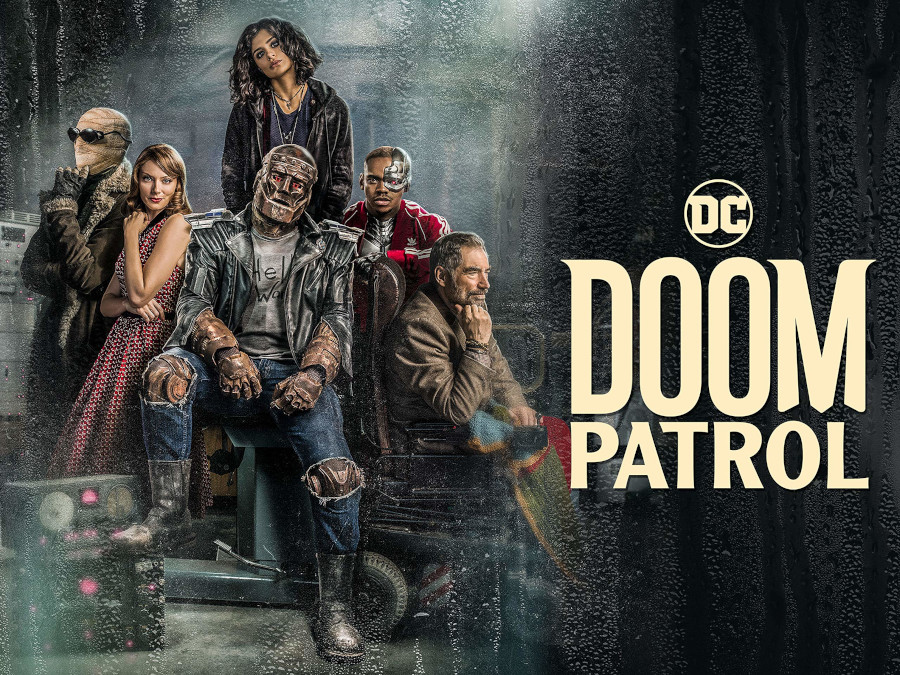 Okay, so I just finished watching Season 1 of the Doom Patrol television show. I noticed that seasons 1 and 2 of the show were available as DVDs at my local public library and I thought, “what the heck?” 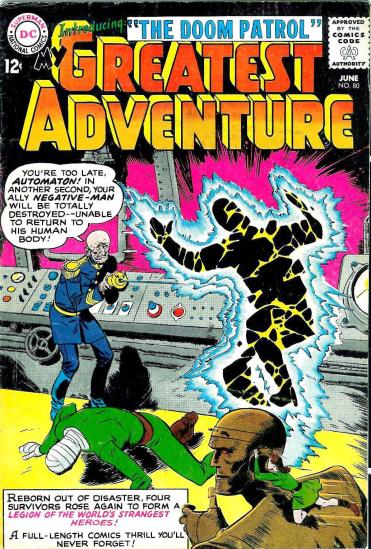 Actually, as a kid, I really enjoyed the old Doom Patrol comic book. First featured in “My Greatest Adventure” comic title issue 80 (June 1963), it chronicled the saga of three misfits forged into a superhero team by scientist/genius Niles Caulder, also called “The Chief.” The original team was made up of Robotman (Cliff Steele), a race car driver who was in an accident so horrific that only his brain survived. The Chief put that brain in a robot body. Elasti-Girl was originally actress Rita Farr who, filming on location, was exposed to a volcanic gas enabling her to grow to giant size or to shrink into a tiny form. Negative Man was test pilot Larry Trainor who flew his rocket plane into a radiation belt. The plane crashed, and Larry discovered that not only was he permanently radioactive, but for sixty seconds, he could project a negative image of himself that could travel at the speed of light and had amazing abilities. The only trick is that N-Man has to get back inside Larry’s body before the minute is up or Larry dies and N-Man disintegrates.

In looking up the full history of the comic book (see above link), I saw that it had gotten a whole lot stranger than it first started out.