Victor sighed in relief as he put on his face and looked in the mirror. Tucking it into the collar of his black turtleneck, he donned the dark brown fedora to complete the transformation. Dark brown trench coat, gray slacks, brown kid gloves, and Victor Montoya no longer existed. There was only his real identity and his real face. Rorschach opened the hidden door that led to the stairwell. Descending, he got to the tunnel and then exited the abandoned power substation to walk the night again.

He’s out there. I’ve been hunting him for weeks now. The fifth little girl disappeared just days ago. With any luck, I might find her still alive, not that luck and I have ever had much of a relationship.

His name is Reggie Manx. Yeah, like the cat, except I think of Manx more like a rat, one who should have stayed in the sewers instead of preying on children.

END_OF_DOCUMENT_TOKEN_TO_BE_REPLACED 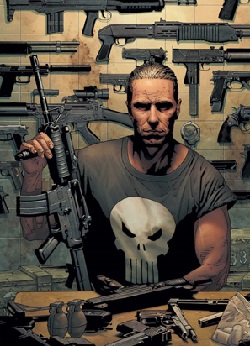 Jiki Commons was at the top of his career and he was only fourteen years old. Ever since his first hit movie “Imps” which was released in 2011 when he was only eight, he was in high demand. Every film he starred in was a huge success. He was already a multi-millionaire and seemingly his acting career had no place to go but up.

But Jiki had a dark secret, actually he had two, but only one person knew about the second.

It had happened for the first time when the boy had just turned ten. A very well-known, very rich, very successful producer named Eric “the Red” Patterson wanted Jiki for his next film about a group of kids who get trapped in a haunted house on Halloween. Jiki talked to his Dad and he talked to his agent, and they both thought it was a great idea. It would be a real boost for the boy’s career.

There was only one catch. “Red” said that he had to pass a “test,” to see if he was ready for Hollywood’s “big leagues.” He said it was perfectly normal in Hollywood for fifty-five year old men and ten-year-old boys to have sex, but Jiki had to swear not to tell anyone. Otherwise, he’d never work in movies again. On the third day of filming, Jiki was in his trailer on location when Patterson opened the door and walked in. He locked the door behind him and Jiki’s silent tears streamed down his cheeks as the producer sodomized him.