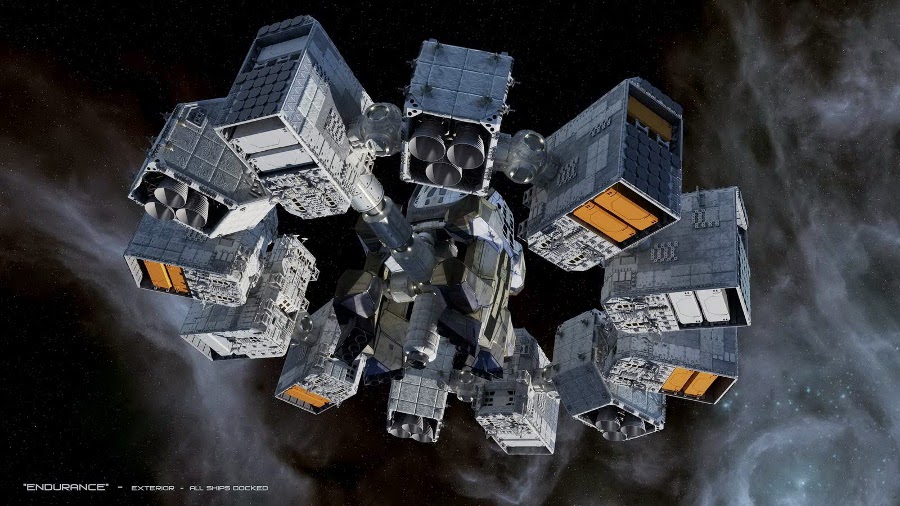 She collapsed next to his container out of frustration but not exhaustion. She never felt tired anymore.

“Trin, if I have to stay in here much longer, I’m going to go nuts.”

“Sweetheart, I hate to break it to you, but you already have.”

“If you hadn’t, then we wouldn’t even be having this type of conversation.” She knew she shouldn’t have said that but she was getting frustrated, too.

“Nil, I wish we could be together too, but you’ve got to be reasonable. Even if I could let you out, you’d die.”

“Now who’s being unreasonable. You’re out there and you’re fine. Why would I die?”

Should she tell him? He was already delusional. Then again, even if she did, he wouldn’t believe it, not in his state of mind. If only she could help him, but she was powerless.

“Fine, get Johansen or Clark to do it.”

“They can’t let you out either, Nil.”

“Well why the hell not?” He was screaming now but she could only hear it in her head.

“Trinita, if you don’t me out of this pod this instant I’m going to lose my fucking mind!!!”

If only the miracle she was praying for would happen soon. He really could lose his mind and if he did, he’d be lost forever.

For the thousandth time, she looked at the update for the pod’s auto-repair system. It was too late for her, Johansen, Clark, and the twelve other officers and crew, but Nil still had a chance if the bloody, freaking repair cycle would kick in and put her husband back into complete hyperstasis.

Nil was right. She had more than enough education and training to manually repair the damage, even scavenge parts from the other pods to make him a new one, but she still didn’t have the ability. All she could do was talk to him and try to keep him calm. If he became too agitated before the pod returned to nominal functioning, he might even trigger the full revival process and then he would be well and truly screwed.

She thought she heard a ping from the repair program.

“What’s going on out there, Trin? Are you triggering the release? I can’t stay in here forever and I’ve missed you so much.”

She was squatting down by the status panel. “Yes, yes, yes. It’s happening. Come on, baby. Do your stuff.”

“Trin, please tell me what’s happening. How much longer, Baby? How soon?”

“Pretty soon, Nil. Less than a minute now if the progress bar holds.”

“Yes it is working, Nil. I promise everything is going the way you need it to.”

Once the repair status progress bar passed 80%, the hibernation pod re-initiated the stasis sequence. In less than three minutes, astronaut and future colonist Nil Brighton would achieve full hibernation, and assuming everything went as planned this time around, in about forty-five years, their ship the Daedalus would go into orbit around the fifth planet in the Ingram B star system.

Their’s was the sixth colonization mission to Ingram. Eight married couples who were qualified astronauts, engineers, botanists and other specialists embarked on the flight from Earth orbit eighty-three years ago, all placed in hibernation pods to be kept in stasis for the over century-and-a-quarter trip.

One of the ship’s Bussard collectors encountered an unusual concentration of iron and nickel particles that the filters couldn’t divert and overheated causing a system overload.

Three redundant failsafe procedures decided to defy astronomical odds and not engage to prevent the power surge. Fifteen of the sixteen life pods on board suffered catastrophic failure and their occupants were killed before emergency resuscitation could occur.

Nil’s pod was damaged and the resuscitation sequence started and then stopped itself leaving the man Trin loved more than her own life in an active mental state but delusional, as if he were dreaming.

But she could hear him. She could hear what he was thinking, what he was dreaming. There was nothing Trin could do but keep him calm and pray that the pod’s auto-repair system cut in before he suffered permanent mental damage or worse, somehow triggered revival. Normally, the emergency resuscitation systems would cause the hibernation vault to pressurize before the pod hatches were released, but they too had failed. If Nil’s pod had opened under those conditions, he’d have suffocated in less than a minute.

When the Daedalus was still a month out from Ingram, ground control would read the ship’s telemetry and realize what had happened. They could override automatic resuscitation upon arrival, take a shuttle up to the ship, and manually operate the controls so Nil could be revived safely.

Trin wished she could be their to see it, at least as a living, breathing woman. However she had died along with the rest of the crew and only her love for the most wonderful husband in two worlds kept her spirit near him long enough to make sure he’d be safe.

“I love you, you beautiful disaster. I’m sorry you’re going to wake up alone. I just hope you remember that I was with you to the very end and beyond.”

I wrote this for #LyricalFictionFriday hosted by Simply Marquessa. Each week, Marquessa presents a different lyric from popular music to be used as the inspiration for authoring a short story or other creative work. The lyric for 11 January 2018 is “…He’s only happy hysterical …I’m waiting for some kind of miracle…” (if you click on that link before the 11th, you’ll get a page not found message, but then again, I’ve never been entirely patient).

I struggled with what to write so decided to check out the full set of lyrics. I still had a tough time trying to imagine what could keep a couple apart who love each other and yet the barrier (or one of them in this case) was the man being a hot smoking mess.

Then I decided just slightly to borrow from the plot of the 2016 film Passengers starring Jennifer Lawrence and Chris Pratt. In the film, a large interstellar passenger liner filled with hundreds of hibernating colonists encounters an accident in space resulting in Jim Preston’s (Pratt) hibernation pod malfunctioning. He wakes up and can’t figure out how to get back to sleep.

Long story short, loneliness drives him buggy and having fallen in love with the writing (if not the person) of passenger Aurora Lane (Lawrence), he revives her pretending it was part of the same accident that happened to him. She eventually finds out he did it on purpose and is really furious at him, but eventually they have to work together to save the ship from a very unlikely situation that would kill everyone on board.

Anyway, I decided to marry “malfunction in space” with “ghost story.” In the accident (which was made up but Bussard Ramjets are absolutely plausible technology), fifteen out of sixteen hibernation pods are destroyed killing their occupants. Nil’s is damaged but repairable as long as the automatic systems come back online.

His wife Trin has also been killed but her ghost or spirit remains on board bound to him by love until she can make sure he is saved. Since she’s non-material, she can’t physically make any repairs, but she can stay by her husband and try to keep him calm until the auto-systems take over again.

I hope you liked my unique take on the prompt which is yet another of my highly unusual “romance stories” written for this weekly challenge.