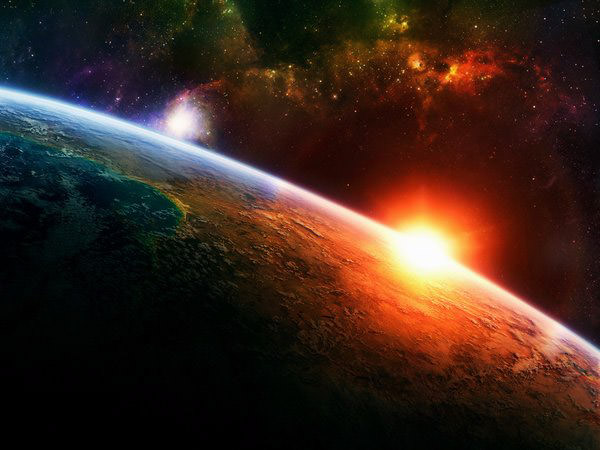 “Come here, Kiara. About time you got home…wait. What’s wrong?” Travis Bridges pulled his wife close to him in their bed. It was six in the morning ship’s time but she’d just come off of her duty shift planetside at the Metzger colony.

Kiara buried her face in Travis’ chest and sobbed. He could barely hear her muffled words, “It was horrible, Trav. Chief Spencer tried to warn us, but none of us thought it would be that bad.”

“What are you talking about? What’s so bad about servicing the colony’s power distribution system? I mean, we do contract with the colony worlds in this sector to maintain their tech.”

“You don’t know about Metzger, do you?” She looked up. Her dark eyes dilated in the dim light were ebony pools he could swim in.

“I read the general briefing on the colony. They’re isolationists and a little xenophobic and…”

END_OF_DOCUMENT_TOKEN_TO_BE_REPLACED

“I love you, Amelia. I have always loved you and I will always love you.”

“I wish I could believe that, Nick.”

All of her friends thought Amelia was being totally unfair to Nick. They’d been seeing each other only for a couple of months, but he seemed like the perfect man. He was handsome, charming, successful, and very romantic, but not so much that he seemed creepy.

However, Amelia knew a lot more about Nicholas Tucker than any of them could possibly imagine.

END_OF_DOCUMENT_TOKEN_TO_BE_REPLACED

Even knowing this is what her father wanted, what she wanted, Zachary wasn’t sure he could do it. He loved Deborah very much and he believed she still adored him. It was only because of their love for each other that he was now walking across the manicured lawn in the back of his estate in the bright morning sunshine contemplating murder.

No, it wouldn’t be murder for the simple reason that she was already dead; dead, interned, and yet not dead.

The small duffel bag felt heavy in his right hand, not due to the weight of its lethal contents but that of his heart. He’d almost accepted Peretz’s offer to help him, but it would have been a terrible burden to place upon a father who had lost his only daughter once and now was about to lose her again. Yes, he was losing her, but he had convinced him that as her husband, he had to be the one to save her.

END_OF_DOCUMENT_TOKEN_TO_BE_REPLACED

I see you looking at me
Like I got something that’s for you
And the way that you stare
Don’t you dare
‘Cause I’m not about to
Just give it all up to you
‘Cause there are some things I won’t do
And I’m not afraid to tell you
I don’t ever want to leave you confused.

“I’m sorry I’m not what you expected, Gerald.”

“But Peggy, this is impossible. You’re supposed to love me as much as I love you.”

“You don’t know the meaning of the word ‘love’.”

Gerald and Peggy had been together for over three years and he had given her everything. He bought her the finest clothes including exclusive brand-name lingerie, gave her a comfortable place to live, expensive furniture, especially the king-sized bed. She wanted for nothing and for that three years, she gave him everything she had to give in return…except true love.

END_OF_DOCUMENT_TOKEN_TO_BE_REPLACED 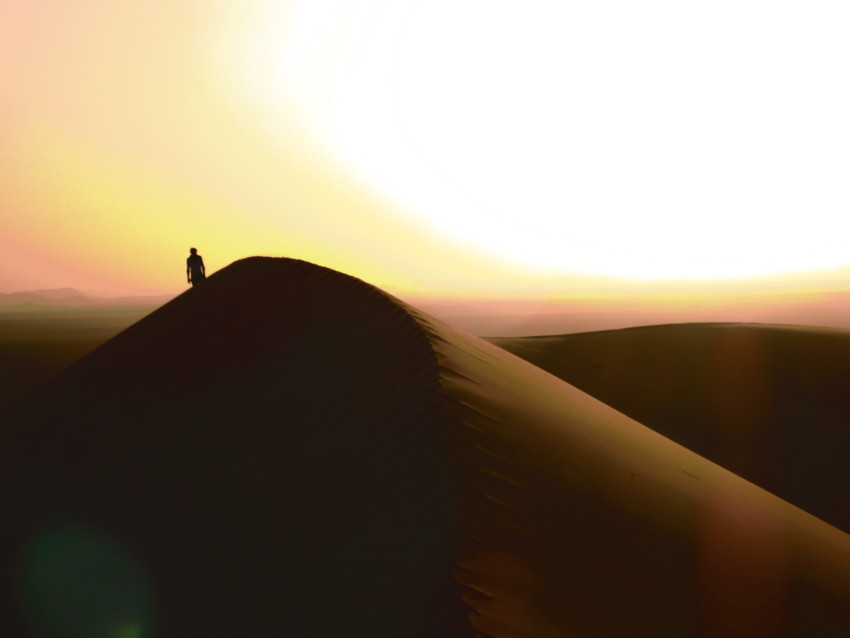 Found at a travel blog

This wasn’t Yunin Obia’s first pilgrimage to the Holy City for the Festival of Qet but it would be her last. Every devotee of the God Slaz was required to travel to the great city of Shilarbor once every year for the Qet when Barkon’s orbit brought the planet closest to its sun. Motorized ground or air transport was allowed but it was considered a greater act of piety to make the journey on foot.

Yunin was healthy and relatively young and so encased in her skinsuit with the required possessions for the festival strapped across her back, she trudged across the soft sand from dusk until several hours after dawn each day stopping when it became too hot to go on. Then she slept in her insulated body tent until the desert permitted her once again move forward.

Occasionally, she would see another pilgrim in the distance. Sometimes they travelled in groups of three or four, but again, the greatly pious made the trip on foot and alone. Yunin had chosen an approach that was distant from aircraft flight paths and vehicle roads to accentuate her solitude. It also made it possible to hear the God Slaz’s voice a little sooner. She wanted to see if He knew what she was planning.

END_OF_DOCUMENT_TOKEN_TO_BE_REPLACED

I’m dead and it’s all her fault. Oh, she didn’t actually murder me, but she knew it was dangerous. Well, that’s unfair. I was dying anyway. I had nothing to lose and she knew it. She was actually trying to help and I even agreed, but if I’d said no, I might have had a few more weeks or even months.

We met at a “Pagan Pride” event in Oak Park near Chicago. The place was actually pretty impressive compared to what I was used to. I’d just hit “the Windy City” and was staying at a cheap hotel wondering what I was going to do next. Kenadee had a little apartment on the South Side. She normally didn’t hook up with guys the same night she met them, but I have that affect on people.

Neither of us were exactly “pagan” people. They tend to be pretty nice and harmless, Crescent Moonies, Wiccans, and Heathens who pull together for local charities and social causes. I only went because they were having an open house and the food was free, plus they aren’t nearly as judgmental as churches, synagogues, and mosques.

She was there because being a witch, she had no other place to go for a social outlet plus she has a soft spot for puppies and they were having a fund raiser for the animal shelter.

END_OF_DOCUMENT_TOKEN_TO_BE_REPLACED 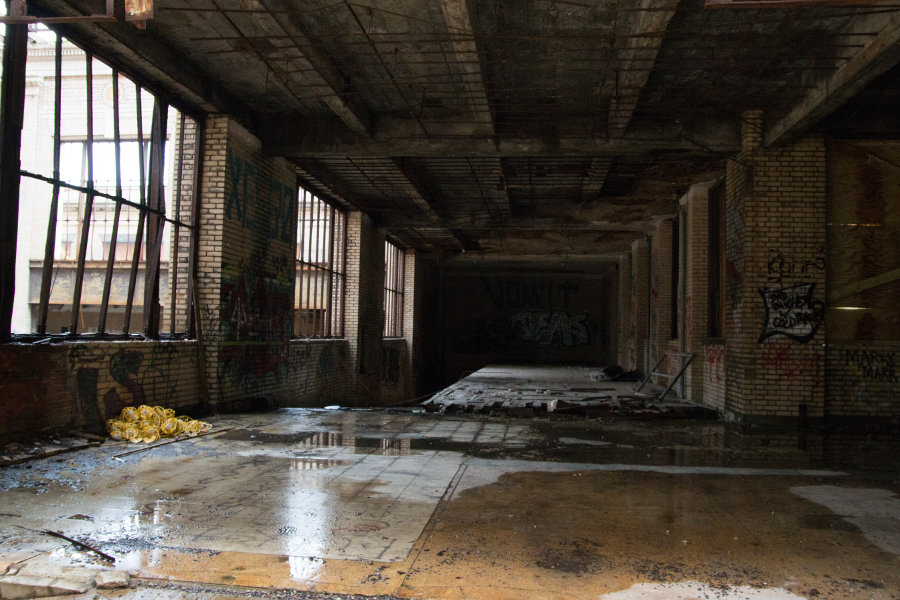 “…I’m living in an empty room, with all the windows smashed…”

The Sixth Chapter in the Undead Life of Sean Becker

It was still an hour before dawn. There would have been a time when he’d already be on his way into work from the East Bay. The population of San Francisco increases by nearly 300,000 people Monday through Friday due to workers commuting into the City. Sean tried for forget that he used to be one of them.

He knew that the two floors of the warehouse above Antonie’s lair were occupied by a highly dubious and most likely illegal population of artists and “undocumented immigrants,” but he had never thought to visit them before. He stood in the doorway. Normally he would take the set of stairs leading downward but he was distracted by a familiar voice.

“Why not see how the other half lives, Sean?”

He looked ahead and he recognized her but couldn’t remember where from.

END_OF_DOCUMENT_TOKEN_TO_BE_REPLACED

Stock photo of a bearded man in a suit

“As you can see in this EEG readout General, our Receiver subject’s brain waves are changing, beginning to match those of the Sender subject’s patterns we can see here on the remote receiver.”

“How far away is the Sender, Dr. Targ?” Brigadier General Nathaniel J. Stuart had been briefed on the technology involved in Targ’s and Puthoff’s experiments and he felt that the extraordinarily sensitive nature of their work required he view the preliminary evidence without being accompanied by his aides.

“Approximately half a mile, General.”

“And there’s no way they could possibly be in communication through conventional means. What about the EEG devices? Could they be connected in some way to produce this effect?”

END_OF_DOCUMENT_TOKEN_TO_BE_REPLACED 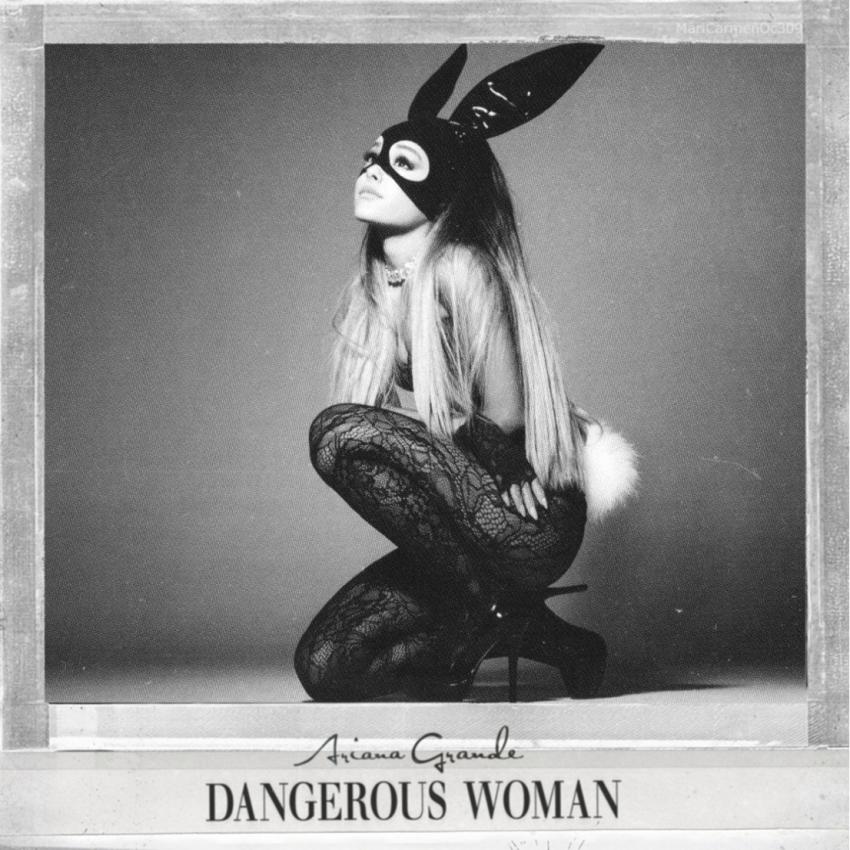 From the cover of the Deluxe Edition of the Ariana Grande album “Dangerous Woman.”

“Somethin’ ’bout you makes me feel like a dangerous woman…”

The latex bunny rabbit suit complete with matching mask and ears made her at once seem totally ridiculous and incredibly sexy. Anybody who had ever wanted to fuck Babs Bunny definitely wanted to screw this Ariana wannabe…that is until she pulled the 12mm Uzi from behind her back and started firing into the crowd of fellow cosplayers, celebrities, and comic book fans.

The instant she depressed the trigger, the chorus to “Dangerous Woman” started blaring over the loudspeakers throughout the main floor of the Boise Centre on the Grove convention center, providing musical accompaniment to murder.