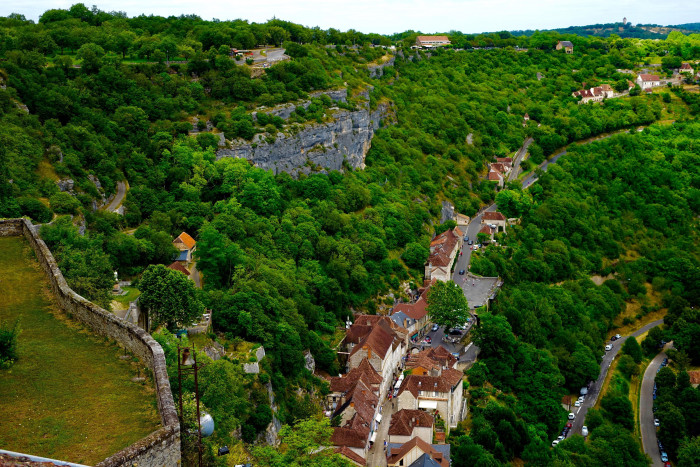 It was a beautiful morning in early April, and from his position at the old fort, he had a wonderful view of the town below. Although it was overcast, everything seemed so fresh, the trees lush with greenery, the people driving and walking along the streets and byways. It was so peaceful.

He looked at the bell suspended just below and to his left. It had been ages since it rang the alarm. No longer did the people have to fear air raids, and the threat of an invasion was a distant memory that children now studied in their history texts.

There was no reason for him to remain at his station or so it seemed. He had discharged his duty and died at his post decades ago.

But the world was not safe just because the dangers were not obvious. Children were dying in Syria from chemical attacks, and although firearms were largely outlawed there, terrorists had turned to murdering with knives in London.

There was nowhere in the world truly safe, which was why the old sentinel remained on guard. When they came for his people, he would sound the alarm again to save them.

I wrote this for the Flash Fiction for the Purposeful Practitioner challenge of week #15. The idea is to use the photo above as the inspiration for crafting a piece of flash fiction no more than 200 words long. My word count is 197.

The platform on the left reminded me of the ruins of an old fort, and the town could be in an unspecified area of Europe, perhaps Scandinavia. So my old soldier is a ghost who died during World War Two, and yet who continues to do his due and guard his people. As I’ve suggested in the body of my story, the world is never truly at peace.

P.S. This photo challenge doesn’t have many participants, so if you have the urge to write, please consider contributing a wee tale. Thanks.

7 thoughts on “The Ancient Sentinel”