At first Alise Egan thought she had been trapped in a cursed painting of herself facing an ocean wave, but then she realized it was an interdimensional gateway to another reality. In the painting, the twenty-two year old MIT graduate looked much as she appeared in real life, tall, what her billionaire benefactor, the painting’s owner Keyne Harlan and men of his generation would call “curvy,” long, blond hair streaming behind her along with her extravagant crimson gown, a ostentatious gift from said-benefactor, the man who adopted her after her parents died.

But once across the chaotic field of alabaster and sapphire, she entered the realm of the dead. Well, that’s what they had wanted her to believe, all of the non-corporeal entities who inhabited that realm. Two of them had initially passed themselves off as her dead parents, but then she saw them for what they truly were, invaders intent on using her as a bridge from their world to hers for reasons unknown and undesired.

But one of them said, “Physical laws don’t apply here. There’s no difference between science and magic.” That’s when she realized she could do anything, and so she did. Alise pushed back, at first driving a few away from the threshold, then hundreds, then thousands, and finally all that there were, millions and tens of millions.

“Where am I? What is this ‘grayland?'” Unlike her experience at the threshold, there was no color, only grayscale, as if she were living, not in an oil painting, but an old photograph, something taken more than a century ago. Looking at her hands, she appeared the same way.

“This is who we are, Alise.” The one who tried to trick her into believing he was her Daddy, the long deceased physicist Daniel Charles Egan, had resumed that form, but now he was like everything else, a dim gray ghost. “You asked, remember?”

“You are really dead?”

“Perhaps it seems that way. Perhaps we are.”

“But I saw you at the threshold when you changed. You’re not human.”

“In a fundamental way, neither are you right now, Alise. Not anymore. We are changed by the transition. You have no idea what sort of Hell it is to be trapped here for time out of mind. No day, no night, only a vague, grayness, and a chill to the bones if we had bones.”

“What happened to you?” She was looking at the ruins of a building surrounded by a copse of trees. Figures were moving slowly in the distance, ephemeral shapes, much like the image of Daniel and herself.

“An accident, must like the one that caused your Father and his research team to vanish seventeen years ago, as you count time.”

“Daddy was working on an experimental interstellar quantum drive, building it for Harlan Enterprises. Everyone said it couldn’t work.”

“It did, but only in a manner of speaking, just as ours did, only ours was a full-scale model, not a prototype.”

“Then your people are from another planet? You must have been working on the same principles as Daddy’s drive. I studied his work when I got old enough and became a physicist like him. I always thought I could find a way to correct Daddy’s mistake, redeem his reputation.”

“That’s why you’re really here, Alise. We thought if we could go back, we could change things, stop the accident.”

She turned back toward the spectre. He still looked human, but not like Daddy. “What do you mean? Stop Daddy’s accident or yours?”

“Yours, Alise. You see, if events move forward as they originally did before you came here, in ten years you will build another prototype. It will be successful, at least apparently. You inherit Keyne Harlan’s corporation after he dies, and use his wealth to build a full-scale drive unit. When you activate it, the effect causes a global disaster destroying Earth’s biosphere and killing billions. Only a few million, us, survived, if you want to call it that, existing in a pocket of subspace, a hideous caricature of what life used to be like.”

The young woman took several steps back, looked around and then back at the author of this horrible revelation. “No. I can’t. I wouldn’t.”

“You don’t recognize me. We haven’t met yet from your point of view, but we will unless you change things.”

“When you drove us away from the threshold, you ended our last chance at returning to life, but you can still go back. We can’t stop you, and believe me, if we could, we would. Anything to prevent this from happening.”

“My name is Gordon Franklin Tucker. We met when you were recruiting engineers for your quantum project. We fell in love. Alise, I’m your husband, or what’s left of him. If you’d like, I can take you to our children. They’re both here, but like your Father, you never made the transition. You simply died.”

“No! No more. Please, no more. Out. I have to get out.” Alise ran away from the trees, the building, and away from him, careening through the fog and mist. Then there was a roar and she was drowning in a sea of blue and white energy. It was the threshold. The crimson gown was back, swirling around her supple body like an angry storm. “Let me out. Let me…”

Then she was back in Keyne’s study, surrounded by his private art collection. The parchment he had been holding, the one with the incantation on it that sent her to the other world, was still clutched in his cold, dead fingers. The coroner would call it a heart attack, and in his will, he left her everything. She became the wealthiest woman in the world, and one of the most brilliant.

After Keyne’s funeral, she burned it all, the parchment, the painting, and all of her father’s notes on the Quantum Drive. Did she change history or just create a different timeline? She’d never know because she’d never dare to explore the terrible possibilities.

The Harlan Enterprises board of directors insisted on holding a gala for her twenty-fifth birthday. Even the Vice-President and his wife attended along with several members of Congress. It was boring, but it was one of Alise’s obligations as the Owner and President of the corporation.

“Excuse me. May I have this dance?”

Alise had been looking over the main dance floor from the balcony and hadn’t heard him walk up. She turned around and froze.

“Hey, I know I’m not the best looking guy in the world, but surely I’m not that bad.” He had a charming, boyish smile, but unfortunately, his face was all too familiar.

“My name’s Gordon Tucker. No need for you to introduce yourself, but I was serious about that dance. How about it?” He held out his right hand expectantly, innocently.

Without a word, Alise turned and walked away from the puzzled Mr. Tucker, hoping fate was merely toying with her rather than announcing that it was inevitable.

I authored this tale for Thursday photo prompt: Spectral #writephoto hosted at Sue Vincent’s Daily Echo. The idea is to use one of Sue’s original photographs as the prompt for crafting a poem, short story, or some other creative work.

I used it to create the sequel to The Other Side of the Storm, which I wrote for a completely different challenge a few days ago. I encourage you to go back and read the first story, but hopefully, this missive stands on its own.

Here’s the original image that inspired the first story: 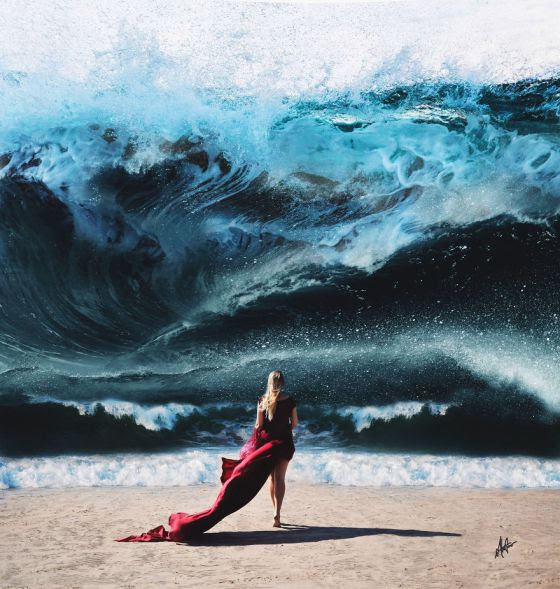 P.S. I’m also going to use this story for the Tale Weaver #188 writing challenge hosted at Mindlovemisery’s Menagerie.

16 thoughts on “The Grayland”